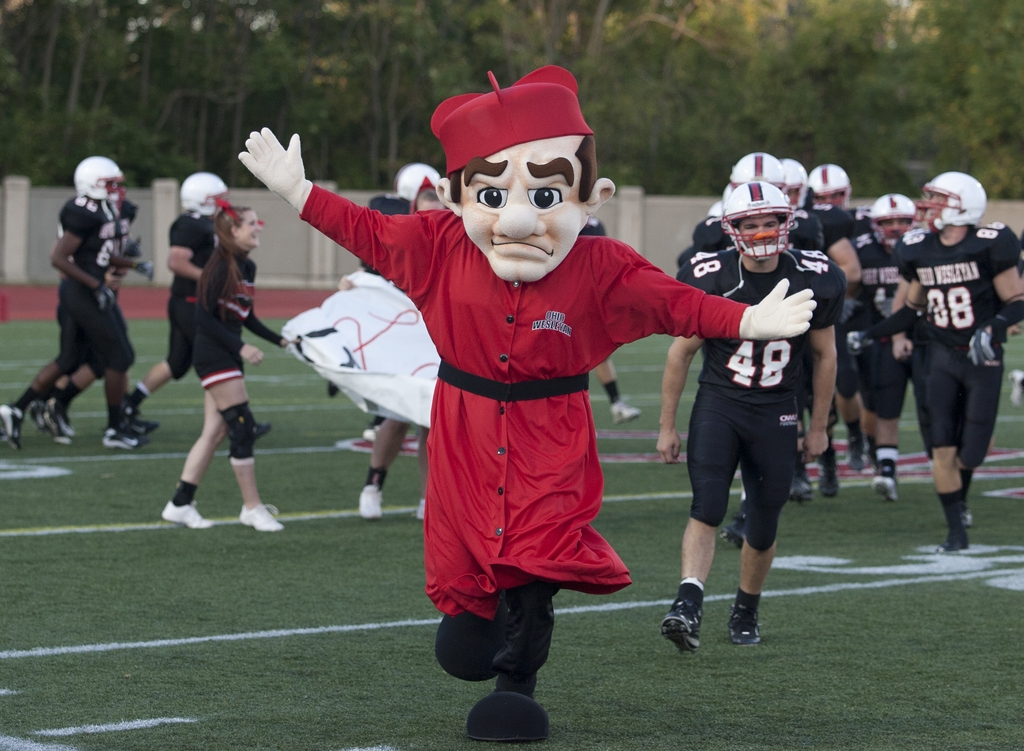 The 32 NFL franchises are not the only teams going through preseason right now. Don’t let the lack of television coverage fool you.

The Battling Bishop’s 2015 fall seasons have begun like any season should: two-a-days, sprints, sweat, optimism and a clean slate.

With the meat of schedules approaching, fall sports are set to battle, but not after going through preseason.

Volleyball and football are picked to contend for North Coast Athletic Conference (NCAC) titles, while men’s soccer is seeking to defend its NCAC crown.

“Preseason is always tough to get through, but it’s supposed to be,” men’s soccer senior captain Evan Lee said. “It was a good one. One of the best since I’ve been here. We’re all excited to start playing against people other than us and this team is capable of winning the conference again.”

Ohio Wesleyan is quiet over the summer. To have teams and student-athletes back on campus makes Athletic Director Roger Ingles delighted.

“It’s a fun time when everyone starts coming on campus,” Ingles said. “First, you have football and then all the other teams come in. To watch campus come alive is fun.”

For the Battling Bishops, this season will begin with freshmen stand-outs and senior leaders.

“We have a great coaching staff and they do a great job of getting everyone ready,” Ingles said. “Seeing everyone compete and the improvement that happens is the best part.”