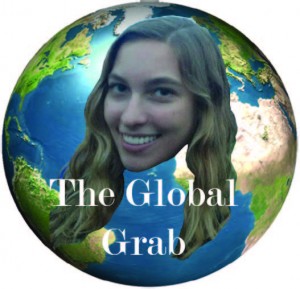 The Palestinian president has changed his tune on the Holocaust. Abbas called the Holocaust “the most heinous crime to have occurred against humanity in the modern era,” according to the New York Times.

The timing of this announcement comes before Israel’s annual memorial for victims of the genocide. It also comes at a time during the United States-backed peace processes in Israel. Abbas was also known as a Holocaust denier. According to the New York Times, “…he challenged the number of Jewish victims and argued that Zionists had collaborated with Nazis to propel more people to what would become Israel” in his 1983 doctoral dissertation. The AP says “Israelis frequently claim the Palestinians are not sincere about wanting peace.”

These comments come when Abbas’s political party, the Fatah group, and its rival Hamas are trying to broker a deal to form a new unity government, said the BBC. Israeli Prime Minister Benjamin Netanyahu was not a fan of the comments. “President Abbas can’t have it both ways,” he told CNN. “He can’t say the Holocaust was terrible, but at the same time embrace those who deny the Holocaust and seek to perpetrate another destruction of the Jewish people.”

Though other news headlines capture attention, the three-year long Syrian civil war is still going on, and people there are working toward progress.

The United Nations set a June 30 as a deadline for the total destruction of Syria’s chemical weapons. However, the Syrian government wanted to remove its 1,300 tons of chemical substances by April 27. Al Jazeera reports 92 percent of the arsenal has been shipped out of the country or destroyed.

According to the BBC, most of Syria’s chemical weapons substances exist as separate materials, and become toxic once they are mixed together.

“If Syria completes the process, it would be regarded as a critical step toward demonstrating its commitment to eradicating its entire chemical weapons program by the end of June…” wrote the New York Times.

The Issue: Sainthood for Two Popes

In an historic event, Pope Francis elevated his predecessors John XXIII and John Paul II to sainthood. According to the New York Times, this is the first time two popes have been canonized at once.

The event garnered large crowds in Rome. The Vatican estimated about 800,000 people went to Rome to see the event first hand, according to the BBC. Joining the festivities was former Pope Benedict XVI, the first pope to resign in over 600 years. He stepped down last year due to health reasons.