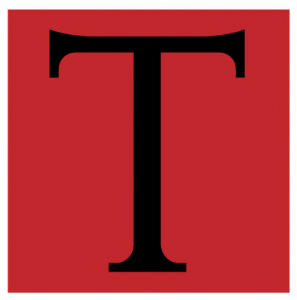 Reporter vows to do away with excessive materialism in 2015

By some people’s standards, you might say that I live a life of excess. By some standards, we all do. Consumption and consumerism is key in today’s Western world. We’ll buy the latest iPhone, the newest flatscreen TV, the latest iPad air so we can stay relevant. Nobody wants to look “outdated.” I, too, am guilty of this. But in 2015, for me, this is all changing.

Recently, when I was doing research on materialism’s effects on happiness for one of my classes, I learned that those who have significantly fewer material items spend more time focusing on doing the activities they love and spending more time interacting with the people they love and/or care about.

In addition to wanting to have the latest and greatest in technology, we buy things to fit in and look hip, and up to date. I’m guilty of this one, too. Granted, more so when I was younger than lately; I always had to have the latest iPod that had come out, and sadly, I got excited when a new operating system update came out for my shiny new iPod. Maybe this was just me being a young, nerdy tech-weenie, but part of this was also just my desire to have the latest in whatever the corporate world would sell us. But I needed that feeling of having something brand new. Something that only a select few would have. I wanted to look cooler.

A 2007 study out of the University of Colorado at Boulder states that “those who pursue materialism are actually liked less than their peers.” Someone should have told 17 year old Caleb this.But 21 year old Caleb has gotten the message. But before you jump to conclusions, I’m not changing my ways to be liked more by my peers. I’m changing because I want to be happy. Don’t get me wrong: I am so incredibly happy with my life. I have amazing friends, a supportive family and a girlfriend who is constantly encouraging me to be the best version of myself, a job, and I’m getting something so many people work so hard for and that many never get the opportunity to have: a college education.

Nevertheless, I’ve realized I have way too much shit that I don’t need: clothes (though a variety of different weather options in my wardrobe are necessary because of where we live), as well as random little things that I seem to have acquired over the past three and a half years here.

This is why, in 2015, I will be partaking in the “100 items or less” challenge. The challenge was inspired by an Oregon couple written about in the New York Times a couple of years ago. Basically, the article is about an investment banker and her husband were living the American Dream of excess and materialism. One day, they realized they weren’t happy. They decided to partake in the challenge.

Exactly as it sounds, I will be donating the vast majority of my possessions that I don’t really need or that don’t carry any sentimental value. Those can stay. With the exception of school supplies, I will be limiting myself to 100 possessions. I’d rather be focused on spending time with the people I care about than being wrapped up in the shit that I have. I don’t own a TV, an X-Box or any other kind of video game console, I do have a small speaker (because listening to music is my escape), however I am cutting myself off at that. If I want to watch a movie, I have my 6 year old laptop and Netflix.

Loosely inspired by the life of Christopher McCandless, (the man behind the book/film Into the Wild) a college graduate who burned all of his belongings and took to a life of adventure, meeting new people, and becoming one with nature, until it eventually killed him. But he never stopped traveling. Everything he owned, he was able to carry on his back. I don’t want to be tied down to a certain place because it’s filled with all of my personal belongings. I want to be able to up and leave on a moment’s notice. Perhaps this makes me a wannabe nomad.

I can’t take full credit for this idea. My girlfriend has been saying she wants to do something like this for months. I’m just sick of talking about it. I’m ready to do it.

We often look down at “third-world countries” for not being advanced as us, and for not having as much as us. However, plot twist, what if they’re happier than us, which would thus make them, at least in my mind, more advanced? An independent study by the World Happiness Organization came out and said that the second happiest people in the world, based on their research, are in Central and South America.

I want my life to be defined by the memories I’ve made, the people I’ve met, and the places I’ve been, not by the things I own. So don’t call me a radical.

I just hope my pursuit of happiness can inspire some others to follow suit and ditch the excesses of our modern culture for a more simpler, interacting-with-people-rather-than-our-belongings lifestyle.