An experimental theatre troupe performed at Ohio Wesleyan to a semi-packed Gray Chapel.

It was Bread and Puppet’s second time performing at OWU in the last four years.

The troupe invited OWU theatre students to perform alongside them, giving them only three hours of training and rehearsal before the performance.

Junior Sarah Shulman was one of the theatre students to perform on Tuesday, April 20.

“It’s very visceral,” chimed in junior Hannah Simpson, another theatre student who performed in the piece.

“The cockroach is the symbol for the underneath the above system. It’s a despised little thingy of an animal region that was not much visited by humans and it’s the survivor of many disasters already and possibly of the future, (the) survivor of new events,” Schumann said.

The event was a house project for seniors Noah Manskar and Rob O’Neill, both of whom live in the Peace & Justice (P&J) House. Manskar is on the journalism board at OWU, and has ties to the Transcript.

When asked what he hopes audience members took away from the performance, O’Neill said, “To always question what people in power tell you.”

Manskar and O’Neill said the visit, which cost $2,725, was paid for with donations from academic departments, organizations, clubs, or other Small Living Units (SLUs). According to O’Neill, the Wesleyan Council on Student Affairs (WCSA) denied funding for Bread and Puppet’s visit.

“I think it’s great that the students were so resourceful in getting funding all on their own for this,” said Ed Kahn, professor of theatre and dance at OWU.

Schumann, a recent émigré from Germany, is the founder of Bread and Puppet. He began in 1960 in New York City and began touring all over Europe, as well as in the U.S., in places like San Francisco and New England, according to the group’s website.

Last full senate ends with eyes to the future

Taking the post-OWU plunge into "the real world" 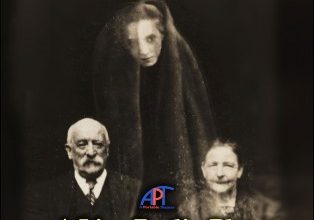