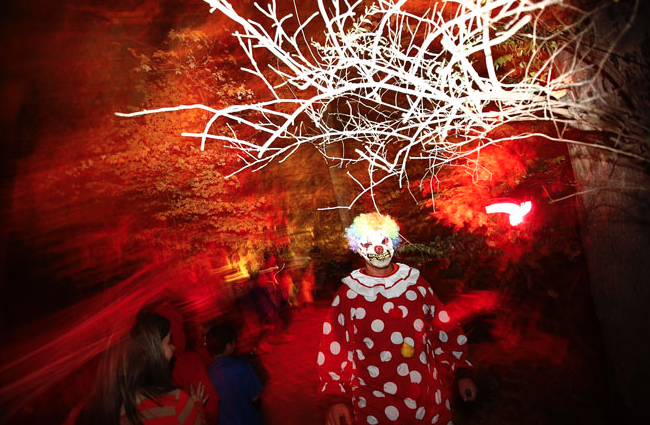 As an employee in the admissions office, I get the question, “Is your campus safe?”

In my three and a half years here, my answer has always been “yes,” but recently, if I am honest to prospective students and their families, I would say I no longer feel safe.

What probably started as an innocent joke has turned into something that has brought a sense of fear over students as well as people in town.

I first heard about the “clowns” in Delaware when I was at Big Brothers, Big Sisters meat Willis Elementary School where they were talking about a clown who had chased them in the park.

When I heard that, I was concerned, but I thought, “Oh, it’s just kids being kids around Halloween.”

A few weeks later, I heard that a 13-year-old girl had been chased down Spring Street and the report said the man tried to grab her, but the girl ultimately freed herself. The girl never should have been chased in the first place.

This was just the beginning.

After, it was reported that someone broke into the Delta Delta Delta sorority house on Winter Street and multiple students have seen people in clown masks lurking around campus.

As many sororities head over to Winter Street for chapter on Sunday nights, there was a report that one woman was chased on her way to chapter, which sent a red flag to all the women walking back to campus from that street.

The fact that these commonly used areas are not well lit and not well populated creates a danger for all students on campus.

According to Facebook, I am not the only student who has opinions on this issue.

Sophomore Faith Best posted on her Facebook, “I have always felt safe in this town. I grew up here. I go to college here. I practice caution.

“That was until yesterday. Last week, we heard reports of a man in a clown mask chasing a 13- year-old girl near campus. Followed close after were reports of attempted break-ins at a sorority house.

“Yesterday, students were chased by masked men. Another was followed by a hooded man on a bike.

“Two men in clown masks were reported being seen outside my residence hall. A group of men came running toward another student outside a sorority house last night. Suddenly, caution doesn’t feel like enough.

“Why do I have to feel terrified to walk a half a block by myself? Why does my mom have to worry that I might get attacked?

“Why do my roommates have to prepare to call the police if one of us isn’t back to the room when they say they will be? Why does everyone have to hold their keys between their knuckles when they walk from their cars to the doors?

“Is this supposed to be funny? Is that really the world we live in where it isn’t a practical Halloween joke to chase women and girls with knives?”

I am hoping that these incidents are isolated and are people just trying to pull some horrible Halloween pranks. I have also noticed how dark parts of campus are at night as I have been hyper aware on my walks home.