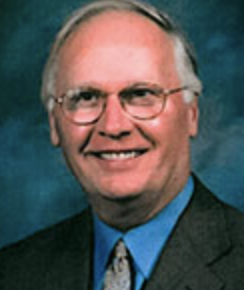 While Ohio Wesleyan was originally Patrick Huber’s backup plan for college, it ended up being his best plan.

For admission to the academy, Huber was required to pass a physical examination. His examination took place at Wright-Patterson Air Force Base, just east of Dayton, Ohio, about two and a half hours away from his home in Tiffin, OH. However, Huber failed the exam due to his eyesight because he did not have 20/20 vision.

With 20 minutes left in the nearly three hour drive home, Huber’s father broke the silence of the car ride and said they needed to come up with a backup plan for  attending college.

Huber graduated with the class of 1962 and continues to share his passion for OWU with prospective students. Huber has now been recruiting for roughly 15 years in the Lima, OH area.

Huber stresses the importance “comfort”, which he believes is critical to the college selection process. “There’s no scientific formula for finding a college. I say when you get to that place where you really have a comfort level, that’s probably where you should go to school,” Huber said.

“The most rewarding part is meeting the young students and then hearing them say they’re going to be a Bishop. To be able to watch them grow and hear their experiences at OWU … [it’s] probably more rewarding for me than to them,” Huber said.

Huber can be found at different OWU sporting events, cheering on the many Battling Bishops he has helped bring to OWU.

Huber graduated with majors in both economics and political science. During college, he played on the football team for his first two years before a knee injury ended his career. His Senior year he joined the track team. Huber was also the Circulation Manager for The Transcript his final two years at OWU.

Huber was also involved in Greek Life as a member of Phi Gamma Delta (Fiji). He held the position of pledge trainer. As an alumnus, he was heavily involved in the process of reestablishing the fraternity on campus.

Within the Football Advisory Board, he helped launched a mentoring program that helps juniors and seniors find internships, jobs and supports students who want to go to graduate school. The program started this year and Huber hopes other sports teams will start a similar program within their organizations.

Huber, along with three others, are recipients of the Alumni Award and will be recognized at alumni weekend in May, the following weekend of commencement. The Alumni Award is given to alumni who demonstrate outstanding service to OWU.

Huber is a supporter of the 2,020 students initiative and plans to help achieve that goal as best he can. Other ambitions of his includ updating the seating in Branch Rickey and increasing OWU’s endowment to make the university more financially stable.

“I have a passion for the university. I think there’s so many great young people here and it’s important for them to have the opportunity to succeed and go on,” Huber said.