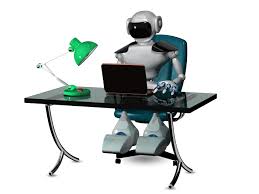 By Areena Arora, Letter to the Editor

Automated stories would mean no employment for me as a journalism major, but it is so fascinating a concept, I cannot help but fantasize about it.

The future of journalism is one intertwined with technological advances that seemed impossible a decade or so ago. But in pursuit of speedy digitized reporting, it is easy to lose track of the bedrock principles of journalism—unbiased sharing of information to hold governments and corporations accountable to serve the best interests of people. The intersection between technology and journalism is a vital part of how social media outlets operate.

Facebook and Twitter have now blurred the lines between traditional sources of news and given citizen journalism a life of its own. In a time period like this, the news industry is de nitely headed next in a direction where survival is highly dependent on innovation.

Every time there is more digitization in any industry, productivity increases, but at the cost of human jobs. The news industry is no exception.

The right formula for success in the field, therefore, would be to be a journalist who is also a technologist and one who thrives on the ability and skill set to maneuver computers and data with the curiosity and perseverance of a journalist.

The idea of a future where virtual reality takes over traditional forums of journalism doesn’t sound impossible, although it’d be fascinating to see how that is made a possibility.

Virtual reality has already been used for many immersive digital media projects. But the challenging part is to find a way to make it accessible to the masses.

Perhaps a revolution like social media will make it possible, but even with the futuristic methods of news reporting, the founding ideals of being a journalist seem permanent.