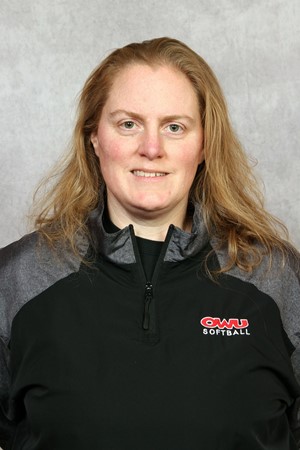 The Ohio Wesleyan University softball team is banding together to support one of its own.

Shelley Johnson, assistant softball coach at OWU, was diagnosed with stage 3c ovarian cancer last October. After her diagnosis, the team rallied to help her, dedicating their annual Strike Out Cancer event to helping pay for Johnson’s treatment. As a part of their effort, fundraiser was held at the Hamburger Inn, of Delaware, on April 4. They will also donate all proceeds of a double header, scheduled for April 13, to Johnson’s treatment.

Johnson expressed her thankfulness for the support of her team.

“I feel very fortunate by having all of the team support. Not everyone going through this has the family support that I have, let alone an entire additional team.” Johnson said. “From the current team and coaches wearing teal bracelets, alums sitting at chemo with me and sending cards and books, to parents of former players sending their support, I feel lots of love from my OWU softball family,” Johnson said.

Sophomore Baylee Small, a member of the softball team, is happy to help Johnson in her time of need.

“I get the opportunity to support her all while playing the game I love, and that’s an indescribable and memorable experience,” she said.

Small described Johnson as an incredibly supportive person. “Shelley is the most selfless person you will ever meet,” Small said.

The team has struggled with not having her around to encourage and support members. “Not having her unmatched humor around recently has been difficult, but we have full confidence that Shelley is gonna beat this and be back in full swing,” Small said. According to Kayla Richard, interim assistant women’s softball coach, the Strike out Cancer event has been affiliated with the National Fastpitch Coaches Association in the past, and that last year, the team worked with Play4theCure, a program created by the National Foundation for Cancer Research. This year, she said, the team is working on its own so that all proceeds raised at the event go to Johnson. The doubleheader will be held at 1:00 p.m. and 3:00 p.m. at Margaret Sagan Field on April 13. The team will play against Allegheny College, and Johnson will throw the first pitch herself.

One thought on “Striking out for one of their own”