In August, the India government stripped statehood away from Kashmir, turning what was an Indian state into a federally controlled enclave, according to The New York Times. Pakistan also claims Kashmir as part of its country. People worry that India’s move could lead to another war between the two nuclear-armed countries.

A Pakistani and an Indian student at Ohio Wesleyan University were asked by The Transcript for their opinions about their respective country’s position regarding Kashmir.

Sophomore Haris Ali, from Pakistan, believes that war is inevitable between Pakistan and India.

Ali: Although I believe that peace talks are very important and both countries should peacefully come up with a solution to this grave issue, it has not been possible in the past 72 years. The current political situation in India and Pakistan gives us no hope that this would be possible anytime in the near future.

Chairman of the Council for Indian Foreign Policy V.P. Vaidik said the Kashmir issue can be resolved through dialogues amongst all stakeholders – Pakistanis, Indians and the Indian and Pakistani occupants of Kashmir. However, whenever efforts are made to resolve the Kashmir issue, there is always some setback.

Elections in Pakistan or in India are often the cause of postponement of peace talks as politicians use anti-Pakistani or anti-Indian rhetoric to win elections.

In 2018, the newly elected Prime Minister of Pakistan, Imran Khan, extended an invitation to India for peace talks. The two countries were set to meet in the United Nations.

However, Indian elections were close, so the Indian government changed their mind and refused to attend the scheduled talks, according to a statement by India’s ex-Minister of External Affairs, the late Sushma Swaraj. India cancelled the meeting between its foreign minister and her Pakistani counterpart less than 24 hours after agreeing to what would have been the first high level contact between the nuclear-armed neighbors in three years. In a situation like this, it is highly unlikely that peace could remain in the region forever.

My analysis of this situation of war and peace has led me to the conclusion that war is inevitable. Every year there is a violation from either side which postpones the idea of any kind of peace. Pakistan and India have already fought four wars. Hundreds of border skirmishes have taken place in which hundreds of thousands of civilians and military personnel have died as a result.

The only reason that there has been no major armed conflict since 1999 is the acquisition of nuclear weapons by both countries. The international community wants peace in the region – nuclear war must be avoided at all costs – but the religious sentiments of Muslim and Hindu extremists on either side, as well the media, spread hate in the hearts of the common people on both sides.

As a result, the army and the government have to please their needs. If World War Three were to ever take place, India and Pakistan could potentially start the war.

I strongly condemn the recent violations of civil and human rights of Kashmiri people by the Indian government. From mass killings, enforced disappearances, torture and rape to political repression and suppression of freedom of speech, I do not understand how the literate population of India can elect a prime minister who encourages this behavior.

These are heinous and shameful acts and do not affect either country in any way but has ruined the lives of thousands of Kashmiris. I can’t even imagine being forcefully taken away by armed forces from my mother and sister, not knowing what would happen to us.

I for one do not hate Indians. I visited India back in 2017 and had a great experience. I did not feel ‘out of place’ and everyone treated our group as guests; and I go to college with Indian friends. My point being that the hatred and angst shown on social media and news channels is wildly inaccurate.

A common Pakistani or an Indian does not want war or any sort of conflict with each other.

As a Pakistani, I unequivocally believe that Kashmir should be a part of Pakistan. However, as a rational person, I think that an unbiased referendum should take place in Kashmir.

The people of Kashmir should decide whether they want to join India or Pakistan or if they want a separate nation for themselves. I might be too optimistic too believe that this would actually happen, as neither side would agree to this.

Singh: The action of our prime minister, Narender Modi, took regarding revoking the Article 370 was really a positive and a bold action.

I know there was a huge debate about how the government of India treated the people of Kashmir, but if they had let them know about the action they took, it [would have been] impossible for the government to revoke the Article 370.

It was supposed to be something quick and instant. That’s how the government of India did. This step will integrate Kashmir and put it on the same page as the rest of India.

I also feel that the people of Kashmir should have been treated in a better way. However, I don’t know what the consequences would have been if the government hadn’t blocked the telephone lines in Kashmir. It could have been worse.

Being an Indian, I feel this is a positive for India. 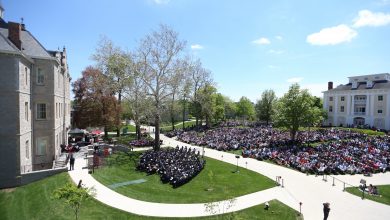 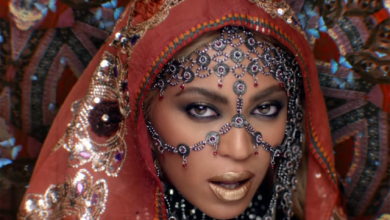 Hymn for the Weekend: let’s try not to get offended 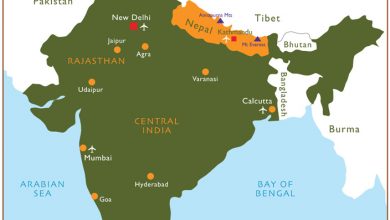