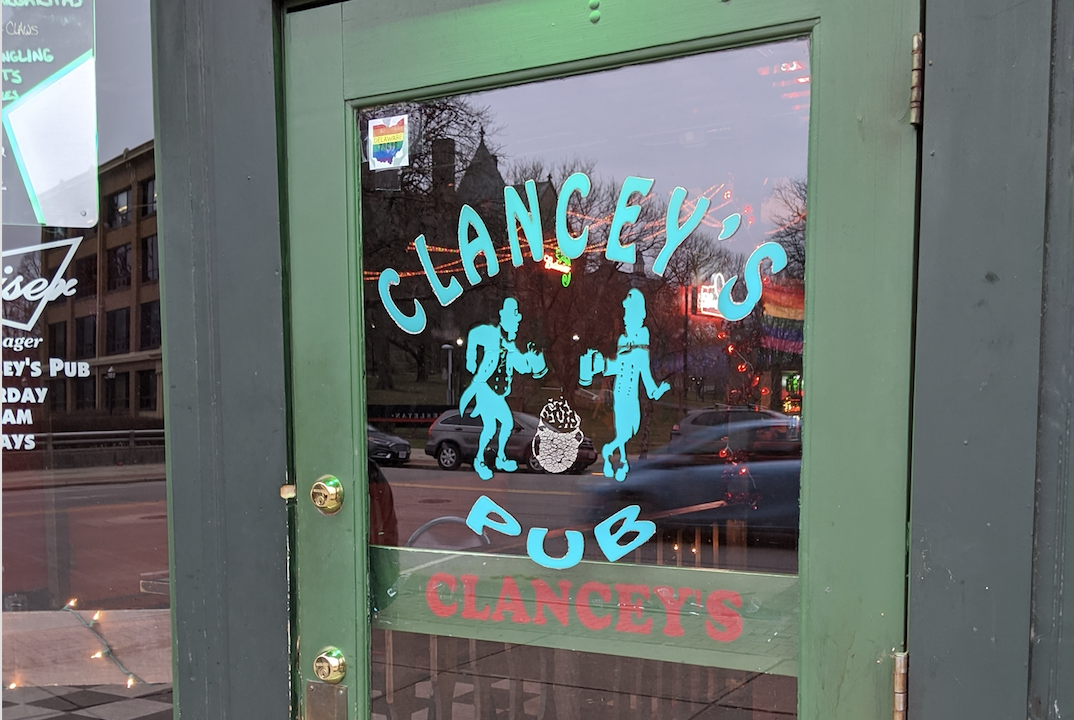 The party is over.

Clancey’s Pub, which for almost two decades has been a go-to spot for Ohio Wesleyan students and the Delaware community, will close its doors for good after Saturday,

The building’s owner plans to sell the property to someone who will open a microbrewery, said Dave Weiser, Clancey’s owner.

Conveniently close to campus, the pub will be missed by students who hold many college memories of the place and by the alumni who return to it to reminisce. Weiser, a lifetime Delaware resident, said he would miss the students as well.

Weiser moved the pub from a previous location to the corner of Spring and South Sandusky streets in order to draw more Ohio Wesleyan students. The bar’s customers are made up of about two-thirds OWU students, and one-third Delaware residents, he said.

“We’ve never hid the fact that we want students,” Weiser said. “It’s a sad time for me and for the students.”

Weiser said many students have complained that, without Clancey’s, there is “nowhere to go.” Part of that could be because the bar made an effort over the years to keep its prices reasonable for students, especially after the Great Recession of 2007-2009, he said.

“After the economy changed, a lot of students don’t have the money of the past,” Weiser said.

Weiser said he has no intention of opening his own microbrewery, which would be expensive for cash-strapped college students.

“I wouldn’t even want to open a place that students didn’t want to come to,” he said.

Since its opening in 2001, the Irish-themed pub has hosted a wide variety of events, some of them drag and LGBTQ+ themed, as well as drink specials for students at the end of classes. The bar featured student musicians and a band of OWU faculty.

Not all students have found entertainment at Clancey’s. Senior Andrew McFarland said for weekend drinks now he would simply go to Kroger.

Other students echoed Weiser’s concerns about the bar closing.

“I thought it was unbelievable,” said senior Kimberly Zuniga. “Many students go there every weekend … I think that there is a mix of people that love Clancey’s and always go and others who would never step in there. It varies a lot throughout campus.”

Zuniga said she may go to The Backstretch, also on South Sandusky Street, when  Clancey’s closes.

Clancey’s Pub will host a drag show for its last night, titled “Love’s A Drag,” in honor of Valentine’s Day. It will be the pub’s fourth drag event.

“I’ve always been open to all types of things,” Weiser said.

The closing weekend also coincides with Weiser’s 65th birthday. While he does not have plans to start a new business, he expects to continue working part-time in a pub.