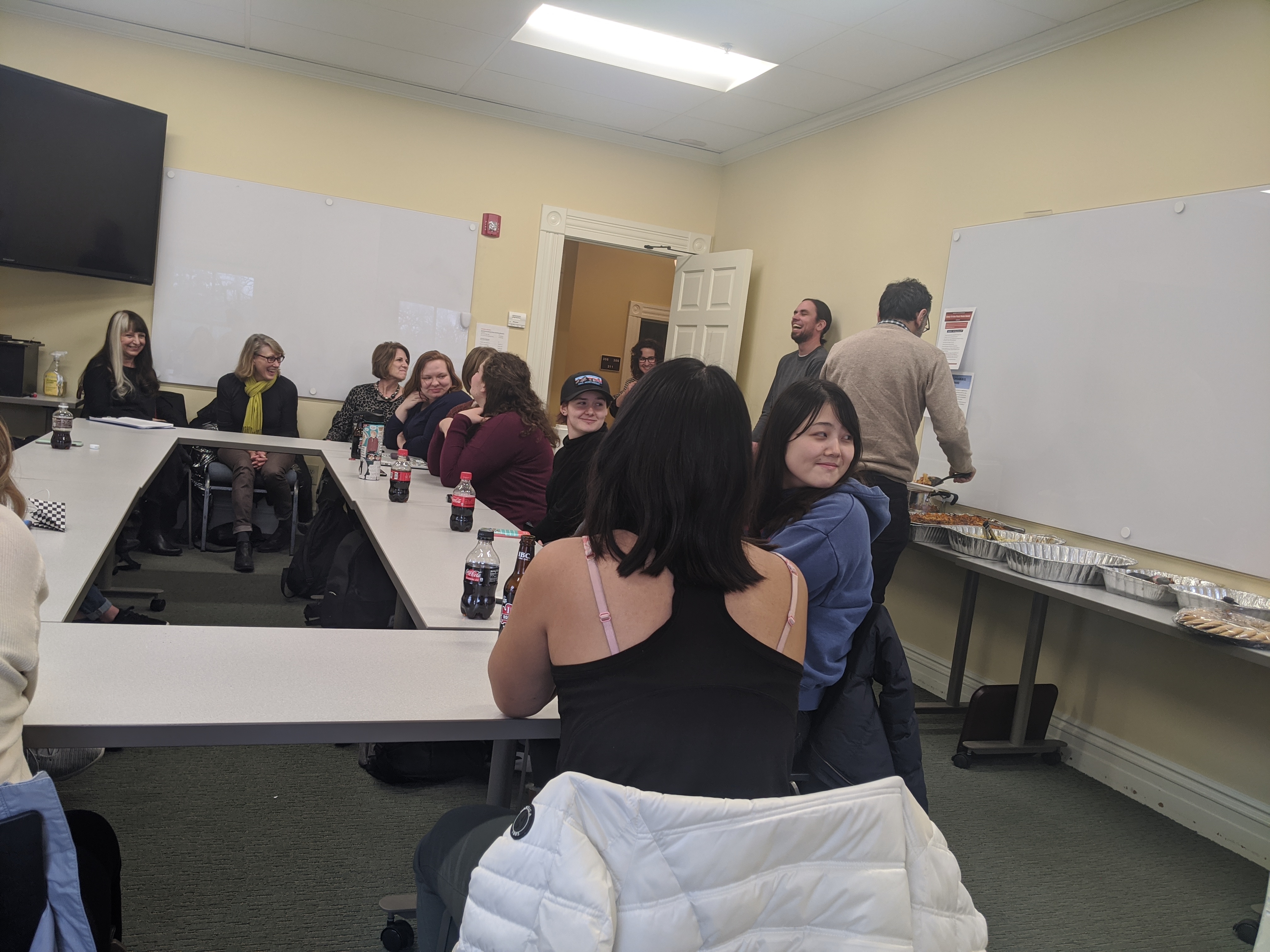 Sociology and anthropology students needn’t fear a lack of meaningful work after they leave Ohio Wesleyan, the non-profit field offers many opportunities.

That message was delivered Wednesday in Elliott Hall by the Department of Sociology-Anthropology (SOAN), which hosted a lunch for students interested in nonprofit work.

Andrew’s House, 39 West Winter St., is the former home of the Tau Kappa Epsilon fraternity. After the fraternity left in 1993, the neighboring St. Peter’s Episcopal church purchased the property.

Now, Andrew’s House is “COhatch before COhatch was COhatch” for nonprofits, in the words of Leber, describing a network of community workspaces. The community center is home to seven nonprofits and also hosts its own programs, such as legal clinics and cooking classes, and features a large mural that depicts Paul Dean, OWU’s associate professor of sociology.

Corroto and Robe each described their very different paths to working at nonprofits. Corroto graduated with a degree in English literature, but found her way into the business world working for Borders Books.

Running a small nonprofit is a lot like running a business, Corroto said.

Robe said she planned on becoming a nurse from an early age, but she struggled with science courses in college and realized that “really, I just wanted to help people.”

She said she worked in direct service for several years before moving into prevention and now helps coordinate programs like Big Brothers Big Sisters and other mentorships between OWU students and Delaware schools.

Many nonprofits are within walking distance or a short drive from campus that are constantly looking for volunteers, Robe said. Making connections in the community and building those relationships early can help students find work after graduation.

Leber drew attention to the high rate of burnout among nonprofit workers, and the stress of constant fundraising.Robe said that self-care was important.

“It’s really important to have these reflection times … so I can be the best person for these people [in need].”

Leber said it is important for anyone doing service to see it as a mutual exchange, rather than a one-way act of charity.

“I haven’t done any act of service where I haven’t learned more from the other person than I’ve given,” she said.

Senior Makaila Weir, who is on the SOAN student board, said the board decided to organize the event to educate students on opportunities after college, as many students had expressed an interest in nonprofit work.

She said she enjoyed hearing about the different tracks Robe and Corotto took to arrive in nonprofits.

“You hear about the burnout,” Weir said, and added that she is glad to hear that they are still passionate about their work so far into their careers.

The event was catered by an Ohio Wesleyan SOAN student, junior Courtney Owens, who recently started her own catering company, The O’s Catering.