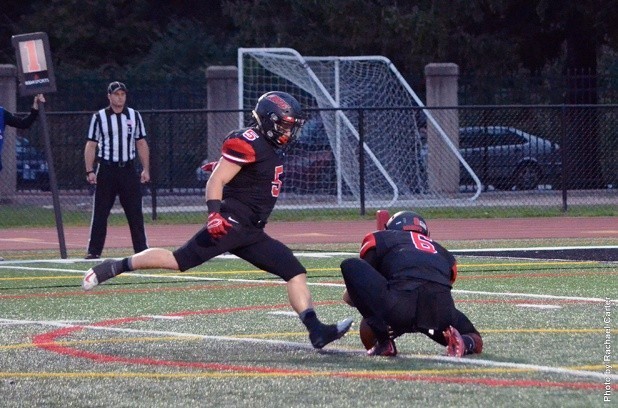 The Ohio Wesleyan football team has a wide receiver of their own who, unlike Welker, has been kicking field goals all season long.

Junior wide receiver Tim Shadoan has gone six for eight this year kicking field goals, including two from more than 40 yards and a game­ winner.

“I enjoy kicking for the team because it’s another challenge,” Shadoan said. “It’s something that I know my teammates trust me doing.”

His biggest kick of the year came in their conference matchup against Kenyon College a week ago. He converted on a 43­yard kick in second overtime to give the Bishops the win.

“I didn’t think about much during the kick against Kenyon, I didn’t want the pressure to get to me so all I thought about was doing my job and that’s what I did,” Shadoan said.

Shadoan kicked his junior year of high school, but this is the first time he has for OWU. Mile Mackenzie, OWU’s all­conference kicker graduated in 2015. Head Coach Tom Watts spent the off-­season looking for his replacement.

“We went through the off-­season looking to see who his replacement would be,” Watts said.

“Shadoan started to kick for us when we took our team to Italy, so we were able to see what he was able to do.”

“Shadoan won the job being the most consistent,” Watts continued. “He is an extremely talented athlete and a huge competitor.”

In addition to kicking, Shadoan is leading the team with 25 catches for 206 yards. He has also tallied two touchdowns, one receiving score and one off a kick return. OWU has a current record of 2­4 and will play against Depauw University at Selby Stadium on Oct. 24. 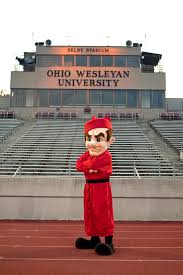 A freshman year schedule can be tough to balance; it’s even tougher when you have to factor in a sports team.

But Liz Knowlton and AJ Outcalt, freshmen golf players, both agree that their sport fits well into their schedules.

“Having a fall sport helps me stay in a routine,” Outcalt said. He also added, “I feel like I’m getting my work done, but I have to use my time wisely.”

Serena George, a freshman tennis player, said that being in a varsity sport helped her make the transition to college because, “I wouldn’t know what to do with myself otherwise.”

It was clear across all sports that there is a team comradery. Cross country runner Cheyenne Hanson explains, “It’s definitely a lot of fun because we have such a close team bond.

They just accept us even though we’re freshmen.”

When asked about extra responsibilities as a freshman, Cheyenne said, “As long as you earn your place, [upperclassmen] don’t mind. As long as you run the times to be in the top 7, no one will care what grade you’re in.”

Serena said being a freshman “is harder because you have to prove yourself.” However, she added that, “They don’t have the freshmen do the busy work. Everyone helps out.”

A downside, Liz mentions, is, “it’s harder to connect with people in your hall and meet new people during your free time.”

Despite the ups and downs, Serena said, “I was stressful at first, but you feel more a part of the university.”

As AJ said, “Being a freshman is just a title.” 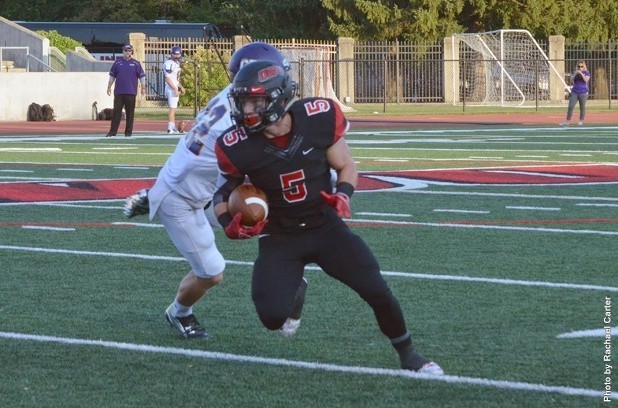 The Ohio Wesleyan football team lost their season opener before a home audience to the University of Mary Hardin­Baylor (UMHB) 42­3.

“You win some, you lose some,” said sophomore Jerry Harper, a cornerback for OWU. “We just have to stick together as a family, not let this loss get to us and continue on forward.”

The Crusaders scored their first touchdown with about three minutes remaining in the first quarter, giving them a 7­0 lead.

Wide receiver Tim Shadoan, a junior, earned OWU three points with a 40­yard field goal a few seconds into the second quarter. But going into the half, UMHB increased its lead, 14­3.

By the third quarter, supporters of the Battling Bishops grew restless. Cheers of, “Let’s go OWU!” and “Come on, get a touchdown!” roared from the stands.

UMHB, however, added field goals of 40 and 33 yards in the third quarter. Putting up a fight, OWU’s senior end Cameron Pappa, a senior, led the defense in tackles. Sharing the lead was junior linebacker Keaton Leppla, who intercepted one pass and broke up another.

With less than five minutes remaining in the fourth quarter, the Crusaders brought up their score with a touchdown. The score remained at 42­3 for the rest of the game.

Sophomore Rene Garcia, a spectator, said the game was rough, but OWU’s football team has a lot of potential.

Another sophomore, Drew Singleton, said, “Every loss is a tough loss. But you [just have to] take this game, learn from it and get it next time.”

OWU’s football team reported to camp on Aug. 12 and have been training ever since, said Coach Tom Watts.

Camp consisted of practice in the morning, meetings in the afternoon and bonding activities to develop team chemistry at night, Watts said.

Captain Beau Michele, junior, said it was often difficult to get through practices but they helped strengthen the team.

“To beat the best, you have to be the best,” Michele said.

OWU is predicted to place fourth in the North Coast Athletic Conference.

“We will place where we deserve based on how hard we work throughout the season,” Watts said. “The conference is tough, and we are excited about the season. We know our guys are up to the challenge, and we are taking it one game at a time.”

OWU’s next game will be against Wittenberg University on Sept. 19 at 7 p.m. in Springfield, Ohio.