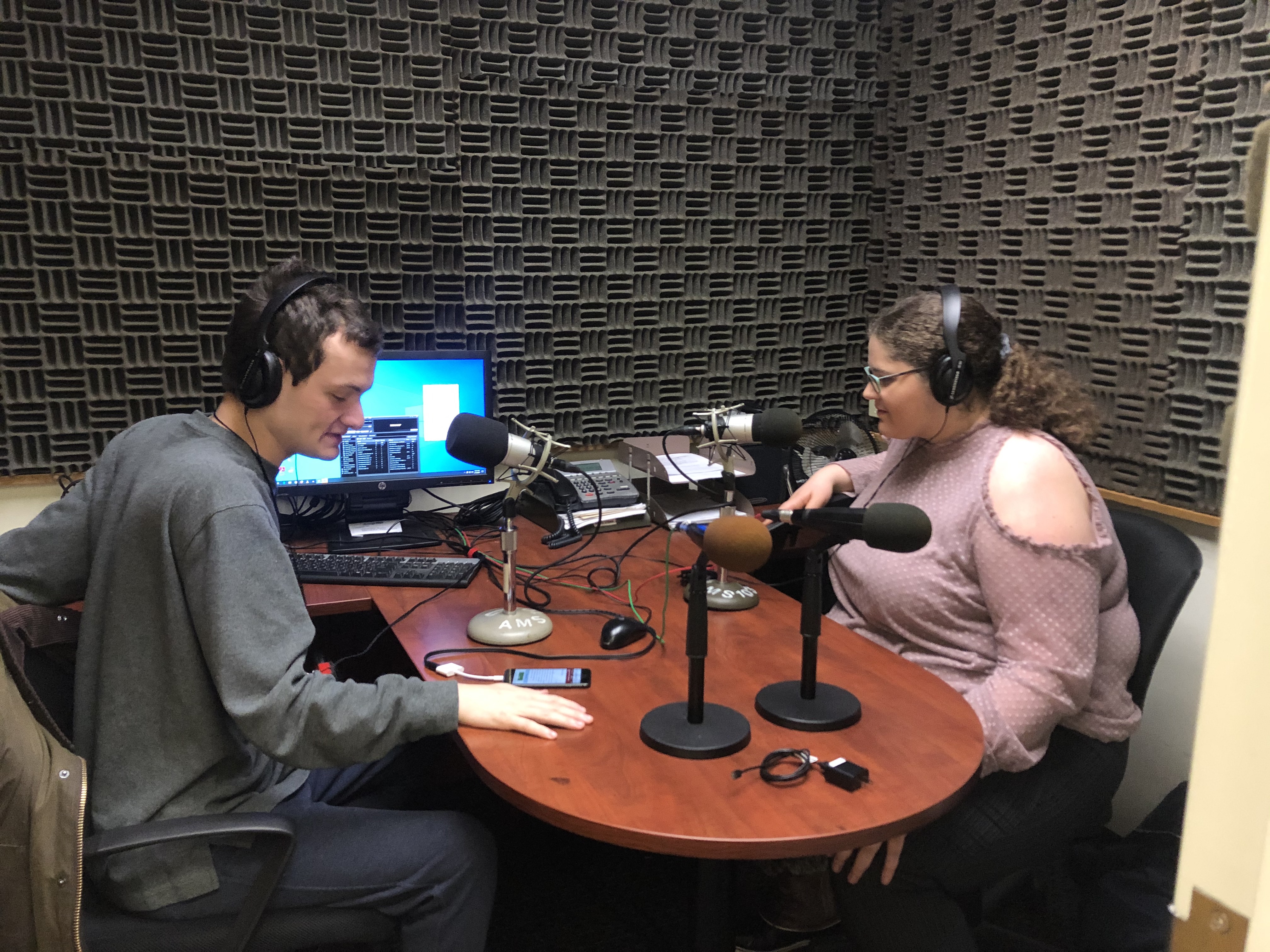 It’s been a big year for OWU Radio.

The student-run broadcast station, found online here, grew from eight shows to over 20 within a year.

Sophomore Henry Tikkanen, OWU Radio’s general manager, has led the way in boosting the number of shows and generating creativity at the station. He also schedules the programs.

“The shows that incorporate music play a wide variety of music and usually answer questions from listeners,” he said. “Some also prepare a topic and invite guests on to discuss it or discuss it with a co-host for an hour.”

OWU Radio has a plethora of diverse radio shows that can be found online.

“We have some that just play music,” said sophomore Max Peckinpaugh, the marketing manager. “We have a couple podcasts where they just talk about a topic for the whole hour; we have some that play music and talk, so just a wide variety of everything, really.”

“My show is called “Silky Smooth Radio” even though most of our music isn’t smooth,” Tikkanen said.

OWU Radio broadcast its first Student Involvement Fair Jan. 29, Peckinpaugh said. It recruited 10 people who signed up to host their own radio shows.

The average number of listeners varies depending on the week and showtime. A rough estimate is between 15-20 listeners, Peckinpaugh said. The station’s aim is to draw more listeners.

“We’ve noticed that it’s a lot of just like personal, like family members or friends they know,” Peckinpaugh said.

The radio’s focus this semester is to get more women involved. Currently, only two women host a show.

Junior Anna McReynolds co-hosts “And That’s The Tea,” with freshman Sophia Gabriel at 8 p.m. Thursdays. They pick a theme and play music accordingly.

“In between songs we talk or read quotes,” McReynolds said.

“They are super fun and a great way to relax and take a break during the week,” McReynolds said.

Their show, which airs at 9 p.m. on Mondays, is upbeat and promotes positive messages, such as sustainability, peace and justice. Along with playing music, the Solidays discuss why they choose the songs and the messages behind them. For instance, with Valentine’s Day on Friday, Monday’s broadcast focused on love.

The Solidays also played religious music about love such as “Give Love” by MC Yogi.

“It’s more of an Eastern, religious message, God is love, love is the force between us all,” the elder Soliday said.

He has worked with the radio since 2010. When he started, the station was an FM broadcast. Currently, radio shows are online and there’s also a Spotify account.

“Hopefully, we’ll get the DJs to be putting their playlists on Spotify and people can find them that way,” Soliday said.