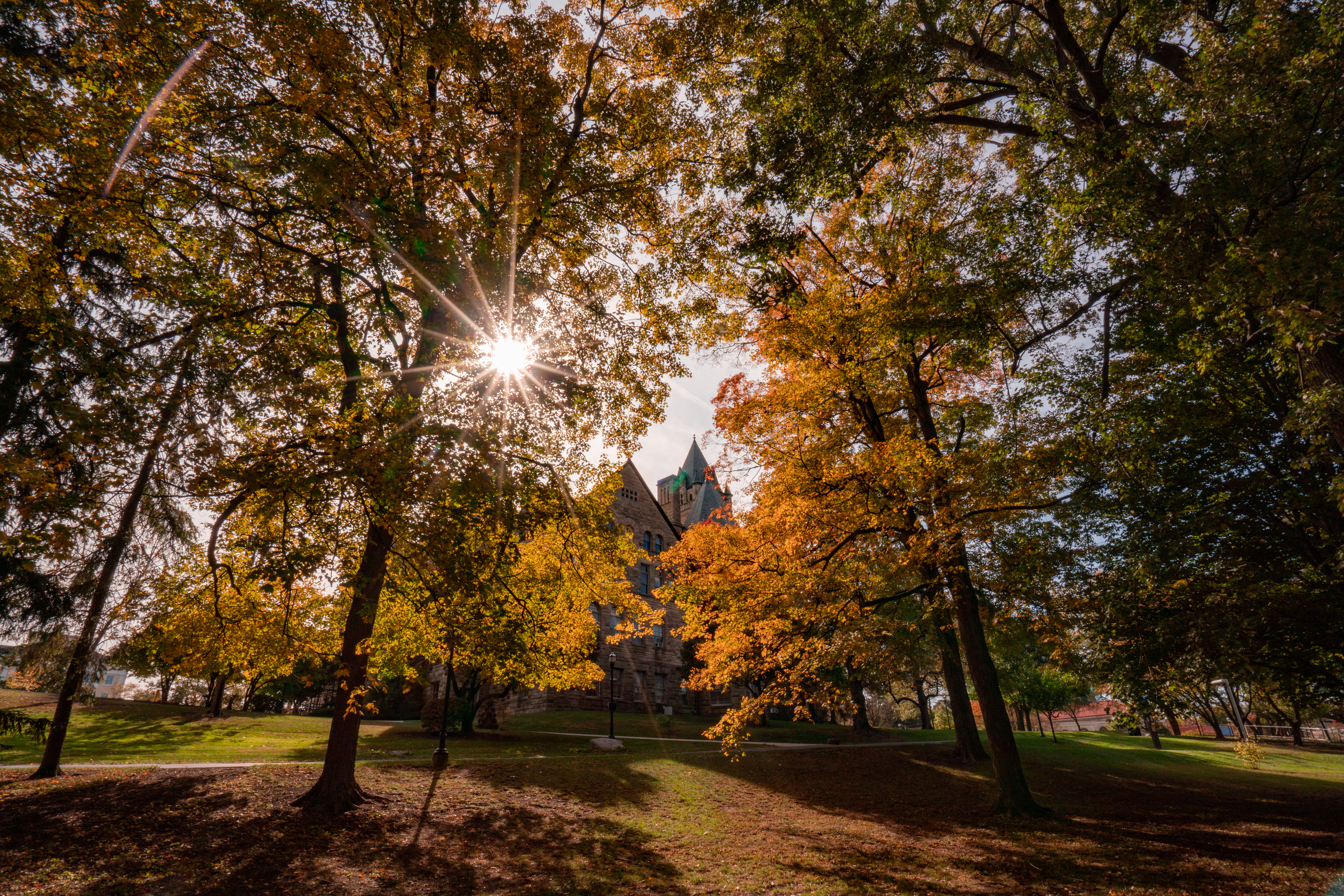 As October nears its end, Halloween-themed events within walking distance of Ohio Wesleyan University are available for students.

Several events such as a haunted castle and a trick-or-treat farmers market are scheduled for this weekend in downtown Delaware.

“Essentially the entire downstairs is going to be used up in the event,” said Kati Henning, the manager of registration and administration at the Arts Castle.

“There’s going to be two mazes and a haunted laboratory and a haunted forest. So, as you walk through, the themes will change a little bit.”

As the main organizer of the event, Henning described her fascination with the haunted history of the Arts Castle, previous events and how staff was working to make the events more accessible to the public.

“We wanted everyone in the community to be able to afford to go through it, so we’re just asking for any donation that people are comfortable giving,” Henning said.

“I go because I like the homemade stuff, especially the food,” said Sara Cordle, an OWU sophomore education major. “I like buying fresh flowers and I like buying the honey because I know it’s all homemade. There’s no preservatives or anything in it.”

Other upcoming events around Delaware are listed on the Destination Delaware Calender, including events at local parks and businesses.

The prospect of Halloween on a Monday did not discourage Halloween festivities at Ohio Wesleyan University; instead, they simply took on a head start on Friday, Oct. 28.

Leaflets and Facebook shares for the events led them to skyrocket and words like “Zombie Bash” and “Ghoulish Gala” spread.

Zombie Bash was held in the Schimmel-Conrades Science Center Atrium from 11 a.m. to 1 p.m. It was organized by the student board of the botany-microbiology (BOMI) and zoology department.

“Most other departments have picnics and receptions; we decided to change things up,” said senior Jemil Seid, a member of the BOMI student board.

Seid said he did not expect it to garner this much attention, but was pleased that he had done his job well.

“It was a unique event that really captured the essence of the departments, and Halloween is always fun,” said senior Connor Payne, a microbiology major.

Stations and props lined the atrium. The fan favorites were the carnivorous plants and the crawling critters. They had also set up a showing of “Hocus Pocus” and Halloween-themed snacks were also in place.

Later that night, at 7 p.m., the atrium was redecorated, this time for the Ghoulish Gala.

“It was really fun, but I wish that it didn’t look so empty for the first hour or so,” said senior Urvija Rishi, a student who attended the gala.