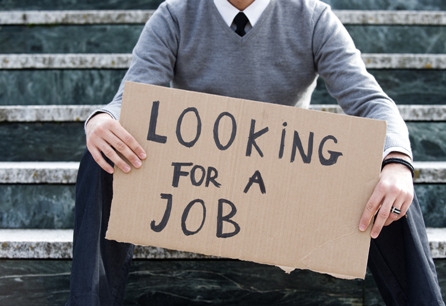 Like millions of other students across the country, seniors at Ohio Wesleyan University are on the hunt for employment after graduation.

Searching for a job is no easy task. In today’s society, even a college degree does not guarantee an individual a job.

According to the 2014 OWU Outcome Report, 97 percent of OWU graduates reported being employed and/or in graduate school within a year of graduation, while 81 percent of the reported graduates stated that they are working in their field of choice.

These statistics are above average when compared to a survey conducted by the National Center for Educational Statistics in 2016. This survey states that 89 percent of individuals who graduated college with bachelor’s degrees found employment within a year of graduation.

But this does not take into account whether that employment is in their field of choice.

When surveying students at OWU about their job hunting experience, senior Nick Norman said, “It is harder now than ever to find a job, and nearly impossible when you do not graduate from a target school.”

A school is considered a target when a high number of firms recruit directly from the institution year after year. Most common target schools include Ivy League universities and top liberal arts colleges. Target schools vary from city to city as well as from industry to industry.

Norman is an economics management major with minors in accounting and Spanish.

He currently has a 4.0 cumulative GPA, in addition to being the captain of the men’s soccer team and a member of the fraternity Phi Gamma Delta (FIJI). Norman’s resume seems to be a golden ticket for finding a job upon graduation, yet like other graduating seniors, he continues to struggle in his hunt for employment.

Job hunting is very competitive, especially right out of college. A new factor that has become more important than ever in the hunt for a job is networking.

Senior Neil Wilson said, “The phrase ‘It’s all about who you know’ has never been more true.”

When firms are looking to hire new employees, getting referred is one way to get your resume to the top of the list. This can be viewed as a positive or a negative, depending on who you know.

Students at OWU have many opportunities to interact with a large pool of successful alumni through many programs offered by the university.

As the hunt for employment continues, look out for students to utilize resources such as the OWU Alumni Center in addition to online resources like LinkedIn.com.

OWU seniors and millions of others soon to be graduated college students continue to compete for jobs as fall semester winds down.