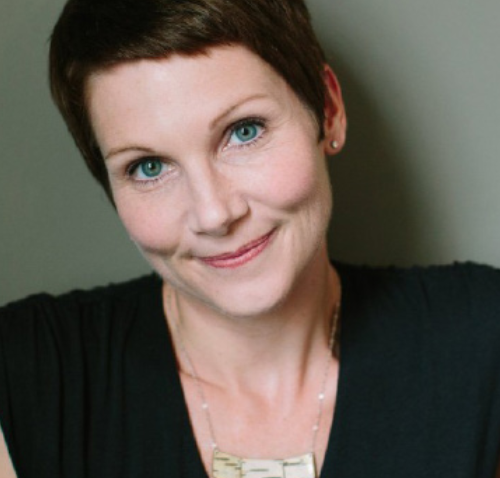 Following the shooting at ‘Pulse’ night-club in Orlando, Florida, people turned to art and poetry as a way to heal. Ohio Wesleyan alumnus Maggie Smith was part of that healing process. Her poem, ‘Good Bones’ was a viral hit.

Smith ‘99 came to the Bayley room on April 5, and read samples of some of her poems. Smith is most known for her poem ‘Good Bones,’ which generated viral fame throughout social media after the shooting at Pulse nightclub this past summer.

“‘Good Bones’ was heartbreaking and poignant because it voiced the grief that many of us felt in 2016,” said sophomore Em Sutliff. “For me, it expressed how I was scared, confused, angry and yet, somehow hopeful for my community de- spite everything that had happened.”

Public Radio International named ‘Good Bones’ its of cial poem of 2016, citing that the poem had been shared and read an estimated one million times.

“Life is short and the world is at least half terrible, and for every kind of strang- er, there is one who would break you, though I keep this from my children,” writes Smith.

Smith gets most of her inspiration for her poems from her children when she’s with them in the car or on their way to school.

“If it has taught me anything, we don’t know the impact that our work can have when we sit down to write,” said Smith in her talk. “We have no idea who we might reach or at what capacity or how many people.”

Smith will become an Ohio Wesleyan faculty member next fall to replace David Caplan while he is on sabbatical. Smith plans to teach introduction to poetry and courses in literature.

Smith ended her talk on a positive note, challenging listeners in the room to not say anything negative for a week.

Smith has written three books: Good Bones, The Well Speaks of Its Own Poi- son and Lamp of the Body. She has also the author of three prize-winning chap- books. A part of “Good Bones” was read aloud on the April 9 episode of the CBS show “Madame Secretary.” 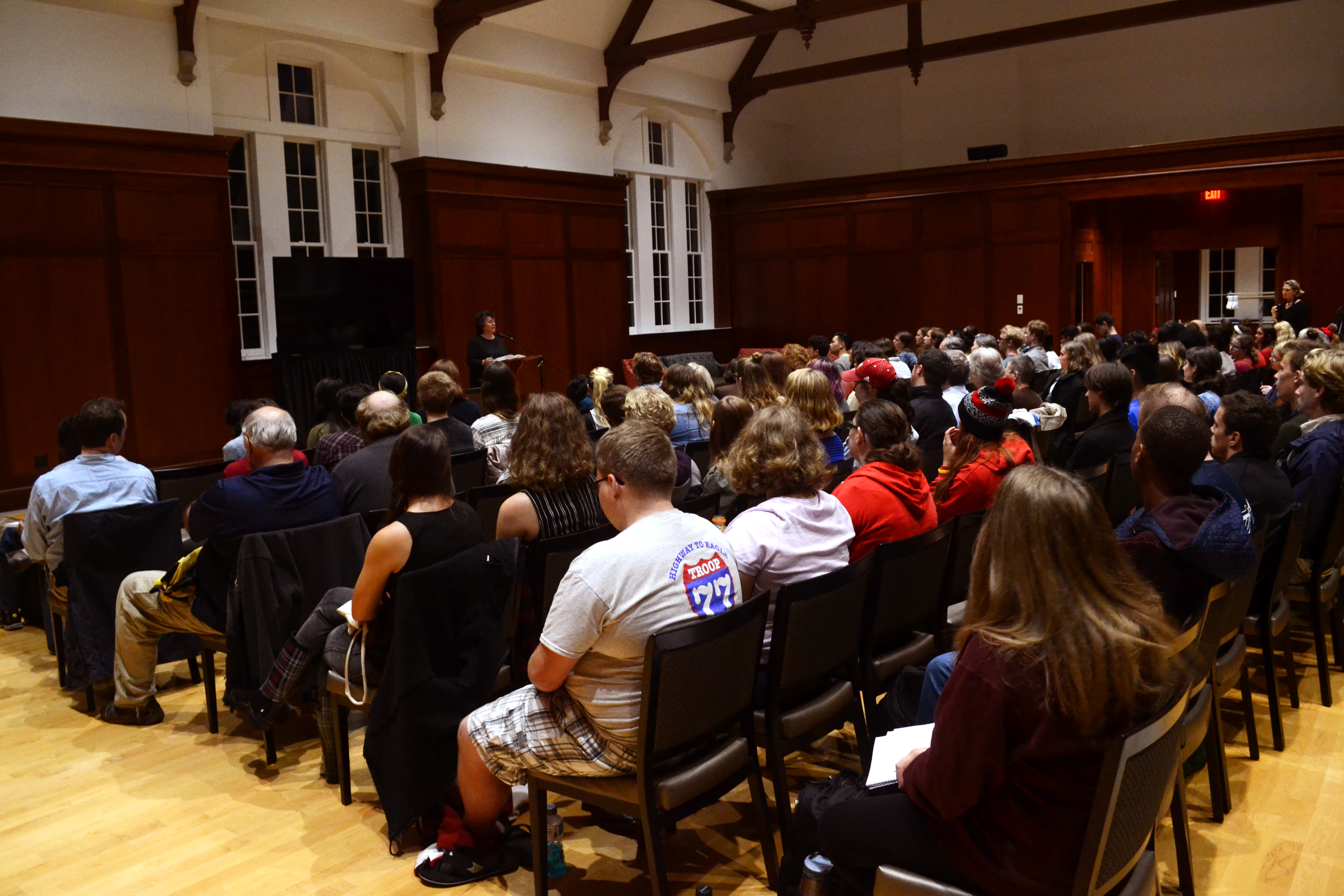 Thursday, Oct. 20 was a usual day on Ohio Wesleyan’s campus, except the first woman, first Scot and first openly gay British poet laureate recited her poetry to an audience of over a hundred students, faculty and Delaware residents in Merrick Hall.

The reading began at 7 p.m., which included her works on the characterization of the fictional character Faust’s wife. After over an hour of poetry, Duffy answered audience members’ questions.

Mr. Faust, Duffy said, was just like Donald Trump. Faust had everything, yet desired more, she said, before narrating her poetry. Nancy Comorau, assistant professor of English, had the idea of inviting Duffy. Duffy was contacted through a speaker’s bureau, according to Comorau.

“I suggested Carol Ann Duffy … for a number of reasons,” Comorau said. “Her poetry is complex and interesting, but it’s also accessible upon first read. I believed that her position as the first woman to hold the role of UK Poet Laureate and first LGBTQ+ per- son in that role would speak to a number of constituencies on campus.”

During her visit, Duffy visited three classes and also spoke at a roundtable on Fri- day, Oct. 21 for invited students, said Comorau. After her talk, Duffy also signed her books for audience members.

Duffy is proud of her identities as the first gay woman to hold the title. “The most important thing is … there hadn’t been a woman for nearly 400 years. It’s just disgraceful … We have now national poets in Wales Island and Scotland … so it seems to be changing.”

She added, “I think it’s important for public figures to be out … they have a responsibil- ity to the society.”

“This is a place I’ve never been to, so I was curious to come here,” she said. “I enjoyed it very much. Often when you read in a different country, the humor doesn’t quite work … you feel reassured when they laugh.”

Duffy said she has been to the U.S. many times as a visiting poet.