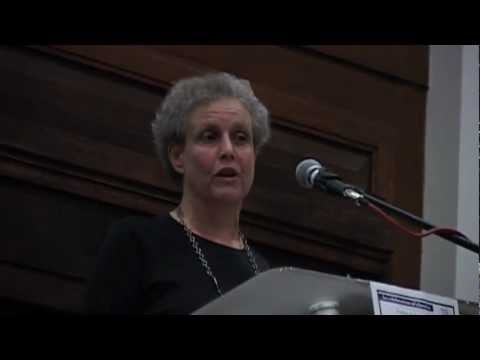 Not many people would consider professor Ruth Scodel to be one of the star speakers to visit Ohio Wesleyan University. However
Scodel is considered by many to be one of the leading voices in the field of Greek mythology.

Scodel, currently a professor at the University of Michigan, was invited to speak by Ohio Wesleyan professor Michael McOsker. Many people were encouraged by McOsker and others to attend the lecture with a crowd of 40 students and faculty attending the lecture. Scodel’s speech mostly focused on the works of Greek poet Hesiod, specifically his piece call

“I’m writing a commentary about it, I’ve been spending a lot of time with this poem,” Scodel said. “For a while I was calling myself the all Hesiod channel, I’m not quite that right now because I have other projects. It’s something I do and Michael McOsker had suggest that there would be students that had read “Works and Days” and therefore would be something that I could actually be helpful about.”

It was clear during the lecture that Scodel had
done her homework, as she was able to speak clearly about the Hesiod poem and then confidently answer questions about it afterwards providing helpful insight to the students and faculty that attended.

Although the crowd of 40 at the lecture was
small, they were able to fill all the seats in
the room. Scodel herself actually praised the
crowd, “I was actually really impressed, there’s
always this nervous moment when you ask for
questions and no hands go up, but once it got
started there were questions and I enjoyed them,
I thought it was great.”

The feeling was mutual between speaker and audience members as they too also had nice things to say about Scodel. Michel McOsker, a professor of mythology at Ohio Wesleyan University and the man who invited Scodel to speak, enjoyed Scodel’s speech.

“I thought it was very interesting, a very challenging take against the usual interpretation of the “Works and Days”, this kind of chaotic mess of a poem without any real structure, it gave an overarching view about what Hesiod was trying to communicate”.

Students also appreciated Scodel’s talk, Ohio Wesleyan freshman Regina Campbell said “I thought it was interesting at times, and other times I didn’t really know what was happening”.

After the speech ended both Scodel and
McOsker showed interest in having her come
back for another lecture. “If anybody wanted
me to, sure why not?” Scodel said after being
asked if she would consider coming back to
speak again. McOsker, who originally invited
Scodel the first time said “I would be happy to
have her back.”

Hopefully this first talk is the beginning of
a long fruitful relationship between professor
Scodel and Ohio Wesleyan University.