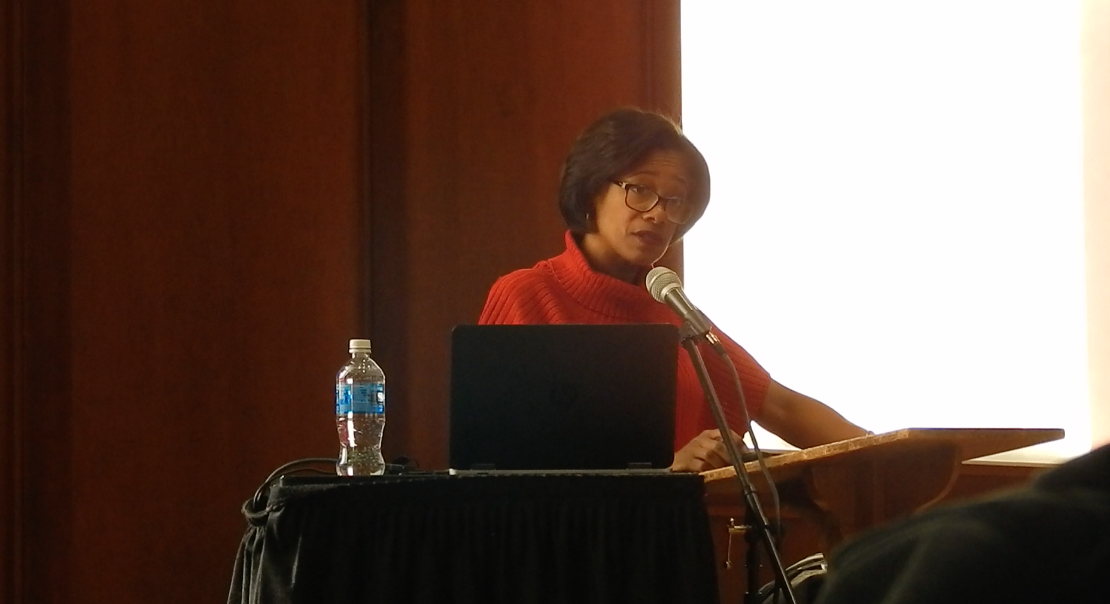 With our nation torn by divisiveness, college students today, more than ever, must embrace courage and be driven by a “fierce urgency” to stand up and speak out for equality for all Americans

That message was the central theme of keynote speaker Korie L. Edwards, an associate professor of sociology at The Ohio State University, at Ohio Wesleyan’s Martin Luther King Jr. celebration on Monday.

The Pursuing the Dream event was the beginning of a plan to celebrate MLK’s legacy annually, with multicultural students leading the way, said Juan Armando Rojas Joo, OWU’s associate dean for diversity and inclusion. He welcomed students to the observance, which ran from noon to 1 p.m. on the third floor of Merrick Hall.

The celebration kicked off with a performance by OWU’s Gospel Lyres, singing “Lift Every Voice and Sing.”

Edwards began her speech with one of the most repeated lines of King’s “I Have a Dream” speech, which he gave on Aug. 28, 1963 in front of the Lincoln Memorial in Washington D.C. before a massive group of civil rights marchers.

“I have a dream that little black boys and black girls will be able to join hands with little white boys and white girls as sisters and brothers,” King had said.

While Edwards repeated many of King’s quotes, the perplexities in the joining hands line have become the essence of the entire speech, Edwards said.

“Somehow, I have a dream has morphed into simply a call for diversity,” Edwards said.

King began to follow that stirring at age 26, when he became a leader of the Civil Rights Movement in 1955, Edwards said, in conclusion.

“Perhaps today you have a fierce urgency stirring in you that the moment is now,” she said. “My hope is you won’t allow that fire to die, but that you will seize your moment, your fierce urgency in now to speak, to stand, to fight for love and truth.”

“She speaks in a way that is understandable to everyone, but she presents these complex ideas that you learn so much from in such a way that doesn’t feel overloading and doesn’t feel unreachable,” Owens said.

“I thought it was really informative and it explained a lot of things step-by-step, or it like unfolded a lot things that I didn’t really think about critically (before),” Lopez said.

“Like especially when it came down to white supremacy and white hegemony and like kind of breaking those down and understanding how one can lead to the other and how they kind of contribute to each other,” Wamalwa said.

Rojas Joo said his favorite quote was ‘I have a dream.’

“Why? Because I do have a dream. I do have the dream that we can become very inclusive at Ohio Wesleyan,” he said.

OWU’s MLK committee scheduled Edwards a year in advance to secure her as a guest speaker, Rojas Joo said.

Students will be even more involved in planning activities and speakers for future MLK celebrations at OWU.

“We want to integrate some of the Ohio Wesleyan students into the MLK committee,” Rojas Joo said. 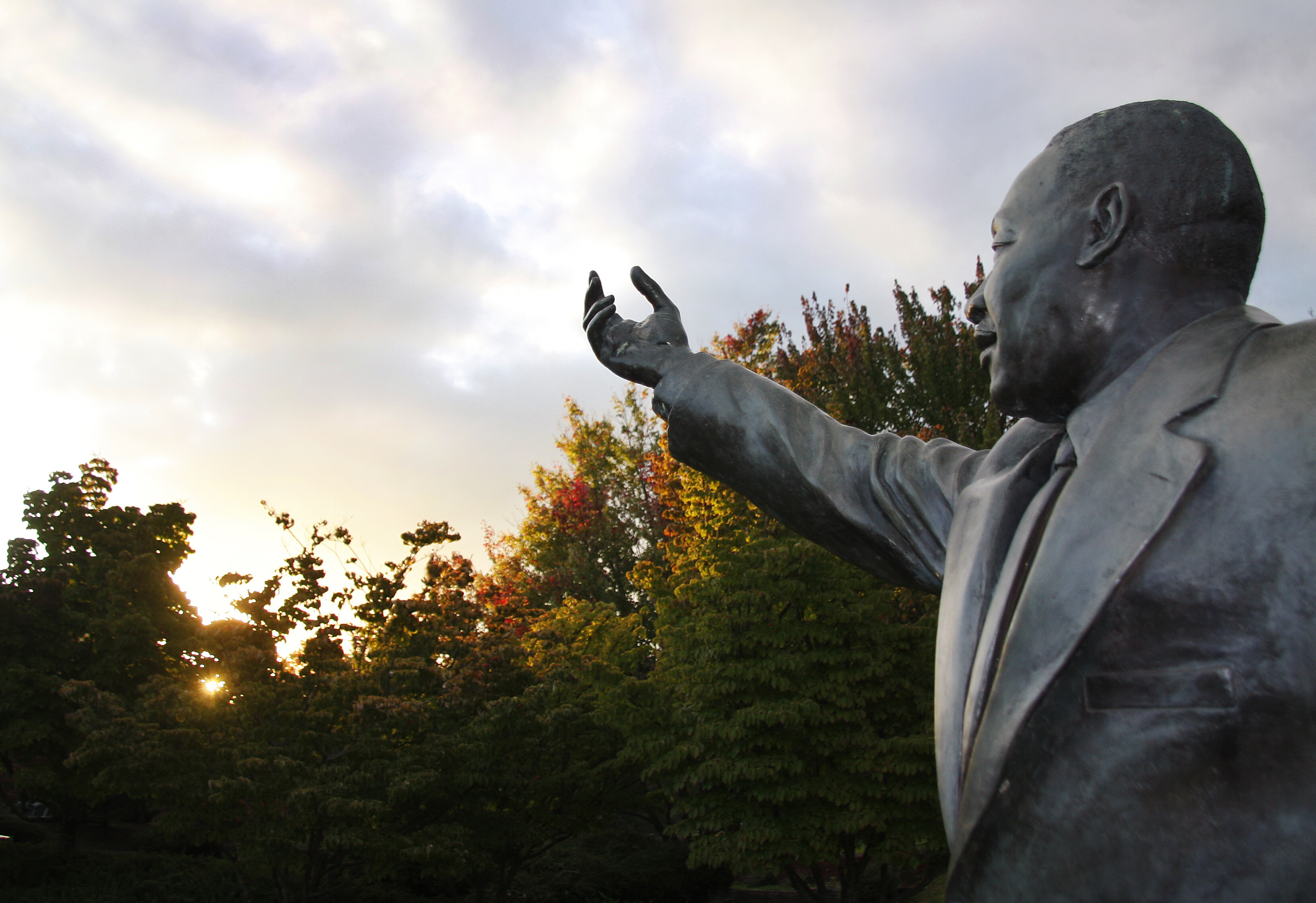