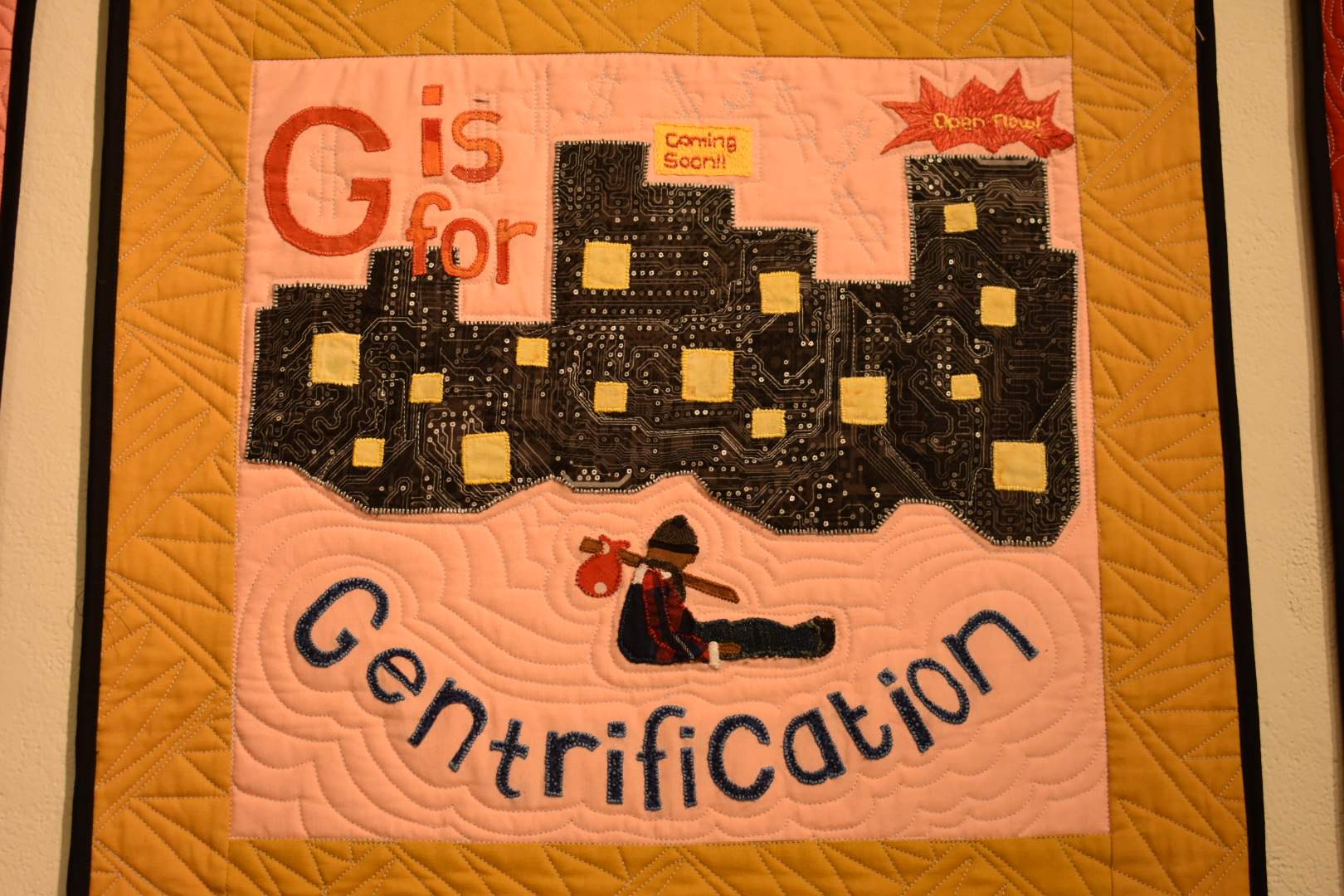 Advocacy and art combined and took new form at the most recent installation on campus.

Open to the Ohio Wesleyan and Delaware communities, the gallery consisted of a presentation and workshop for participants.

The exhibit is part of the university’s 2018-2019 Sagan National Colloquium (SNC). The focus for this year’s SNC programing is how art can impact the world.

The Social Justice Sewing Academy was founded in 2017 by Sara Trail. Trail wanted a creative way for students to portray their ideas about social justice and what it means to them.

The academy teaches children to sew and use those skills to create a block of fabric that will later be incorporated into a quilt. The blocks can be about any issue that the artist cares about.

“It gives youth the forefront in issues,” Trail said in a video message to the audience. Due to a cancelation in her flight, Trail could not make it to the program, which had an audience of over 15 people.

The program started as a post collegiate endeavor, but the idea for it has always been in Trails’ mind.

“My dream is to open a non-profit to teach people to sew,” Trail said.

Social advocacy was a huge factor for Trail when creating the program. She has hosted workshops in underprivileged areas across the United States, such as Chicago and Berkeley. These areas allow Trail to reach out to students to educate them.

“I want to give young people the tools…to understand,” Trail said.

The work the academy has done has been featured across social media and news outlets. Trail herself was already well known in the sewing community for her previous collaborations with Simplicity, a well-known fabric and sewing company. Throughout her career, Trail felt that sewing could do more for people than they realize.

“Sewing is more than a hobby,” Trail said.

The presentation was well received, with over half of the audience staying for the workshop. The experience allowed people to learn new skills and see what an impact their art and voice has in the community.

“Workshops like this make it look possible and doable,”  junior, Miah Gruber, said.