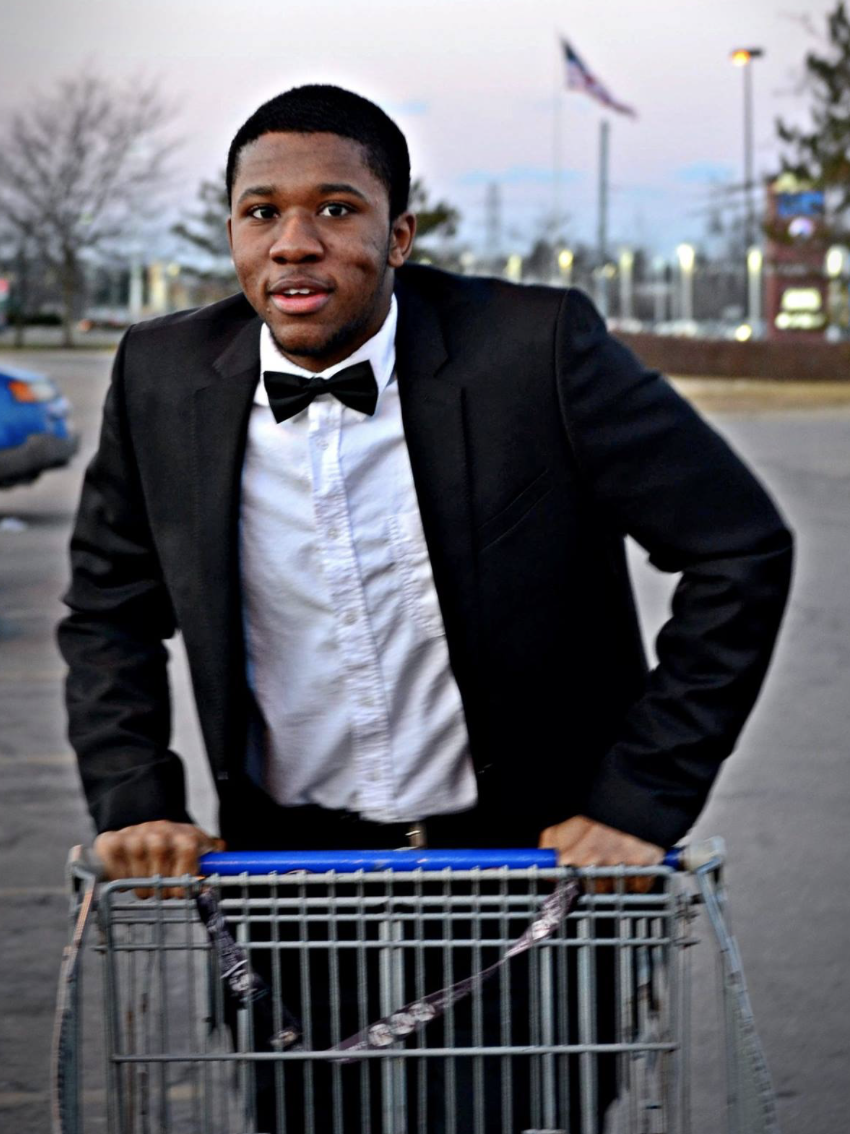 Senior Trent Williams made history Feb. 3, during Black History Month, by being the first black director/producer to create and showcase a film with an all-black cast.

1. What was most challenging about bringing the play to life?

The biggest challenge was getting my actors to see the script as a current day 2017 piece of art that wasn’t written in the 1950s, and to treat the topics and dialogue as if it were happening right there in the present.

2. What was the name of the play you chose and why did you choose it?

I did an adaption of Lorraine Hansberry’s “A Raisin In The Sun,” a story about a struggling black family on the south side of Chicago. I chose to do this play because it was the first play I ever read in 6th grade. When I reread it a decade later, lots of things and actions made more sense to me. I understood the characters better and where they were coming from. I am also from the south side of Chicago, and could personally understand the type of culture that was being represented, so I guess you could say I felt “destined” to take on this project.

3. Why did you decide to direct it as a short film as opposed to staging it as a play?

This is a very long, complicated play, especially for a senior project. My actors also did this voluntarily without pay, so doing the whole thing would have required a definite paycheck, a real Hollywood film budget, no time for school or anything else, and food point[s] that I do not have.

By shortening the play and picking certain scenes and important moments to direct, I was able to fit this huge project into my busy schedule. I also chose to film it because I have many years of experience directing and producing my own films, and film is all pre-recorded and can be shown multiple times without anything changing, so that allowed me more time to focus on my school work once post-production started.

I also chose film because performing the four small scenes on stage would not flow as well, and the audience really wouldn’t understand what they had just watched. Film allowed me to create a shorter narrative out of a bigger narrative that somehow managed to all look good together.

4. How did your production bring a new element to the play?

Since the play was over 70 years old, I decided to treat the house where all of the events occurred as a symbolic time capsule that had no specific time period attached to it, constantly making the viewer question whether the events they were watching were occurring when the play was written, in modern day 2017, or both.

5. How long was the rehearsal period?

The rehearsal period lasted from the second week of the school year, late August, until the last week of September. Rehearsals often lasted only an hour since me and the cast were all busy people. All of the scenes were shot throughout October in five days total. The editing took up to 2-3 weeks.

6. How are the themes of the play relevant today?

The plays touches on very controversial/uncomfortable subjects and issues that many people choose not to talk about or often seek to avoid such as racism (yes, it still exists), abortion and pro-choice, poverty, feminism and embracing one’s heritage.

7. What was the reception to your short film?

The turnout was as good as I expected. Just about 200 audience members in total were able to make it to this historic event.

Most people I ran into said that they really enjoyed it.

8. What do you hope the audience took away from it?

I hope that audience members understood that we as humans are much more alike than we think we are and that we all face similar problems in society, no matter our race, sex, social status, gender, or location.

9. What were you looking for in the actors you chose for your film?

Besides time commitment, I was looking for actors who I knew had the potential to bring these big, larger-than-life characters to life and add their own flavor to the dialogue.