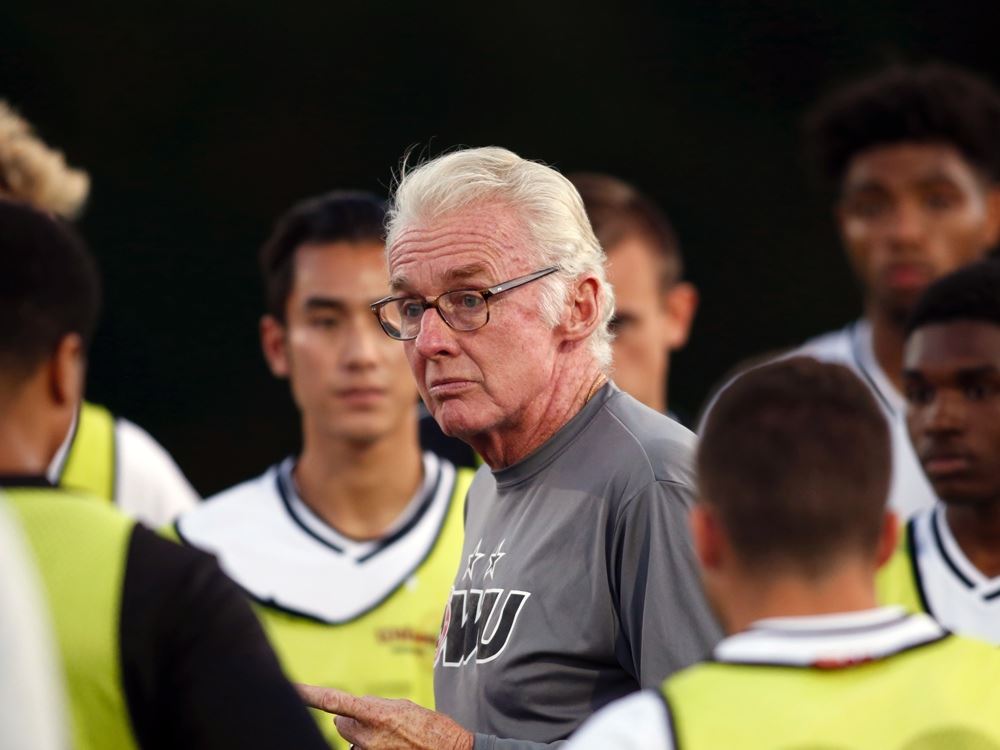 He reached the pinnacle of success with a simple formula – just do the job. Of course, having great players didn’t hurt, either.

Jay Martin, Ohio Wesleyan’s men’s soccer coach for the last 43 years, has 708 wins, the most in NCAA men’s soccer history, two NCAA Division III championships, and countless other achievements under his belt.

On Jan. 18, he was inducted into the United Soccer Coaches Hall of Fame. The Hall of Fame honors coaches on all levels of the sport – professional, college and high school, has been around since 1941 and includes just 66 people, Martin said.

“All I’ve tried to do in 43 years is my job and I’ve tried to do my job the best I possibly can, and to be respected by your peers enough to go into the hall of fame is really, to me, big time. It’s the biggest achievement I think a coach can have,” Martin said.

Martin credited the players who contributed to his success.

“You don’t get inducted into a Hall of Fame with lousy players,” Martin said.

The feeling is mutual for many players, like midfielder Hector Gomez.

“He not only is a coach but he is like a second father. The way he cares about his players is like no other,” Gomez said.“You know you can always count on him for anything and that’s because that’s the culture he has built around our soccer program.”

Players often decide to come to Ohio Wesleyan and play for Martin because they recognize his caring and style, which is to focus on the player and help the team form bonds.

“We have a culture up here that emphasizes intrinsic motivation,” he said. “We’re about relationships, we’re about empowerment, it’s their program. The best thing about Ohio Wesleyan is the students, without question.”

With such success, and so many accomplishments, Martin has seen his fair share of offers from other programs, yet his loyalty to Ohio Wesleyan has never wavered.

“I’ve had opportunities to leave here over the last 43 years, but every time I’ve gone to look at another place, it reinforces in my mind what a great place Ohio Wesleyan is,” Martin said. “I enjoy coaching. To me, coaching is an extension of teaching. As long as I am healthy and feel that I am doing the job, then I will continue to coach.”

“It’s been a pleasure being coached by Jay Martin. I’ve not only become a better player, but a better individual as well,”Roberts said. “Within this program is a culture of brotherhood and family which can never be taken away.”

The team made it to the second round of the NCAA tournament last season and Martin said he has high hope for next season too, starting with the opening match.

“Goals for next year? Winning the first game of the season,” he said.