From Feb. 18 to 22, Ohio Wesleyan University’s department of theatre and dance will perform Kindertransport, an award-winning 1993 play by British author Diane Samuels. To read it was difficult, in more ways than one, so it might be appropriate to provide some historical background and context so that the audience might develop a fuller and more accurate understanding of what the author is trying to accomplish. The goal of this article is to establish a framework, not to reveal any specific plot details or to comment on the production.

Most Americans take it for granted that their lives are safe and secure, stable and predictable. That is not the norm in many other countries, and that has not been the norm in human history. Today, there are more than 33 million internally displaced persons (IDPs) who were forced to flee their homes as a result of conflict. If you add the millions more who have crossed international borders to save their lives, the staggering number is over 51 million, the highest since World War II. Astonishingly, half of them are children. Many refugees never reach safety during their passage – they are killed, or drown or die of starvation and diseases. In addition, many countries eye migrants with suspicion and hostility or deny them entry altogether. Even those individuals or families who do reach a safe haven often end up in temporary refugee camps where they are treated like lepers and languish in legal limbo for years and decades, unable to work and become productive members of society again.

World War II was one of those horrific times in world history, when some 55 million people perished and tens of millions more were forced to flee their ancestral land either as a result of combat or the redrawing of political borders. For example, millions of Germans and Austrians fled Nazi Germany and went abroad, not all of them Jewish. At the end of the war, millions more Germans were uprooted and had to abandon their former homes in areas that are now part of Poland or the Czech Republic to seek safety in western Europe.

The wrenching fate of one of those refugees or migrants is the topic of Kindertransport. In 1938 and 1939, after the “Kristallnacht” (the Night of the Broken Glass) and before the outbreak of World War II, nearly 10,000 German-Jewish children were evacuated to England. Many of them would never again see their parents who stayed behind and perished in concentration camps such as Buchenwald or Dachau. Thus, little Eva (only nine years old at the time) becomes separated not only from her parents, but from her language, religion, culture and identity. Over the years, she adjusts, but it is very clear that throughout her adult life she remains haunted and scarred as a result.

She never recovers from being uprooted, and her profound loss leads to lifelong depression and melancholy. She has difficulty relating to other people, including her own daughter. The mental anguish and emotional damage of Eva (or Evelyn, as she calls herself later in life) is one of the main motifs of the play. There are others, but they all have their origins in the original dispossession and dislocation. For example, just like Eva’s life is like a broken and dysfunctional piece of crystal, so the language of the play is fragmented and tortured. Eva’s unspeakable suffering is so great that she prefers the protection of forgetting over the pain of remembrance. She was too young and vulnerable to bear the separation and indicates at one point that she would have preferred to die alongside her parents rather than being shipped to England. The idea of survival rings hollow if the price is lifelong agony.

Despite the obvious references to Hitler and Nazi Germany, the play is not primarily a historical play – it is a complicated narrative in which past and present, history and mythology are interwoven. It contains many biblical references to the Old Testament, all of which are relevant for a deeper understanding of what it means to experience separation and how to remember it: In Genesis, Adam and Eve are cast out of Paradise, thus becoming the world’s first migratory family.

Passover commemorates the Exodus from Egypt. Living dispersed in exile (“galut” in Hebrew) has been part of the Jewish identity throughout history: “Though shalt be a diaspora.” But one related question the play does not pursue and address – where is God in all of this? Why does he not reveal himself and why does he not “look after” and “take care of” little Eva despite her repeated desperate cries for help? Maybe God is present and provides for Eva in disguise, unrecognized and unacknowledged? Perhaps he chose to remain hidden to allow us to overcome our dependency on him? Perhaps – to quote Nietzsche – he is dead and we humans have to learn to do without him? The “deus absconditus,” one of theology’s oldest mysteries, remains an unanswered and perhaps unanswerable question.

Kindertransport is the story of but one human refugee. Eva was an innocent Jewish child, but innocent Native American and Mexican children, Palestinian and Syrian children, have met and are still meeting similarly tragic fates. Multiply Eva’s sorrows and sufferings by fifty million, and you start getting an idea of the kind of economic and political, social and psychological toll the modern refugee problem exacts on humanity.

Come to think of it, dispossession and dislocation is probably as old as humanity itself. Europe’s map was redrawn multiple times during the turbulent migration period (400 to 700 C.E.) during the decline of the Roman Empire. And wasn’t North America largely settled by people seeking refuge from Europe’s religious persecutions and wars, and later due to institutionalized slavery? And it is well known that Australia’s history dates back to the forced deportation of British prisoners. And, who knows, some day we might find pockets of humanity living in outer space, scattered by choice or involuntarily in the solar system and beyond.

To some extent, migration is thus part not only of Jewish identity but of the human race in general. At the very least we should show understanding and compassion for the victims of both forced and voluntary migration instead of maligning and loathing “the poor and huddled masses” seeking to save and improve their fragile and miserable lives.

Another take-home message from the play might be the idea of peace – the necessity to turn swords into ploughshares. The cost of war is too great to sustain for any length of time, and non-aggression is preferable to violence in almost every circumstance. If the world finally learned to live in peace and harmony, with or without God, then plays like Kindertransport would no longer have to be written and performed.

Dr. Thomas Wolber is an associate professor of German at Ohio Wesleyan.  He teaches all levels of German language, literature and civilization. In addition to those subjects, he specializes in comparative literature and environmental studies. 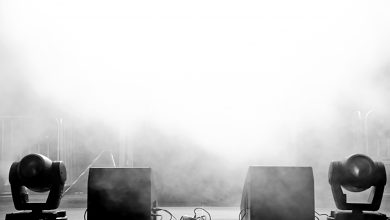