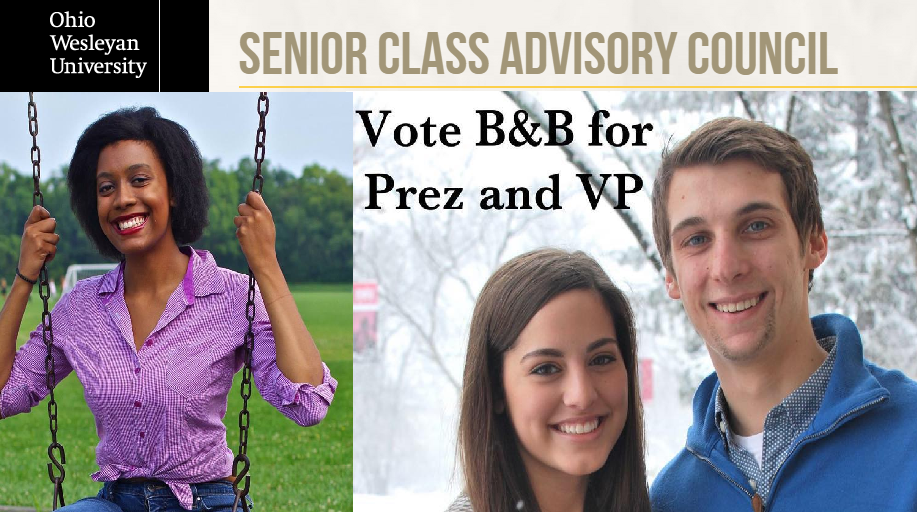 The announcement of a run-off election for Senior Class Council in late March has not gone over well with candidates who were previously told they won.

In order to confirm the results of the initial election, juniors Ben Miller and Brittany Spicer – who were told they won via email – were yet again forced to contend for president and vice president.

Miller went against Shelli Reeves for president and Spicer against Milagros Green for vice president. All of those who are running are juniors, a requirement of the election.

“When I first found out there would be a run off, I was angry,” Spicer said. “We had gotten multiple emails confirming the election results and congratulatory messages from faculty, staff, students and even Rock Jones.”

Miller, who is the Arts and Entertainment editor at The Transcript, shared his disapproval.

“I was just really surprised, I was congratulated by the administration and then it was just kind of taken away,” Miller said.

Miller said he found the proceedings unfair and the school should have notified all of the candidates beforehand.

Two other additions to the Senior Class Council, secretary Kelly Johnson and treasurer Sean Roskamp, were unaffected by the announcement of a run-off.

Roskamp ran unopposed and Johnson won the majority of her votes. This resulted in both keeping their positions.

Still, Johnson was upset with how things played out.

“It was definitely pretty frustrating,” Johnson said. “How can you tell someone they won when they didn’t?”

During the run-off election, the worry was whether or not enough people would vote. Those who were still in the running for president and vice president did not campaign as much the second time around.

“I think the big concern is just getting enough people to vote in general this time,” Spicer said. “No one was really expecting this to happen, so I haven’t seen any candidates putting as much into campaigning as we all did the first time.”

Reeves and Green sent out emails reminding students to vote, but not much else has been done in terms of campaigning from any of the candidates.

The run-off voting took place online, April 8-9. And after tallying the results, Reeves and Green won their respective positions.