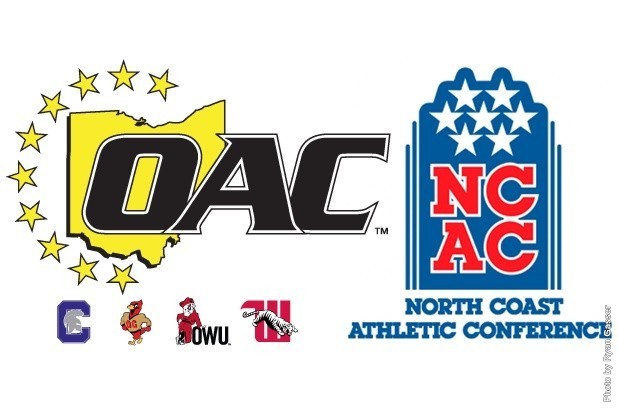 NCAA basketball is back, ladies and gentlemen, and the Ohio Wesleyan University men’s and women’s basketball teams are ready to tip it off the right way.

The men’s team, led by NCAC Freshman of the Year Nate Axelrod, now a sophomore, looks to repeat as NCAC champions and improve from last season, where they went 22­6, 16­2 in the conference. After a heartbreaking loss in the opening round of the NCAA tournament to St. Olaf College, an appearance in the 2016 tournament is on their to­do list, along with bringing another conference championship back to OWU.

Axelrod, who averaged 16.2 points a game last season, looks to improve his personal play, as well as team chemistry to contribute to the hopeful upcoming season.

“I think we all have high expectations for ourselves this year, considering our success last season and how much we’re returning,” Axelrod said.

“We should be very successful this year, much like last year,” Simpson said, “however, we definitely have a target on our back this year.”

The women’s team returns from a 15­-13 season, 9­7 in the conference, which is not ideal for their level of plays. After being knocked out of the NCAC tournament by Wittenberg University, the ladies’ season was over in a bitter fashion.

On top of that, after graduating, five seniors, including LaNiece McRae and Sarah McQuade, who led the Bishops last year in multiple categories, the younger, less experienced players will have to boost their contribution to the team this year in order to achieve success.

Junior Taylor Dickson believes the underclassmen will do just that.

“We definitely have a strong, promising underclassmen presence on our team this year. Our newcomers worked extremely hard over the summer and have proved since stepping on campus that they have the drive and work ethic to get better and compete at this level,” she said.

Dickson, who played in all 28 games last year will look to contribute a lot to the team’s winning

effort, along with junior Megan Kuether, and the two seniors of the team, Kelly Still and Hanna Fedorka. Dickson, Kuether, Fedorka and Still are the only returning players with varsity letters, so this year’s success will rely heavily on the contribution from the younger, more inexperienced players.

Well­wishers will fill the Edwards Gymnasium this year, in hopes that not one but both of the OWU basketball teams will see their hard work come to fruition.