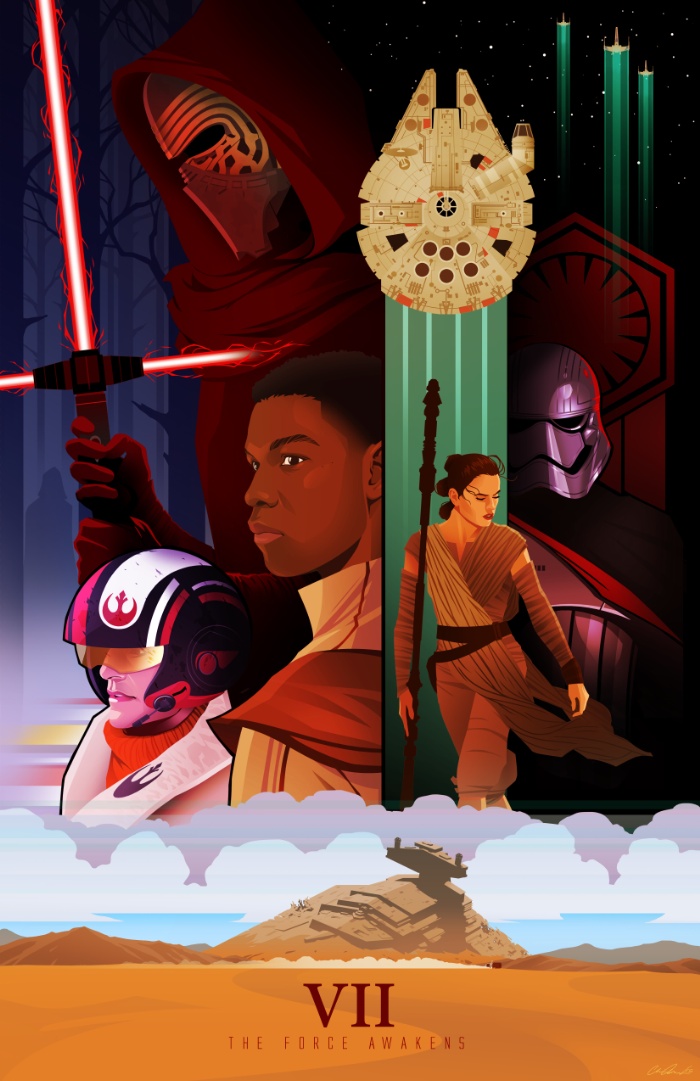 Stormtroopers, Han Solo, R2-D2, Darth Vader and Yoda somehow existed in my periphery throughout my childhood, but I didn’t understand the fascination or hype surrounding the Star Wars franchise.

“The Force Awakens” takes place 30 years after “Return of the Jedi.” The sequel features the trio from the original trilogy—Han Solo (Harrison Ford), Princess Leia (Carrie Fisher) and Luke Skywalker (Mark Hamill), whose first appearances on screen had me, a novice in all Star Wars related things, cheering internally.

With lines like, “Chewie, we’re home,” “The Force Awakens” give old fans of the franchise a taste of familiarity, while also welcoming new fans and a new generation as a whole.

For a movie that lasted more than two hours, “The Force Awakens” could have easily bored viewers, especially those who aren’t die-hard fans of the franchise. But its biggest merit is that the movie didn’t feel sluggish.

The plot was interesting. The characters tossed around clever lines which hit the right mark of being funny without trying too hard.

The fight scenes were executed well and the tight, seamless editing contributed to the overall flow of the film, particularly where Poe, Isaac’s character, is concerned.

He appears in the beginning of the film, but after an attempt to escape the First Order goes awry, Finn presumes Poe is dead. The pilot doesn’t make a reappearance until the last 30 minutes of the movie.

Even so, his return isn’t jarring or abrupt, but his absence isn’t neglected, either. Throughout the movie, BB-8, Poe’s globular droid, befriends Rey to seek its master, thus ensuring that the audience remembers Poe.

Moreover, the actors, particularly Ridley, Boyega and Isaac, command viewers’ attention with their characters’ likability, while the older actors retain the signature charm that long-time fans loved from the beginning.

Ultimately, “The Force Awakens” attracted a new generation of fans and that’s evident from the sudden surge of Star Wars’ popularity since the sequel’s release.

No matter how many years pass, you can’t escape the Force. The Star Wars franchise may have been dormant after the release of “Attack of the Clones” in 2005, but not anymore.