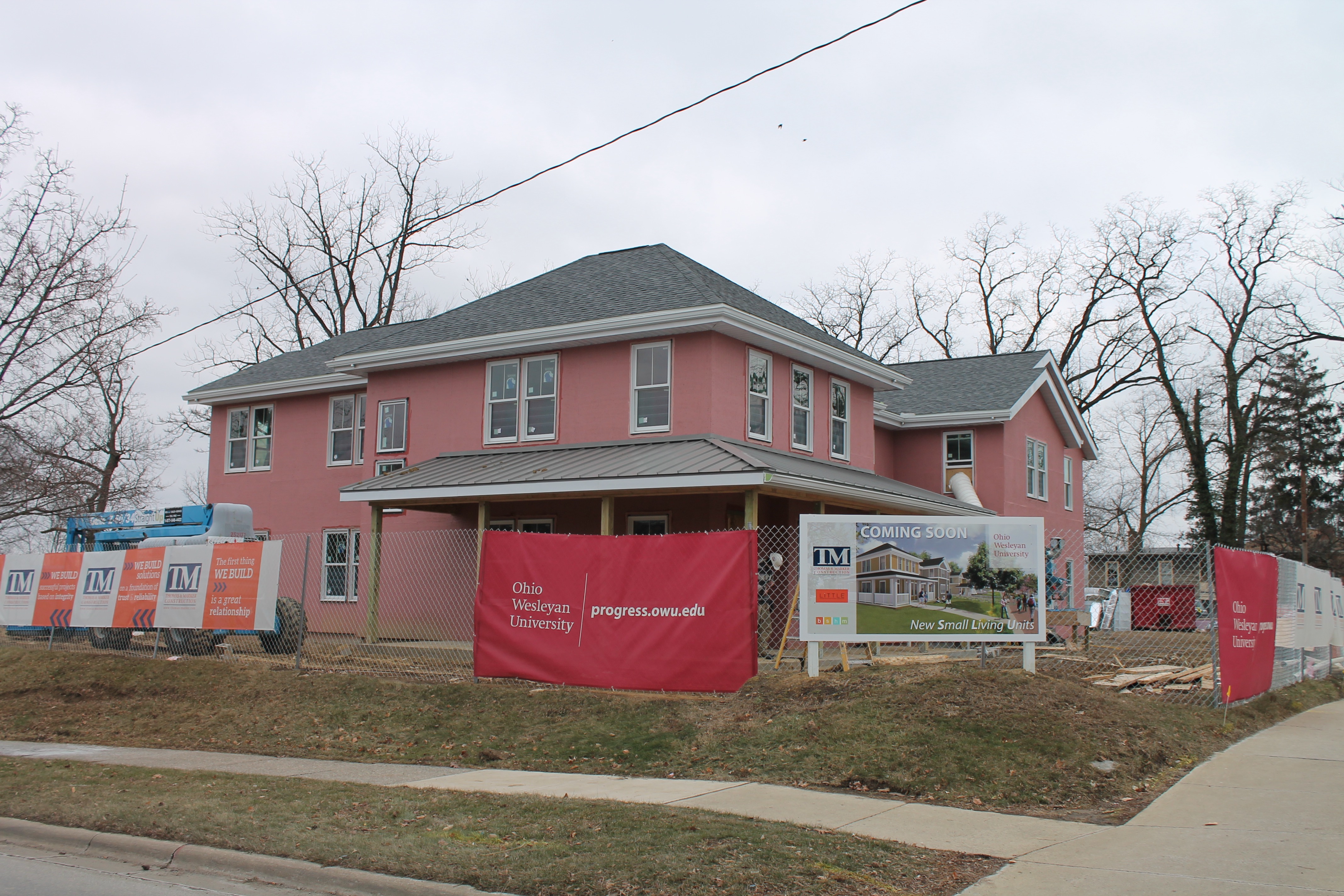 While construction of the first SLUplex continues on 118 Rowland Ave. where House of Thought (HoT) previously stood, the remaining SLUs are rotting from the inside out.

SLUs, most of which were built in 1901, encounter problems typical to any older home: propping windows open with bricks, bats occasionally finding their ways into the hallway and laying down tarps to prevent a leaking roof, according to multiple SLU members.

The basement and third floor of the House of Peace and Justice (P&J) are off-limits, however, due to lack of renovations and concerns for personal safety, according to sophomore Izzy Taylor, a member of the house.

“It took almost half a semester for a computer to be installed in our common room … a hole in the ceiling over my bed rotted through in mid September, and it took until sometime over winter break for it to be repaired,” said Taylor.

Occasionally students have to relocate. Benson mentioned a student with severe asthma who had to move out due to mold within the facility.

“Some of these houses are so old that the solution will be to close that house down, and move those people to one of the new facilities,” said Benson.

Currently there is one SLUplex being built, a duplex style living facility that will house two SLUs. The master plan is to eventually have four of these SLUplexes along Rowland Ave., but the project only progresses when funding is provided, said Benson. She is hoping that by next year, as the first SLUplex opens, another will be under construction.

As most SLUs are predicted to stay in their current homes, the application process to move into a SLUplex has changed from previous applications.

SLUs will have to submit a proposal to renew and rank their preferences for facilities. Students, staff representatives and one staff member from residential life will then determine based on the merits of the presentation and application who will be the occupants of the first SLUplex, said Benson.

“I hope to see a home that is designed around the community-focused aspect of SLUs … building community and family within the SLUplex is what is most important, as is making the building accessible to all people,” said Taylor.