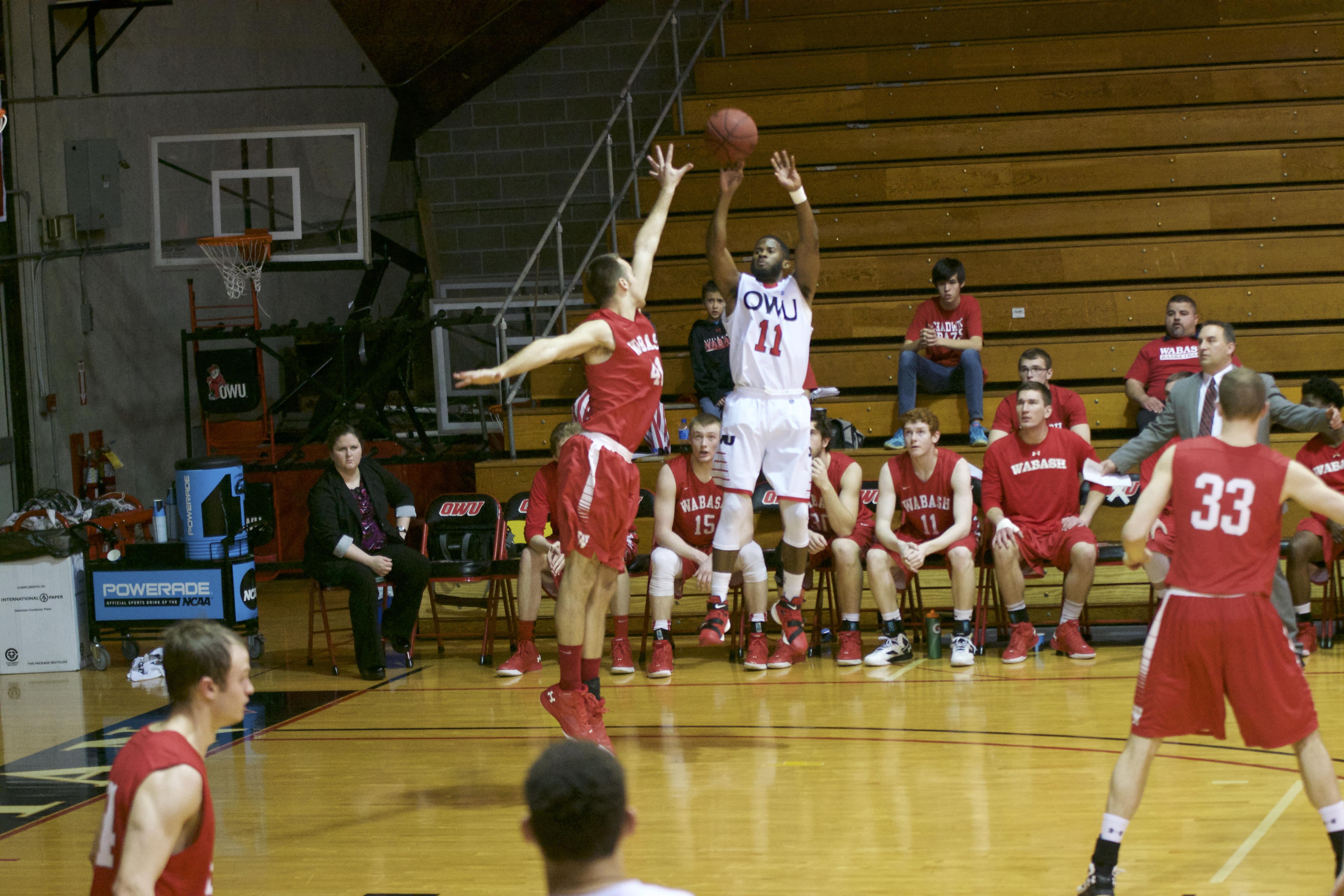 With a minute and half remaining, amidst a crowd of over 300 in attendance, the score was 97- 75 in favor of OWU, ultimately ending with a 100-80 win for the Bishops.

“It’s one of the best seasons in school history and we just hope we can continue that as long as we can,” Dewitt said.

Kyle Brumett, head basketball coach at Wabash said, “(OWU) is really good. We’ve had success at times against them because they haven’t shot it as well as they have shot tonight. (OWU’s) game plan is out of the window, definitely and that’s why they are 1st place and we’re 8th.”

Sophomore Shooting Guard William Orr said, “This is the best group of players I’ve played with. We know the rules, we know what we need to know to win and that’s what we did tonight.”

According to the Battling Bishops website, the NCAC tournament semifinals and championship game will be held at OWU on Friday and Saturday. In the first semifinal, Hiram College will play against College of Wooster, followed by the second semifinal between Denison University and OWU.