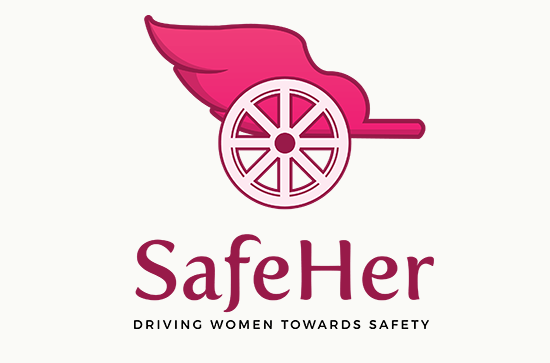 No men allowed: that’s the idea behind SafeHer, a new ridesharing service with only female drivers for women and children passengers.

Though highly popular, other ridesharing services such as Uber have been dangerous for women.

Uber reported five claims of rape and 170 claims of sexual assault from December 2012 to August 2015, according to Uber’s recent statement to BuzzFeed News.

SafeHer founder Michael Pelletz drove for Uber where he would pick up college girls from clubs late at night and worry about their safety with other drivers. He decided that women needed a safer option.

Due to an overwhelming response, SafeHer postponed their April 19 launch date in Boston to do one major launch across the country.

“We are going to be in every city because we realize that this is so important to so many people,” Pelletz said. “We are just getting our technology ready to handle it and will be in every city and town in the fall.”

Without having launched yet, SafeHer has already made international news.

The company has received over 50,000 emails from women interested in becoming drivers and passengers, Pelletz said.

“I never would have dreamed of this,” he said. “I’m honored to be able to share my ideas with the world.”

The service will have a unique safety feature. Drivers and passengers will be given a code word that the driver must say before the ride begins.

Similar to other ridesharing services, riders will be able to see a picture of their driver, the car model, license number and use real time GPS tracking on the app.

Drivers will also go through a more comprehensive background check than other services, according to SafeHer’s website.

“The SafeHer idea makes me feel a lot more comfortable with considering to get a ride unaccompanied,” senior Gina Groseclose said. “I think that women will feel safe being driven by other women who understand the concerns that come along with being driven by a stranger.”

Only nineteen percent of Uber drivers were women in November 2015, according to a driver report released by Uber.

“I think SafeHer will open up the job market for women as the potential of dangerous male passengers has prevented women from pursuing the good work opportunity of driving for a car service,” Groseclose said.

To encourage college students to become drivers, the company plans to work with the work-study programs at universities, Pelletz said.

There is no word yet as to whether Ohio Wesleyan will be working with SafeHer.

SafeHer will also have 2 percent of each fare donated to the rider’s choice of 10 women-based charities. Customers can suggest charities on SafeHer’s website.

SafeHer changed its name from Chariot for Women on April 20 after posting a naming contest on their website.

“Because of the amazing response that we had, we realized that it’s the world’s company,” Pelletz said. “We wanted the world to name us.”

Although SafeHer isn’t available yet, OWU students are able to access safe transportation in other ways. Public Safety always has officers on duty that students can call for a ride if they feel unsafe.