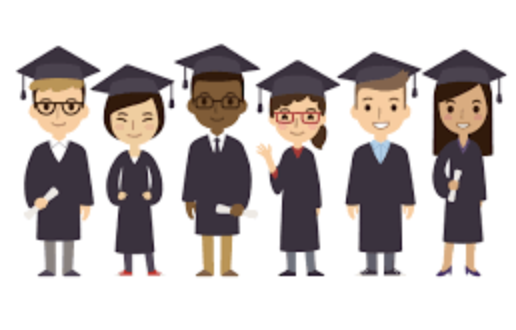 Some people hold the view that diversity is incompatible with and antithetical to excellence. A woman can never be an effective president, they might say. The same people may believe that a black student can never become a top-notch STEM scientist or that a Hispanic-born “dreamer” become a loyal American citizen. They are mistaken. Diversity is not just about being fair, nice, or politically correct.

Let’s imagine, for a minute, that Hollywood makes movies only for, by, and of straight white men. Obviously, such products would not be particularly attractive to most women, Hispanics, Blacks, LGBT folks, or international audiences. To increase sales and profits, the film studios would have to produce movies that are more diverse and multicultural in terms of gender, race, national origin, language, sexual orientation, etc. The same is true of any company. If a board of directors consisted of nothing but a bunch of old white-haired men, chances are that the particular products of that company wouldn’t be bought by many millennials, women, or minorities. A company that wants to avoid entropy and to remain competitive has to make a concerted effort to understand the market and respond to its customers. Boards must be as diverse, inclusive, and heterogeneous as possible and create space for new viewpoints while considering alternatives. Not only do diverse and decentralized companies perform better, their long-term health and well-being depends on having a workforce that reflects the population.

The same principles apply to other institutions and organizations like schools, churches, hospitals, city councils, the police, political parties, etc. Recent studies outline multiple benefits of diversity for institutions of higher learning as well. Jeffrey Milem at the University of Arizona (2003) says that increased faculty diversity results in more student-centered approaches to teaching and learning; diverse curricular offerings; research focused on issues of race and ethnicity; and faculty-of-color involvement in community and volunteer service. Paul Umbach from the University of Iowa (2006) found that faculty of color were more likely to interact with students, to employ active and collaborative learning techniques, to create environments that increase diverse interactions; and to emphasize higher-order thinking in the classroom. Other studies likewise emphasize that diversity enhances more comprehensive approaches, collaborative learning, deeper knowledge, critical thinking, and cognitive development. We also know from K-12 schools that black students perform better academically when their schools have black teachers, and their graduation rate is higher. This is by no means an exhaustive list. There is much that is not yet known because the benefits of diversity has been a historically neglected area of inquiry. But from the research available so far it is clear that racial and ethnic diversity matters for optimal learning outcomes.

Academia is historically rooted in white and male authority and hegemony. Indeed, many colleges and universities were once funded through the practice of slavery. Ohio Wesleyan University, too, remains a predominantly white institution. But history is not destiny. There is much OWU could and should do to remove barriers to diversity. More faculty and administrators of color and/or other diverse backgrounds would make the institution more attractive to minority students and help with recruitment, retention, and student satisfaction. At the same time, it would allow OWU to fulfill its promise to provide a global education for everyone and prepare all students for a world that won’t look like the communities they hail from. OWU, a liberal-arts college, has a fine tradition of broadening students’ horizon. But there is more to be done. Currently, OWU is not preparing students to the extent that is necessary for a diverse world and future. For example, most graduates will have never had a person of color as their teacher, adviser, or mentor in their life. In the real world, it will be different. How will OWU students deal with a black, female, or LGBT superior later in life? Will they accept and support the person in authority, or will they reject and undermine the leader’s legitimacy? Is OWU equipping them with the requisite body of knowledge, skills, and character to navigate the unknown?

As the population of the U.S. becomes more multicultural, diversity and inclusion will play an increasingly integral role in every aspect of society. It is the next frontier.