The African-American community at Ohio Wesleyan has a renewed chance to make its mark on the university.

Black Men of the Future (BMF) has officially been added as a club, and the group has high aspirations as it rejoins the Ohio Wesleyan community. Although BMF has been offered to students in previous years, the club was shut down last April due to lack of participation.

OWU sophomore Adedayo Akinmadeyemi, is responsible for bringing the group back into existence.

“Our main goal right now is to establish a name for ourselves again. I want to be a strong organization on this campus and not just another minority,” Akinmadeyemi said.

Akinmadeyemi also expressed that the club’s biggest goal is to form a brotherhood within the group. “[We want to] truly stick together and have each others backs because it doesn’t seem like the black males on this campus do that,” Akinmadeyemi said.

Treasurer of BMF, Daniel Delatte believes that the group will not only impact OWU, but also the enrollment size of the student body. A successful BMF group could potentially help the university achieve its goal of “2,020 students by 2020.”

“We’re going to leave our mark and do something to make Ohio Wesleyan better, and hopefully bring more black men to the school as well,” Delatte said.

Akinmadeyemi believes that the best way to increase the number of students in the group is simply to start recruiting as soon as possible. 20 African-American men have reportedly joined already.

Akinmadeyemi hopes that by focusing on the incoming freshmen, BMF will have students that are going to grow with the club, and continue the tradition.

“This past year, the upperclassmen and the freshmen had no reason to communicate, BMF will help them through that transition,” Akinmadeyemi said.

BMF will perform multiple service projects around the OWU campus in an effort to give back to the university. The club’s executives have been planning activities to be held next fall.

Administration for this club include President, Adedayo Akinmadeyemi, Vice President, Marvin Sehna, Secretary, Kesh Charles, Treasure, Daniel Delatte. All of the officers live in the House of Black Culture.

The club will meet twice a month in Stuyvesant Hall to build community and connect with one another. Delatte encourages any black male on campus to come to the meetings, which will be held on Thursdays.

“You want to build community with the same type of people as you. Those people that have been through the same struggles as you growing up,” secretary Kesh Charles said. 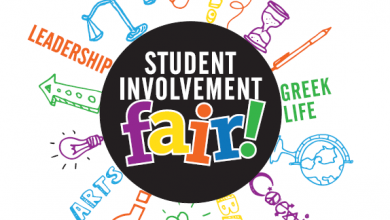