In the six, 30-minute episodes of season one, Westwick plays a window salesman named Vincent Swan who will do absolutely anything to make sure he finalizes a sale.

Swan crosses many lines to see more cash flow in his life. Things including, but not limited to, cheating, lying, stealing, tax evasion and fraud.  Though, who’s anyone to keep a bad boy down?

Westwick’s co-stars James Buckley and Joe Thomas also take on important roles and could be described as intolerable sidekicks and sometimes questionable friends, but their characters add a bit  of spice to the already inappropriately funny show.

While watching the show, I couldn’t help but notice its similarities to the notorious film, The Wolf of Wall Street, starring Leonardo DiCaprio.

Both productions are riddled with monologues in which the star speaks solely to the audience.  There were even smaller similarities such as the clothing, cars and the way these men handled business.

The Wolf of Wall Street was based on the life of businessman Jordan Belfort.  In his prime, Belfort schemed investors out of millions of dollars by selling them worthless stocks and instilling false hope in them. However, White Gold replaces stocks with windows and millions with thousands.

There is a scene in White Gold where one of Swan’s coworkers persuades a customer to buy new windows, claiming the windows she has previously purchased were “defective.” However, her windows were perfectly fine and though she was told she would be getting new windows, they simply took the old ones out and put them right back in.  Scandalous, but he then turned a 100 percent profit.

Though the similarities in White Gold and The Wolf of Wall Street concerned me a bit, both were impeccable.  If you have the time, I recommend you set aside three hours to watch White Gold this weekend. It is both hilarious and devious and will have you hooked within the first five minutes. 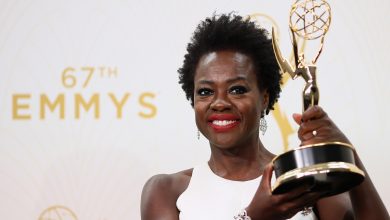