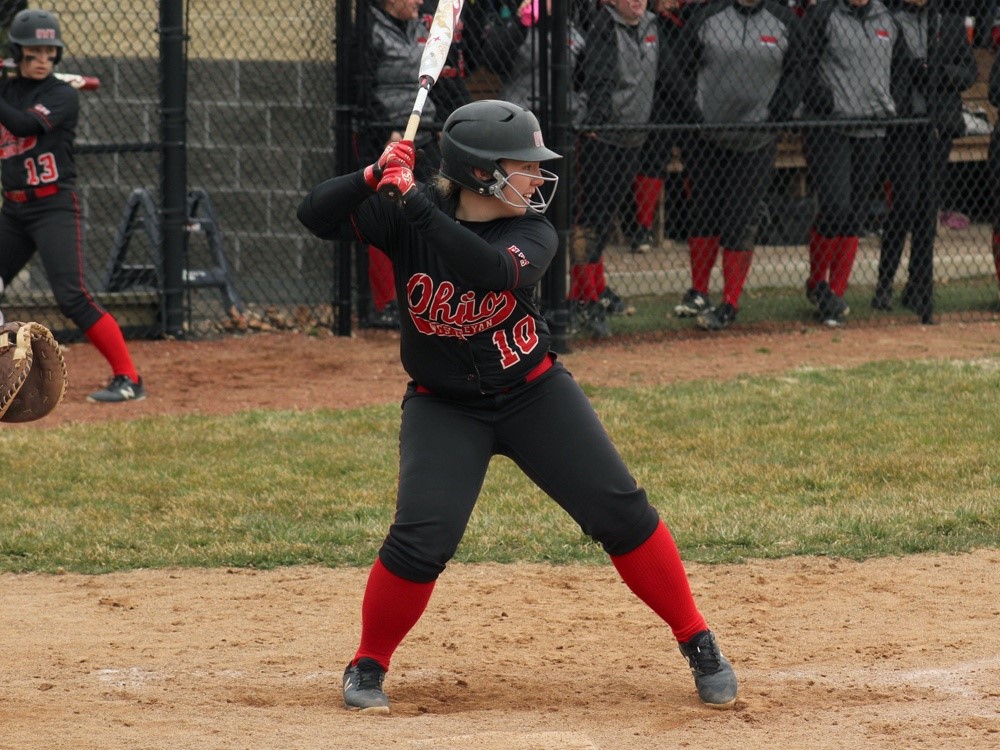 OWUs softball game against Denison wasn’t just any regular season game, it was chosen to be the softball teams StrikeOut Cancer game that helps raise money and bring awareness to cancer.

Attendees were able to purchase a 50/50 raffle ticket or buy a ticket to win a 55” TV or grill.

There was also an opportunity to color ribbons in honor and recognition of those closest to you that might be affected with cancer.

After its creation more than 10 years ago, NFCA’s goal through the StrikeOut Cancer program is to “help increase cancer education and promote healthy living through awareness efforts and fundraising activities.” (https://nfcaevents.org/docs/strikeout-cancer/strikeout-event-information.pdf)

“The strikeout cancer game was more than a game to everyone,” freshman outfielder Madison Bridger said, “It was greater than ourselves and i am super blessed to be a part of a team that was able to raise so much money for the cause.”

Last year, OWU women’s softball raised $3,726 and were recognized as one of the top individual fundraisers for that years NFCA and American Cancer Society annual StrikeOut Cancer initiative.

This year, softball set a goal for $4,500 and have since passed it, predicting a number closer to $5,000 by the time all the donations come through.

“It’s the first time i’ve ran it specifically with such a big goal in mind, we are very excited that we beat our goal by a long shot,” assistant coach Chloe Shell said.

Last saturday’s doubleheader against Denison was also one for the record books.

Senior captain Erin Ferguson became OWUs career home runs leader after she blasted a home run to left center in the bottom of the sixth.

The home run was the 14th of her career, breaking the previous record of 13 set by Taylor Dickinson 17’.

Bridger tied a school record by going 4-for-4 for Ohio Wesleyan, tying the school record for hits in a game. It marked the fourth time this season that the Bishops have tied the single-game hits record

Freshman Baylee Small remarked that “Being able to use my god given talents and play the game that i love to help raise money to find a cure for cancer was incredible, and i can’t wait to do it again.”