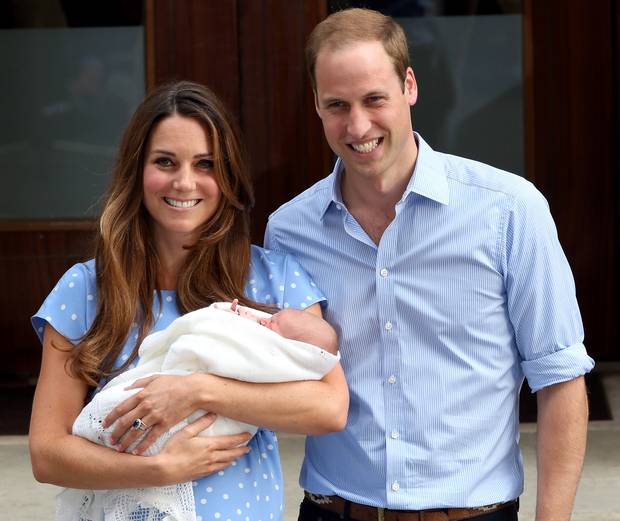 An heir and spare were already in the British royal family. Now there is an extra spare.

On April 23, Kate Middleton, the Duchess of Cambridge, gave birth to a son. He is the third child between Middleton and her husband William, the Duke of Cambridge.

The baby was born at the historic St. Mary’s hospital in  London, England. This location has been the hospital of choice for royal births, with both baby’s siblings and its father born there.

In September last year, Kensington palace announced that the couple were expecting their third child. Later, in October of 2017, the expecting date was released to the public.

The sons name has not been released to the public yet, but traditional British names are being considered in the public’s eyes. The duke and duchesses’ oldest child is named Prince George and their second oldest is named Charlotte.

The new baby is fifth in line for the throne, behind his grandfather, Charles, Prince of Wales, his father the duke, and his two older siblings.

The likelihood of this new prince becoming king is slim, but he will have many other royal duties and be in the public eye. He will most likely have roles like his uncle, Prince Harry.

The British royal family has been a source of constant public press and criticism in the last century. The marriage and divorce between Charles and Princess Diana has been one of the most public relationships in history, with Diana’s untimely death pushing the royal family to harsh criticism that is still common to this day.

Marriages and new children provide positive press for the family, making their popularity reach record highs every time. Yet this new baby has not received all the hype that his siblings did.

Being fifth in line to the throne can be hard. The public can easily dismiss you or forget about you. The chances of you gaining any true power is slim. Yet this prince should not be discounted. Throughout history, there have been rulers of England that have succeeded to the throne when they were previously thought to be nobody. Both Queen Elizabeth’s were far from first in line for the throne. So was King Henry VIII. So was Queen Victoria
I for a brief time.

These kings and queens all are remembered as rulers, rising in the ranks as a forerunner for the throne. The new prince has just as much of a chance as any other person in line for the throne.