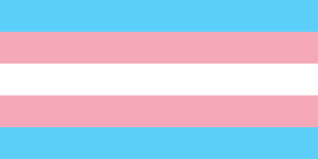 The Trump administration announced to the world that it is considering defining gender by genitalia at birth, threatening the rights of transgender people across the nation.

The news comes at a time where people of all minorities feel threatened daily by an administration that seems to be against them at all costs. The announcement created a social media storm, with people tweeting and posting that they stand with transgender people and the policy, if it proceeds, threatens the human rights of over one million people in the United States.

By identifying gender at birth, many people will be confined to whatever gender they are born. This can lead people who have had their gender markers changed on legal documents have to revert back to their birth gender.

Donald Trump’s policies differ drastically from President Barack Obama’s policies. Obama allowed for looser restrictions on gender and sex, allowing people to define it when they want to, not at birth.

The Department of Health and Human Services is also attempting to alter transgender rights by establishing a legal definition of sex under Title IX, according to the New York Times on Oct. 21. The efforts leave transgendered and other marginalized people feeling uneasy.

Restriction of human rights is not new to the American political system. Throughout our history, Americans who are not the typical heterosexual white male have had to fight for basic rights. America has long ignored these problems until the civil rights movement in the late 1960s, which forced citizens of the United States to see for the first time the plight of others in the nation. The LGBT movement is experiencing the same issues.

Allying ourselves with marginalized peoples will not only strengthen their causes but bolster our causes as well. Unity in numbers as well as ideals is what the United States has valued for decades, leaving the opportunity for a new era of campaigning and protesting in our able hands.

One thought on “Trump and his new transgender policy”