In 2015, 133 fraternities and sororities were suspended or closed nationally. But at small liberal arts school Ohio Wesleyan University (OWU), it was just the beginning of a four-year span that could change Greek life at the school forever.

In 2015, Sigma Chi was closed. In 2016, Phi Kappa Psi was suspended. Most recently, in 2018, Phi Delta Theta was suspended. That brings the total number of fraternities on campus to five.

Fraternities have left Ohio Wesleyan before, but not at this rate. The last time OWU Greek life saw events like this was 1983, when Beta Theta Pi was expelled, and Phi Delta Theta and Sigma Alpha Epsilon put on probation for 10 years. The result of that news? A demonstration by nearly 300 students that included four arrests, broken windows and extensive damage to the Beta house.

But is this stretch just a “bump in the road” for fraternities at OWU, or a trend that may continue?

While the reasoning for these decisions is different for each fraternity, the present statistic remains clear: three fraternities have been closed or suspended in the past four years.

Immediate reactions to this statistic have been mixed around Fraternity Hill and around campus. Some instinctively resort to blame, others understanding, but a sense of sadness is the one emotion that wraps around the hill. This includes senior and President of Sigma Phi Epsilon Austen Kimbro:

“It is extremely sad and concerning that three fraternities have been kicked off of campus over my four years here…and that is a very terrifying thing to try and conceptualize,” Kimbro said.

Three former Phi Kappa Psi members, who were granted anonymity, think this statistic is absurd, considering some of the “justifications” used in closing/suspending these fraternities:

“I think it’s completely outrageous, that something like that’s happened in such a short period of time, especially when some of them were unjustified,” one former member said. “Like Sigma Chi, when they got kicked off had no reason other than speculation. There have been circumstances with the other two fraternities, but I just think they should’ve been looked at from a different perspective.”

The relationship between the administration and fraternities has been sensitive considering these instances. The feeling that President Rock Jones and the rest of the administration don’t believe in Greek life has been circulating students, even though Jones has publicly stated the support of Greek life by the university.

“It is important for everyone to know that Ohio Wesleyan values the Greek community and the individuals who contribute to it,” Jones said in an email sent after the Phi Delta Theta announcement.

Some students, however, don’t believe it or haven’t seen enough to prove otherwise. Junior and Phi Gamma Delta President Eli Rajotte thinks the desire to believe it is there, but still needing evidence.

“I feel like I’m at the point where I’ll believe it when I see it,” Rajotte said.

Rajotte’s fraternity brother AJ Outcalt, a senior, thinks there is that belief and support from the administration.

“Without them or [Director of Clubs and Fraternity & Sorority Life Dana Behum] it would be in a lot worse situation,” Outcalt said.

Fraternities also feel that the university doesn’t focus enough on punishing the individual, rather than the organization. Senior and Delta Tau Delta member John Bonus thinks this is something the school could take a different approach with, although he understands the wholeness aspect of a Greek organization.

“I understand it’s a mutually selective program: we give bids out, those guys choose to accept those bids, and we all have the same values and go through the same processes, so in a way I understand the organization is whole and accepts some responsibility,” Bonus said. “But when only a few members get in trouble for something, it seems pretty unfair to punish the entire organization, especially when they’re building something so positive.”

“The sad part is that, the organizations that have been kicked off had some very good men, who do the right things, but it is unfortunate that some of their brothers made poor choices which ultimately led to the removal of the fraternities,” Kimbro said.

These instances have led fraternities to feel targeted, as if they’re “walking on eggshells.” The bigger picture is the increased presence of University Public Safety on Fraternity Hill that leads to students being upset, says Delta Tau Delta member Andrew Woods.

“It’s more of Public Safety taking the role of ‘almost police officers’ and investigating and actively searching out things, shining flashlights at our house during weekends just to try to see if people are inside, doing random walk throughs of our house and letting themselves in without telling anybody and doing ‘spot inspections’ whenever they feel like,” Woods said. “So those are all things that contribute to fraternity members being very targeted and worried that they’re going to get evicted from their house any day.”

But this article brings you back the question, again with mixed answers is this stretch just a “bump in the road” for fraternities at OWU, or a trend that may continue?

“Although three Greek life organizations have been kicked off, I do believe that this is just a bump in the road.” Kimbro said. “It is very clear that the way Greek life is operating is changing, and to survive we must adapt. After the suspensions are up, I fully believe that Greek life will expand and flourish again.”

“I hope it is just a bump in the road but honestly it’s hard to not look at it and see a trend,” Bonus said. “Obviously, we have some great people in the administration looking out for us but I also think there are many who see Greek life as a liability.”

“I absolutely think it’s a bump in the road.” Rajotte said. “It’s really common, prior to getting kicked off, that it’s a group of people that hold their name, their Greek organization’s name, but aren’t fully inline with the values they instill, and that can draw more downsides toward you. I really truly hope with the most recent suspension that that’s the end of it.”

Will I ever find love? No, but i'll write about it 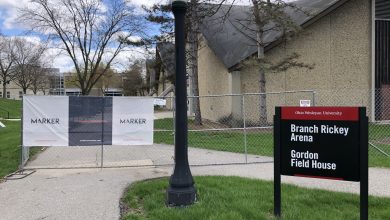 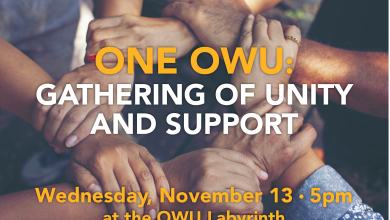