The proposed changes aim to enforce the gender-equity law passed June 23, 1972 which bans discrimination based on sex. (Columbus Dispatch)

“Ohio Wesleyan University is fully committed to providing a campus that is welcoming and safe for all people and accusations of sexual assault are taken very seriously, investigated carefully and fully with a commitment to fairness for all parties, with the commitment to honoring the outcome of an investigation and hearing, including appropriate accountability and consequences for anyone found to be in violation of our policies, and full support of and protection for victims of all forms of assault,” President of OWU, Rock Jones said.

“We will, of course, maintain our steadfast commitment to preventing and responding to sexual misconduct on campus no matter the outcome of the proposed changes,” OWU’s Title IX Coordinator and Dean for Student Engagement and Success Dwayne Todd said, echoing Rock Jones’s statement.

“The Trump administration has appeared to show that there is more tolerance to things such as sexual assault and hate crimes, which have had a continuing spike in the time he has been in office,” first-year Danielle Black said. “The trend of intolerance towards minorities seemed to decrease under the Obama administration, and now it is taking a dive that we’re going to have to spend years reversing. These changes are going to make it harder for the victims to bring up instances of sexual assault. Right now it is already difficult to prove sexual assault, and this will only make it increasingly difficult.”

Hate crimes have shown to be on the rise, as shown by the 2017 statistics released by the FBI.

“To me, the passing of this change seems to bring a more typically judicial approach to sexual assault claims in the way that it adds a full investigation to the accusations instead of simply anecdotal experiences. The ability to also appeal for a cross investigation would then cut down on any false allegations. While I do disagree with universities not being required to take action when the incidents occur off campus, I overall agree with the proposed changes. No victim should be fearful that they are not taken seriously, whether that be through a guilty case of sexual harassment or a false accusation,” freshman David Jindracek said, opposing Black’s view.

Conflicting views are to be expected. The proposed Title IX changes are heavily debated and politicized due to an increasingly tense political climate in the U.S.

“I feel that the definition of harassment the Title IX changes proposes is much too lenient. Otherwise, these changes seem fair to me. I especially agree with the changes allowing more due process for the accused. While being trained to become a resident advisor, one thing that’s stressed is that those being accused of sexual assault sometimes don’t realize they did something wrong, and it’s important to hear both sides of the story,” junior Alex McPherson said.

It remains unclear to what extent changes to Title IX will occur, or the impact that the comments issued by universities across the nation will have on the new legislature. 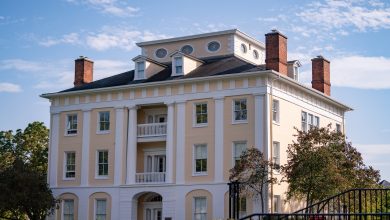 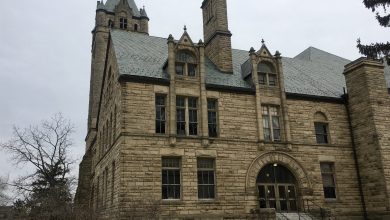