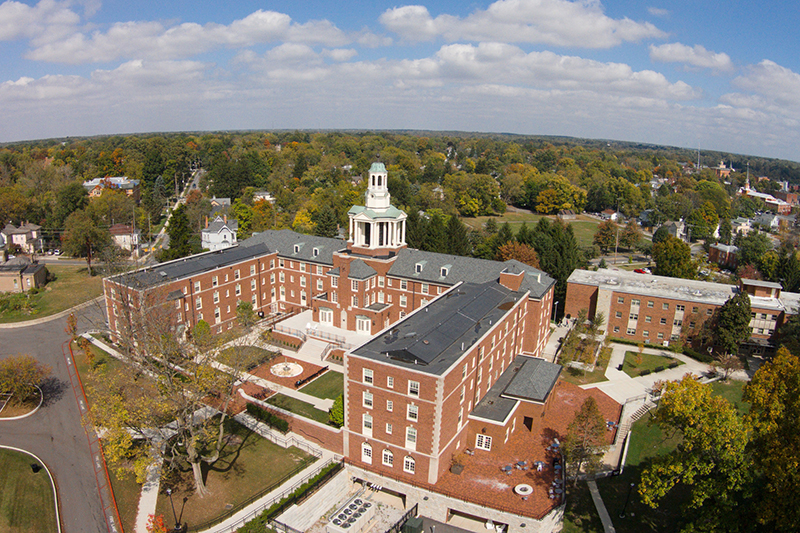 Broken elevators, outdated facilities, poor plumbing, and a lack of air-conditioning— all routine complaints made by OWU students— were recognized as serious problems by the Board of Trustees, which recently revealed a new plan to completely overhaul residential life on campus.

President Rock Jones relayed the Board’s decision in an email, calling the plan “ a new era for Ohio Wesleyan.”

What will this new era look like? The plan involves renovating Smith Hall, Hayes Hall, Welch Hall, and the fraternity houses, the removal of Bashford and Thomson Halls, and the building of a “senior village” at the end of the JAY Walk.

On February 20, President Jones revealed more specific details in a presentation open to the OWU community. He listed three criteria for the designs of the new buildings: “cleanliness, condition, and community.” He envisions residential life progressing from a community-driven first year to a fully independent senior year.  During the presentation, attendees were encouraged to use their cell phones to give feedback on various proposals. Though eager for student input, President Jones urged that plans are nearly complete, and any concerns should be voiced “sooner rather than later.”

Next year, students can expect a completely renovated Smith West and an apartment building housing 126 seniors. The apartments will be in units of eight, six, and four bedrooms, ranging from least to most expensive, respectively.

In the more distant future, Smith Hall will be remodeled as a “first-year” village housing 414 students. Students will live in double rooms while sharing quarter bathrooms. Other amenities proposed but not firmly decided include a fitness center, a quiet meditation space, and an outdoor dining area.

As part of the effort to foster independence, two more apartment buildings will be added to replace Thomson and Bashford halls. The expansion and relocation of the T-Store to this senior village is under consideration, with particular emphasis on students buying and preparing their own meals as an alternative to the current meal plan system.

Students at the meeting voiced many ideas and suggestions, but one brought up a point that was conspicuously downplayed in the presentation: sustainability.

Sophomore Carl DeScott, who attended the meeting, said that the plan was “pretty solid.” However, with respect to sustainability, Descott said that there is “a long way to go” to make the buildings environmentally friendly.