OWU students have begun re-evaluating their feeling of safety when traveling on campus, following the kidnapping and murder of a female student who mistook the wrong car for her Uber at the University of South Carolina.

“What happened to that girl in South Carolina is unthinkably tragic and so scary to imagine.” senior Elise Duldner said.  “I use Uber to get home from the bar several times in a month because I’m uneasy walking home. If Uber’s aren’t safe any more it makes me wonder what our school and local law enforcement actually do to keep us safe from situations like this.”

After hearing from female students on campus, OWU Public Safety (PS) and the Delaware Police Department (DPD), there is a clear disconnect in the sense of security felt on campus between the students and those in authority.  Many students question or doubt OWU’s efforts to protect students while on nights out.

“I don’t believe Ohio Wesleyan is doing its best to keep women safe here on campus,” sophomore Caroline Hancock said.  “Especially when it’s a Saturday night and women are walking home from the bar on a dimly lit street such as Spring Street.  This is a real issue that we face every weekend, which sketchy street are we going to walk down this time to get home?”

Spring Street is the most direct route from downtown Delaware to the residential side of campus where most students live. This street is known amongst students as being the most dangerous street to walk down on the weekends. Women are advised almost immediately when they arrive to campus as freshmen to avoid this street and walk almost any other route home.

Chief Robert Wood, who has been head of PS for 13 years, assures students that while situations like those in South Carolina are tragic, they are extremely rare.

“The fact that you’re walking down Spring Street and somebody runs out and grabs you and throws you in a truck, that’s almost unheard of,” Wood said.

According to the 2017 National Center for Victims of Crime report, 11,000 college campuses representing more than 78 million students, reported criminal victimizations as of 2014.  This report also states that one-third of students are the victims of stalking. While the sense of security on and around campus is the mindset of PS, the anxiety of traveling at night seems to be a constant among several women on campus.

“I don’t feel comfortable walking around campus, sometimes during the day, but never at night and I don’t think PS does enough to instill a sense of safety and comfort over campus if something were to happen.” senior Sasha Vasquez said. “Though it is inconvenient for all the parties we go to, I ask for rides whenever I can.”

Some female students do feel somewhat safe on campus but this is not due to the efforts of law enforcement or PS.  Many women like juniors Erin Bitzer and Allison Andrews say they feel safe on campus due to the fact that it is a small school in a small town, or the fact that they are friends with male fraternity members and athletes.

“I would say that I feel safe but I believe that’s more to the credit of this being a small town and small school,” Bitzer said.

“I generally feel safe on campus, but mostly because of Tri-Delta and the fact that I’m friends with a lot of the frat guys on campus,” Andrews said.

The party scene on campus has not diminished, but has changed location and execution.

Two years ago, every house on Fraternity Hill would have been throwing a party with students meandering from one to another all night.  Now, following the termination of three fraternities on campus, parties have moved to off campus homes where PS holds no jurisdiction.

“PS thinks campus is safe because they’ve forced us to move our social lives to off campus.  We’re too scared to party on campus because of the consequences,” Vasquez said. “It’s to the point where we’d rather deal with the actual police than PS, so yeah now campus is safe, whatever that is supposed to mean.”

This relocation of social experiences like parties to off campus homes, makes it DPD’s territory.  DPD works very closely and assists in the safety and monitoring of the OWU students on and off campus.

“I consider Delaware a safe community, but also understand that anything can happen anywhere, anytime,” Captain Adam Moore of DPD said.

Many students find comfort with DPD and appreciate their efforts when patrolling on the weekends.  DPD often gets called for noise complaints related to the off campus parties of students. Students and the officers of DPD have a mutually respectful relationship.  When officers show up to a house where a party is located, students are quick to turn down the music and cooperate with whatever guidelines the police deem necessary.  The students also enjoy posing for photographs with the officers who patrol Clancey’s Pub downtown during the weekend.

Students seem to think PS is out of touch with the real threats on campus.

“The stuff we’ve had where people have gotten in trouble, they’ve gotten into a car with somebody they don’t know, they met somebody online and they went off campus and went to the house and met them,” Wood said.

Many students are less worried about members of the town of Delaware and more so their fellow students.

“You’re supposed to feel safer on campus, but sometimes it’s the people on your campus that you know, that are dangerous and it’s very unsettling,” senior Hannah Joseph said.  “It honestly sucks that’s the reality we have to live with as women on a college campus and really as women in this world.”

This disconnect has to do with the overwhelming sentiment that the officers of PS don’t care about the well-being of the students.

“I would never call PS for help because they take forever to show up and they really don’t seem to care about us,” said Andrews.

“Come to think of it, I don’t recall hearing much about ways to keep women safe or overall safety just by the University,” Bitzer said.

Contradictory to the feelings of the student body, both PS and DPD have several resources for the students to utilize.  PS teaches a Rape Aggression Defense (RAD) class several times throughout the year as well as shorted RAD introductory seminars.  PS offers complimentary rides for students on a case by case basis.

They also recommend traveling in groups or pairs and let someone know about your travel plans, such as where you are going, when you are leaving and when you will return.  Also, they both want to ensure students that it is always better to call for help than try to handle a dangerous situation alone in fear of disciplinary or legal actions.

“At the end of the day, no consequence the police, courts, school, or parents can levy, will be worse than someone being the victim of a major crime or severely injured. If you are in trouble, call for help,” Moore said.

Chief Wood agrees with the sentiment.  PS also abides by the amnesty policy, which is described in the OWU student handbook as such, “Students who seek medical attention for themselves or others because of the over-consumption of alcohol or other drugs will not be charged with violations of the alcohol or illegal drugs policies through the Office of Student Conduct and Community Standards. These same protections will be extended to the student for whom medical attention is sought.”

“If you call for help for yourself or your friend you’re not going to get in trouble,” Chief Wood said. 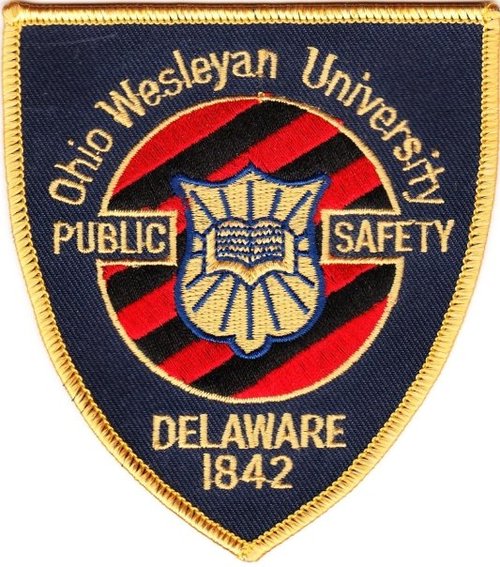 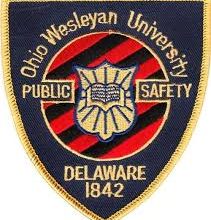 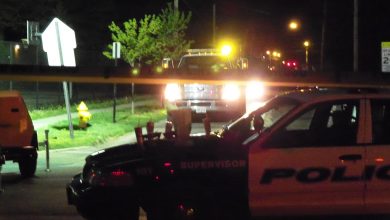