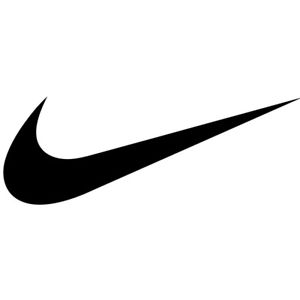 The red and black will get a new look this upcoming season with all 25 varsity sports switching to Nike uniforms.

The Athletics department at Ohio Wesleyan University recently signed a five year contract with sports retailer, BSN SPORTS. Effective on March 1, all 25 teams will be sporting the Nike swoosh.

As a part of the BSN SPORTS’ Nike Collegiate Select program, OWU will purchase all athletic uniforms and gear from the vendor, Doug Zipp, Ohio Wesleyan Athletics director said.

The switch was made so the department could be more uniform. All teams will be under one umbrella and look similar.

To achieve this similarity, uniform logos will be constant across teams. There will be a lot of choices, but the Bishop head, fonts and other logos will be the same style, Zipp said.

Along with an easier purchasing process, the university will receive a discount for purchasing in bulk, Zipp said.

Since 2012, the Ohio Wesleyan football team has purchased Nike through BSN SPORTS under the direction of Coach Tom Watts.

Not much change will be seen in the purchasing process for the football team, but other teams and the university will benefit from streamline purchasing and discounts, Watts said.

The football team will debut new Nike uniforms this upcoming season. The Bishops will be showcased in a white jersey with Bishops, in text, across the chest along with matching white pants.

“I think it looks sharp and our guys really liked it when we showed it to them. It’s simple, it looks clean, and it looks like OWU,” Watts said.

A lot of student athletes like the Nike for the branding, Zipp said.

“Nike is good quality,” sophomore football player, Logan Whalen-Hennick said. “I love the new uniforms because they are Nike. They look cleaner, and the team looks crisp and nice.”

Ohio Wesleyan will have everyone in the brand within the next three years, when all teams have had their chance at uniform renewal.

The uniforms will be simplistic, but represent what Ohio Wesleyan stands for, Zipp said.

“We try to say 25 sports, but one team. I think we’ll look more like that with the same kind of simple branding that BSN will provide for everybody,” Watts said.