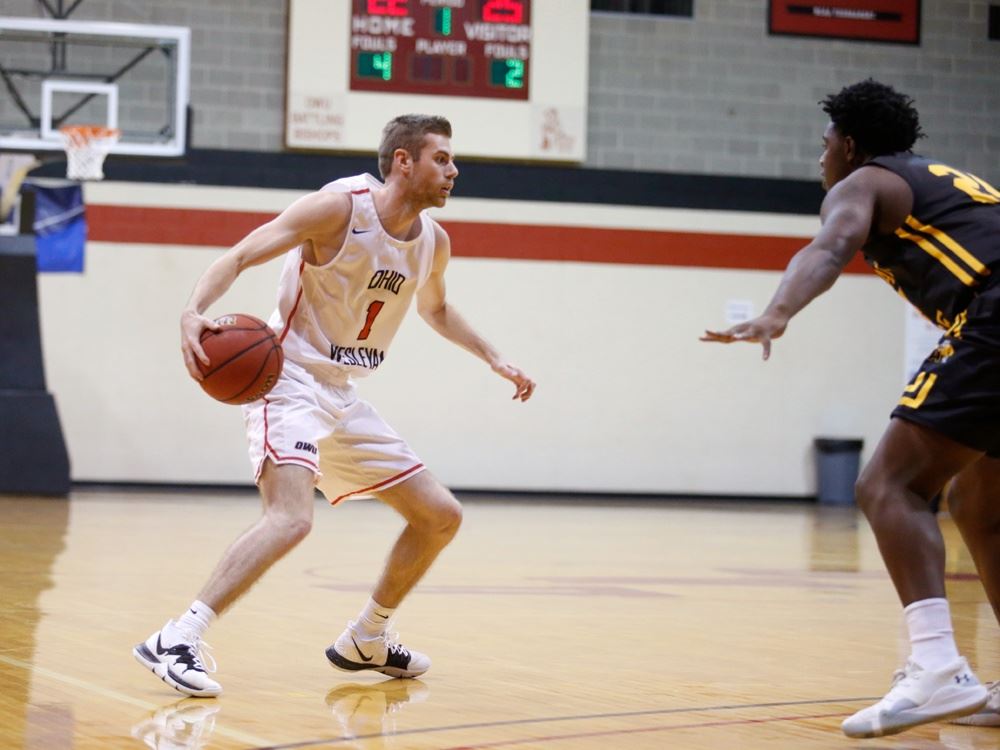 The Bishops’ lost by 16 points to their rivals, but look to turn it around with inspired play as the North Coast Atlantic Conference tournament begins tomorrow. Senior post Grant Gossard and freshman guard Jack Clement led the way, scoring 15 and 16 points respectively.

The Bishops’ struggled Saturday and never led nor tied the game. While they brought it to within two points at the 14:34 mark in the first half, the Bishops’ were down by 20 or more for the majority of the game.

Despite the loss, efficient offensive production from sophomore wing Ethan Stanislawski was a positive on a rather negative afternoon.

“It’s always nice to have a guy that you know can go get a bucket when you need one,” freshman post Grant Spicer said.

Stanislawski scored 14 points on Saturday, but he brings much more to the floor as a leader on the team, Spicer said.

“I’ve loved playing with Ethan this year,” he said. “He’s not only one of the best players in our league, but also just a great guy to be around on and off the court.”

For the Bishops, Saturday was the last regular season game for their four seniors: Gossard, Tim Keifer, Jaret Gerber and Tristan Tillman.

“The seniors are our leaders, and I would say each and every senior has put their heart and soul into this program,” said sophomore guard Curtis White, who has been sidelined due to injury for the season.

The seniors played a major role for the Bishops this year, as Gerber and Gossard were heavily integrated into the rotation and Keifer started every single game this season.

“[Keifer’s] a guy who, his freshman and sophomore year, didn’t find too much playing time, but his senior year, he has been playing his best basketball.” White said. “This year he’s probably been one of our most consistent players.”

With this loss, the Bishops’ have now lost seven of their last eight games as they head into the NCAC tournament. The Bishops will play their first playoff game at 8 p.m. Tuesday against No.5 ranked Wittenberg University in Springfield, Ohio.