Over the weekend Ohio Wesleyan held its 2020 Mock Convention. Photo by Connor Severino 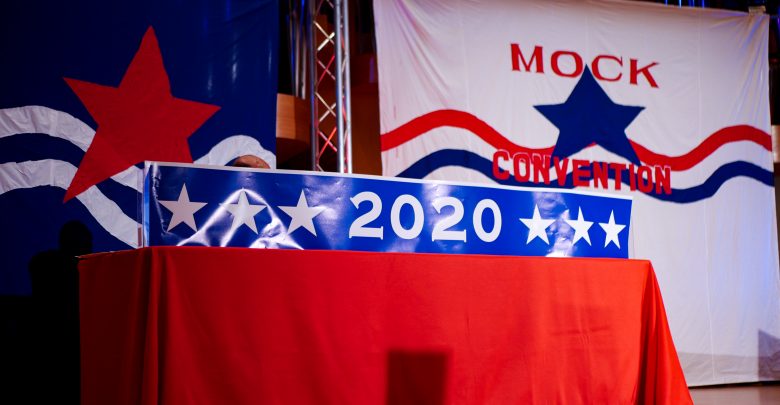 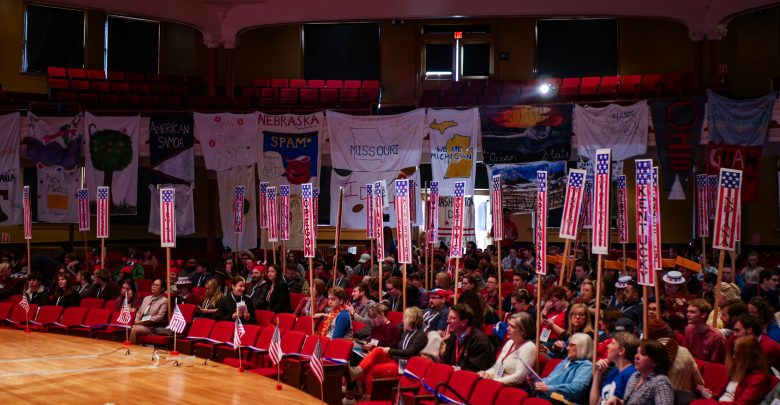 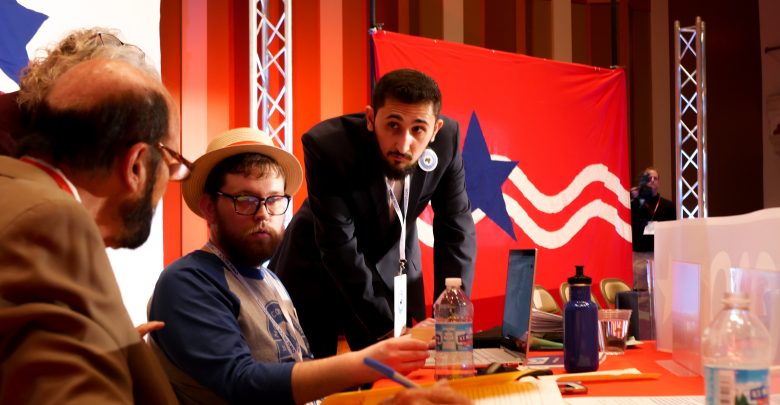 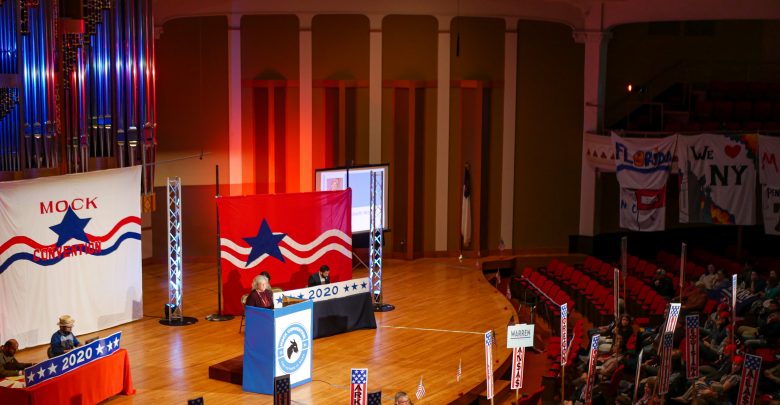 Voters elected Elizabeth Warren as president and Stacey Abrams as vice president. Warren secured the election after a run-off vote with Bernie Sanders and was the first woman president elected since the beginning of the convention in 1884.

OWU alumna Valorie Schwarzmann, permanent chair of the convention’s committee, said, “Hoping as a country we have a sense of whom to be and who we want to lead us, I hope we can figure it out.”

The convention, begun Friday, always focuses on a political party and this year’s event simulated a Democratic Party nominating convention, with the theme “The Future is Ours.”

William Louthan, a politics and government professor, led the invocation for the event, animating the crowd with his introduction of “Welcome to the party of the people.”

David Pepper, chairman of the Ohio Democratic Party, presented the opening message, encouraging students to get involved in the upcoming presidential election and to register to vote.

Alaina Shearer, a candidate from Ohio’s 12th Congressional District, rallied the crowd by stressing the importance of this year’s election. Proceeding her speech was a performance by the acapella group OWtsiders, who set the mood for the remainder of the convention.

Also speaking was Alex Moscou, a senior and survivor from Marjory Stoneman Douglas High School shooting in Parkland, Florida in 2018, addressed the crowd about gun violence, earning enthusiastic recognition for his courageousness and leadership.

The convention’s atmosphere was filled with energy and optimism throughout both days and seemed to unify students.

“There was a higher level of energy and a deeper engagement of issues, compared to the last Mock Convention,” OWU President Rock Jones said.

Drama was on hand, too, when security escorted out sophomore Hamzah Malik, the state chair for Ohio, after he refused to leave the microphone in defense of Vermin Supreme for vice president. Supreme is a performance artist and perennial Democratic candidate.

Malik had collected enough signatures to nominate Supreme, but the executive committee ruled the move invalid on the grounds Supreme is actually an Independent candidate.

Throughout, students delivered addresses about issues such as climate change, student loan debt, equality and healthcare. A vision for an equal and ecological friendly economy coincides with the interests of Warren and runner up Sanders.

Students represented their home states and with their votes, Warren surpassed runner up Sanders 111-to-52. The remaining candidates came in a close third place, with each having around 30 votes.

“It was so exciting because not only is this OWU history but country history being the first time we’ve had all women,” junior Alexis Greene said.

The convention concluded with scores of balloons and cheers.