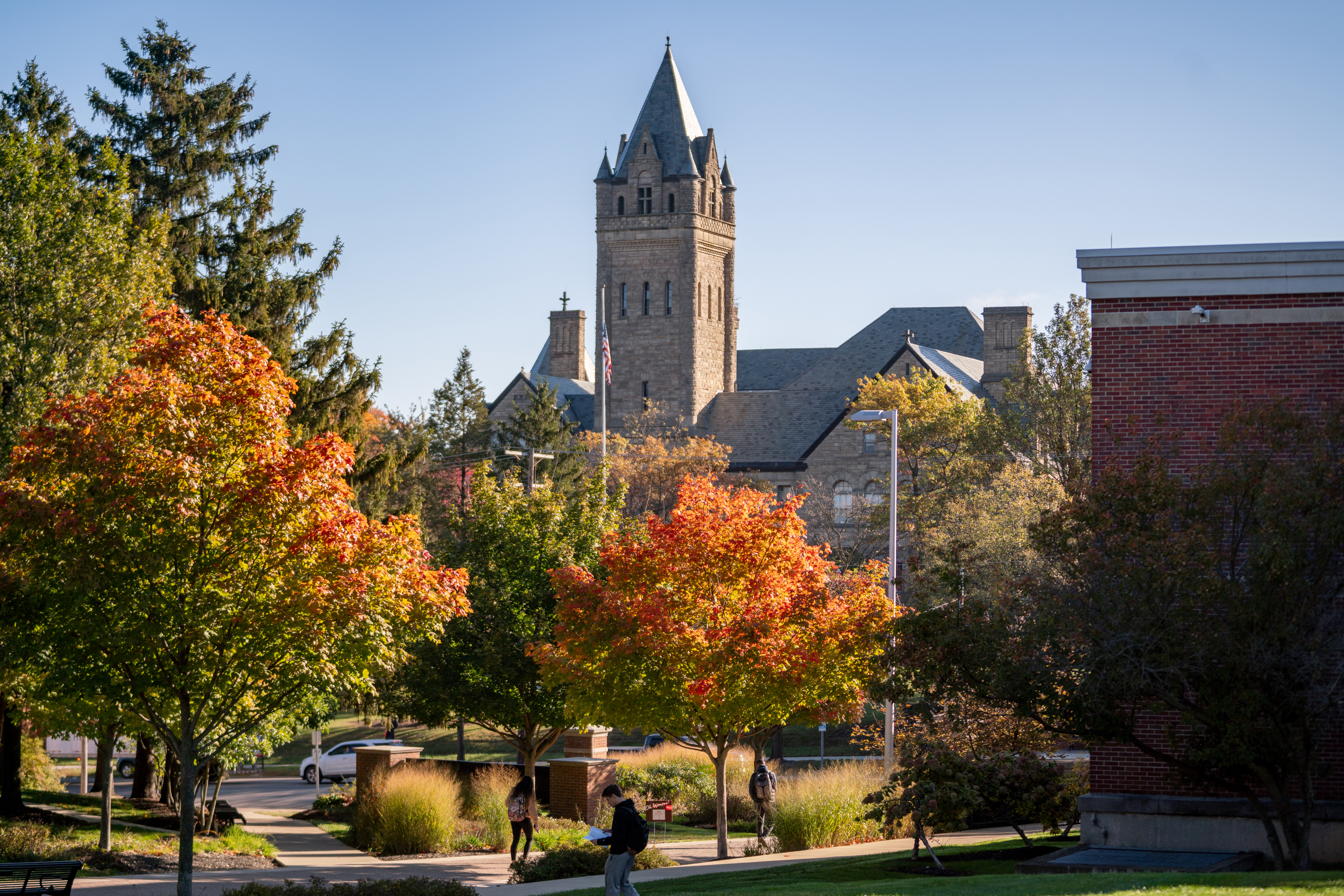 A dreadful financial picture for Ohio Wesleyan grew increasingly more nightmarish with the onset of the coronavirus pandemic.

OWU’s deficit, once projected to be about $7.6 million, is now expected to surge upwards toward $12 million. And the university will have a cash shortfall by the end of the fiscal year on June 30 of about $2.9 million.

Uncertainty prevails for both this year and next year’s budgets, but it could be much worse next year, said OWU President Rock Jones in a Zoom interview.

The coronavirus forced the nation’s campuses to close at a difficult and challenging time for higher education, which employs nearly four million people. Declines in U.S. population is expected to reduce enrollment, even as skyrocketing tuition and student debt have led some to question whether a college education is worth the cost, according to a recent story in the New York Times.

Jones said recently no one knows if students will return to campus in the fall. He said he spoke to other university presidents and Randy Gardner, Ohio’s chancellor of Higher Education, and all think it’s too early to know if students can come back.

Even if they do return, what would that look like? Would social distancing be required? Would dining halls be able to open? Would classrooms be only half filled?

“ … there could be a possibility that we would be able to have students on campus but only one student per dorm room,” Jones said. “There are a lot of scenarios that require attention and planning. Obviously, the best for us would be to know which scenario will be sooner rather than later so that we can plan for one scenario, not six or seven scenarios.”

Meanwhile, OWU’s administration is confronted with multiple financial challenges, including a loss of $60 million in endowment funds and summer camp and conference income and the need to refund $1.5 million in room and board to students.

Ohio Wesleyan has examined multiple strategies to help stem the loss of cash, including:

What is off the table for the moment is laying off employees, although those who have little or no remote work have been asked to use sick and vacation time. The university has also decided for now not to increase employee contributions for health care, but it is considering a reduction in contributions to employees’ health care savings accounts.

“With no salary increases we felt like it was very important not to increase employees’ share of the cost of healthcare,” Jones said. “The contributions to the health savings accounts, that were established two years ago, were never intended to continue at that level indefinitely.”

Faculty buyouts are definitely on the table with an optional early retirement program.

Eligible professors with 10 or more years of service and aged 50 or older can choose to participate and leave at the end of this academic year or next academic year. Faculty have until June 15 to make a decision.

“The point of this is to reduce the size of faculty since our student body is smaller, so likely in most cases there would not be a replacement,” Jones said. “But there could be a case where somebody is teaching something that no one else can teach that’s essential for a major that’s important.”

Meanwhile, across the country college administrators anticipate that students wrestling with the financial and psychological impacts of the virus may stay closer to home, go to less expensive schools, take a year off or not go to college at all, according to a recent New York times report.

A higher education trade group has predicted a 15 percent drop in enrollment nationwide, amounting to a $23 billion revenue loss. In addition, universities may lose international students who may not be able to gain entry into the country in August due to travel restrictions. Foreign students, usually paying full tuition, represent a significant revenue source everywhere, from the Ivy League to community colleges, the newspaper reported.

At the same time. OWU has already received an “unprecedented number” of financial aid requests. Acknowledging these financial difficulties, OWU has:

OWU’s strategy to reduce costs is aimed at attracting new students and to ensure the return of current classes, said media Director Hatcher.

“Students will save $200 each from the lower deposit fee,” Hatcher said. “We are hopeful (these actions) … will help students and families who may be struggling in this time of economic uncertainty.”

The return of $1.5 million for room and board comes in the form of cash for seniors and credits for fall room and board to returning students. OWU is also hoping to see many students sign up for summer sessions, Hatcher said.

“We hope the reduction in tuition will make the summer session more affordable and accessible to a larger number of students and that enrollment will be higher than it would have been with the original tuition rates,” Hatcher said.

Decisions concerning next year will be made after a review of the results of this year’s programs and OWU’s Board of Trustees likely will discuss tuition for 2021-2022 at their October meeting, Hatcher said.

The U.S. government has provided some help for next year with the CARES Act, the largest relief bill in the nation’s history, which allocated $2.2 trillion to support people and businesses affected by the pandemic and the economic downturn.

Of that, Congress provided $14 billion for higher education, with $6 billion earmarked for emergency cash grants for students in financial distress. OWU is expected to receive about $1.6 million, with about $800,000 coming soon to be used for emergency student grants.

The balance of the relief money received by OWU can be used to reimburse the university for expenses, like the loss of conference income and the costs for refunding room and board, Jones said.

“We don’t yet know exactly the criteria for use,” Jones said. “There likely will be costs in the summer for faculty development if we are going to have to have some of the curriculum online in the fall, but we don’t know that now.”

Jones said the OWU community has rallied under grueling circumstances and he is hopefulfor the future.

“I appreciate the work that everyone is doing to help navigate all of the challenges relating to the coronavirus including the financial challenges at Ohio Wesleyan,” he said. “It’s a difficult time but people are working hard and working together and we’ll do the best we can.”