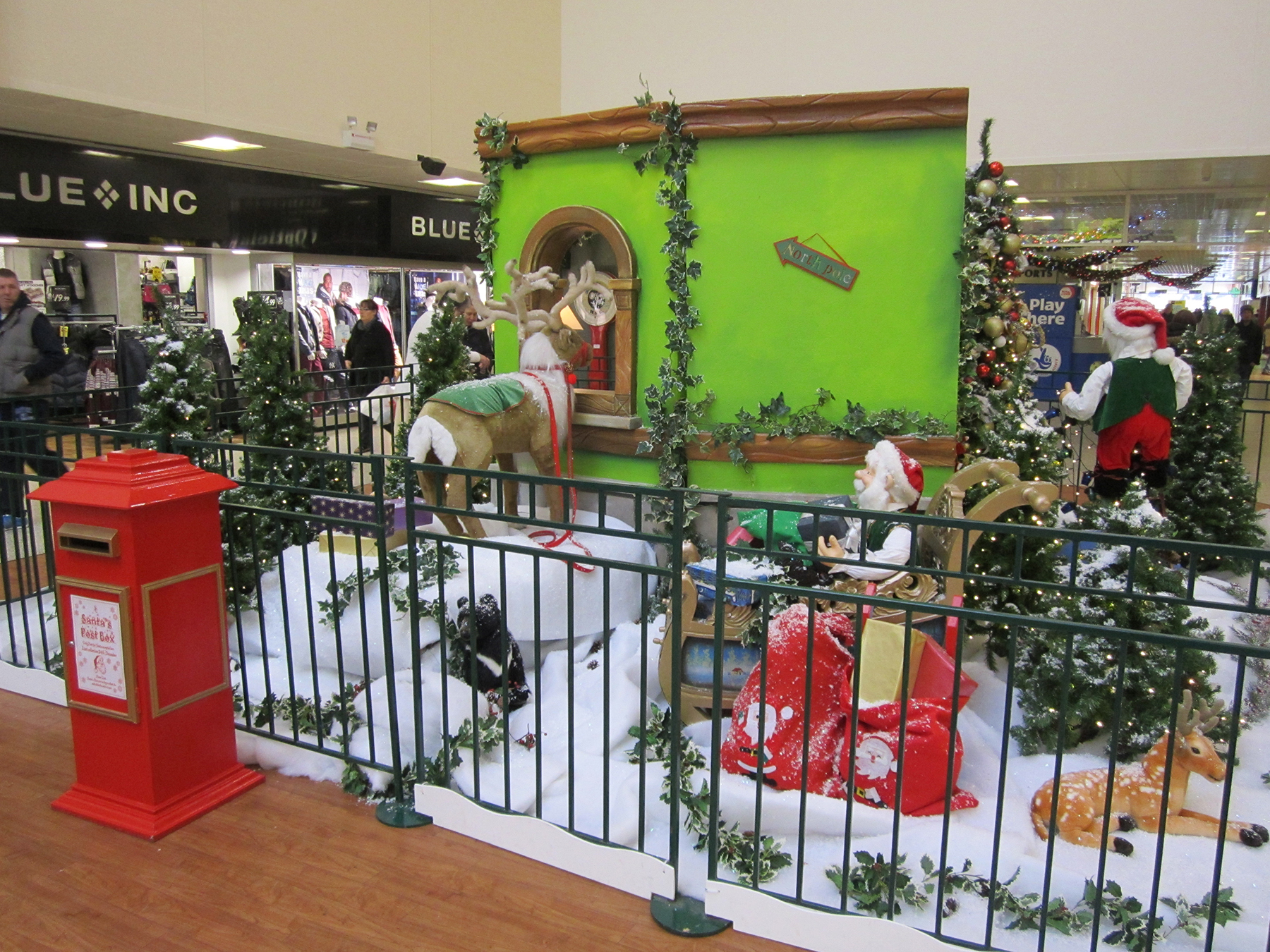 I would be lying if I said I didn’t have ABC Family’s “25 Days of Christmas” schedule screen-shotted on my phone, patiently waiting in my iPhoto for December 1st to come.

I like to think I’m pretty good at the act of Christmas shopping, buying the perfect gifts for those who deserve it.

Having worked retail before, I understand marketable time periods and points of higher sales.

I work at a Sunglass Hut in Polaris, and my job there also entails I work at our booth in the Macy’s Department store as well. As I am getting older, I feel like I go through a Cindy Loo Who type crisis around the holiday season.

I struggle through early December trying to get past the maiming’s on Black Friday and to remember why Christmas is important to me.

To say the least, I was not prepared for the day after October break when I returned to Macy’s to find it was a Winter Wonderland. As I rode down the escalator, I heard “Jingle Bell Rock” blasting on the loudspeaker. Concerned, I look around to see Twizzler-like banners hanging from the ceiling and big glass balls that say “Believe” with red writing covering the sales floor.

I turned to see where the purses used to be, which had been replaced by a faux Santa’s Workshop and two little girls were sitting already writing their letter’s to Santa in the North Pole.

When I got to my register, I was in a daze with specs of shiny white fake snow that covered the walls in my peripherals.

A note was left from my manager, saying, “Whoever can work from 5 p.m. Thanksgiving day through 10 p.m. (overnight) on Black Friday please contact me ASAP.”

My anxiety boiled up like marshmallow in hot chocolate and I felt I had been forced into this candy cane lane retail nightmare.

Department stores have taken Christmas shopping too far, this year being the tip of my iceberg. It was more unnerving than annoying that holiday commercials in October became more prominent in 2014.

Let’s not forget the fact that these stores will be open on Thanksgiving Day this year to boot, taking away from the true meaning of a holiday designed to bring family and friends together in thanks for what they already have. Thanksgiving should not be about what people neeed to buy.

I truly believe people need to take this issue seriously and as an issue reevaluate what the season really is for. We need to be thankful before we can be giving, because we need to understand how lucky we are to have what we have and whom we get to share it with. 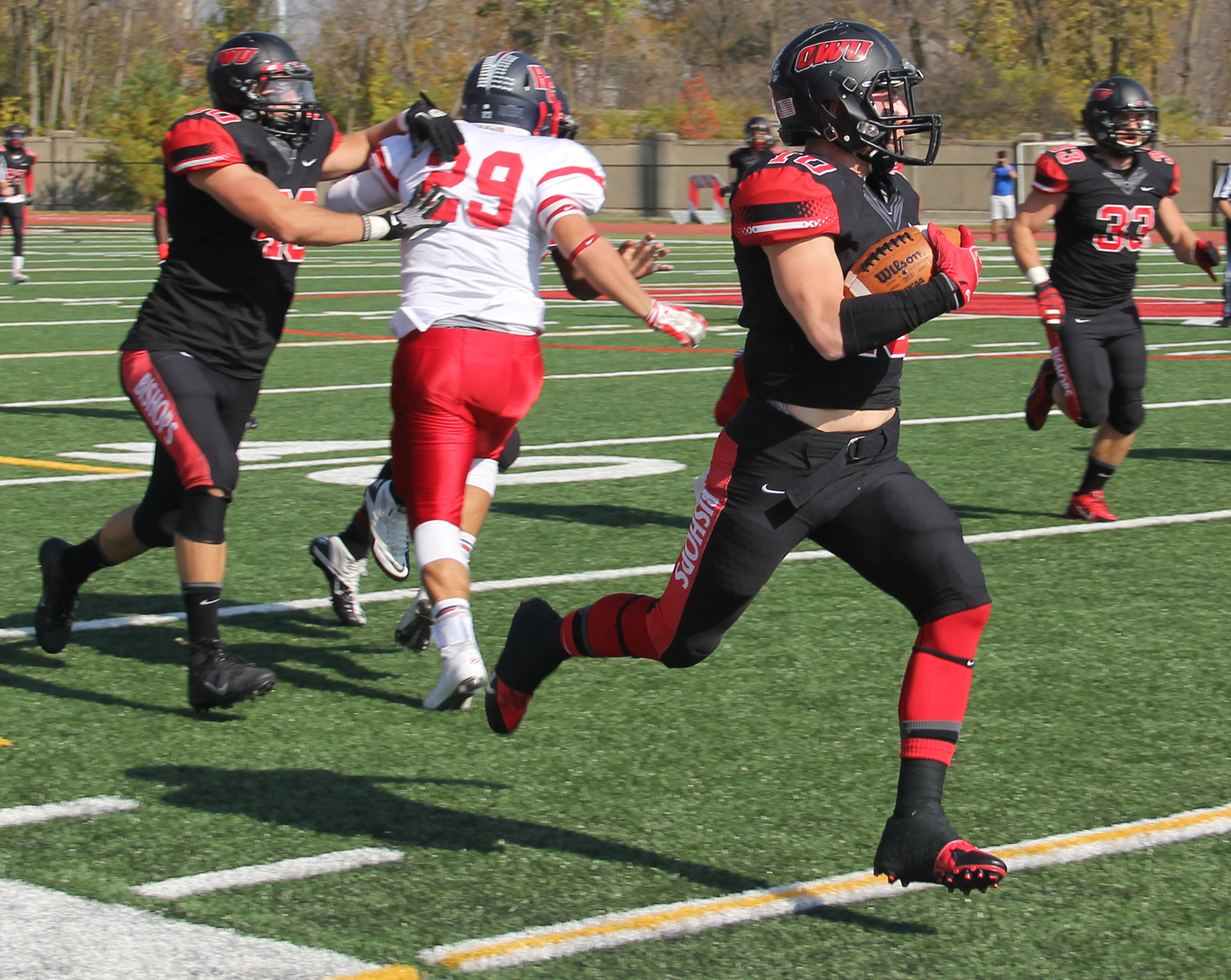 Junior Zane Keiffer intercepts a pass late in the first quarter against Hiram College at Selby Satdium on Oct. 25. Keiffer’s third interception on the season set up an easy Bishop touchdown from the ten yard line. Hiram eventually defeated the Bishops  with a go-ahead touchdown with a few minutes left, the score was 28-35.

Senior Calvin Cagney attempts to catch a screen pass thrown over his head. Cagney rushed for 130 yards on 9 carries and caught seven balls for 76 yards, leading the Bishops in both categories. 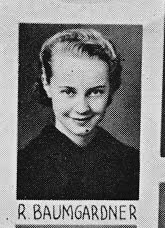 This Halloween, instead of watching “Halloweentown” on Disney Channel with a stuffed ghost and hot tea, I’ve been researching with Delta Delta Delta’s faculty adviser, classics professor Lee Frantantuono, to unearth the mystery behind my missing sorority sister.

Ruth Baumgardner, 22, of Lakewood, Ohio, was last seen leaving her dormitory of Austin Hall on a spring finals week in the late 1930’s and went missing without a trace.

The mystery has never been solved, nor has it even come close to being solved, and is truly bone-chilling. An executive from the Travel Channel’s hit TV show “The Dead Files” recently contacted Megan Dill, Tri-Delta’s sorority president, searching for old photos of Baumgardner, assuming they were somewhere in our house, which was the first time any of us had ever heard about her story. In the attic we have hundreds of old composites and hers is most likely up there, covered in dust and left in the dark like her file at the police station has been for all these years.

While Frantantuono and I were searching for information, we found many old news articles, composites and, most importantly, the 1937 Ohio Wesleyan yearbook, titled “Le Bijou,” French for “The Jewel.’

So where did she go? Who took this young woman just as she was about to begin her future, or did she choose a different future of her own?

There are many different assumptions about what happened to Baumgardner. Some believe she was kidnapped, except her room was left in pristine condition. According to these accounts, the typically disorganized Baumgardener usually left her room disheveled.

Also complicating the issue of her kidnapping was that there was no evidence of foul play.

Other stories say she became too stressed and nervous before her tests and left with an unknown lover, leaving behind her beloved family and fiancée in her hometown.

Baumgardner was described to be wearing a brown sport suit, with a matching hat and brown suede gillie shoes that tied at the ankle. She had blonde hair and blue eyes, and an unusual light streak of hair on the left side of her head and a dimple on her chin.

This description was enough to freak me out, only because I also have a dimple on my chin and have an unusual dark streak of hair on my right side.

Her friends last saw her at 11 p.m. on May 4 with her hair in curlers and pins in her room in Austin Hall (now Austin Manor), room 319.

An article mentioned that she probably only had an old handbag and $5.00 in cash, and left behind her watch, sorority pin and loose change.

The investigators originally believed she suffered an amnesiac episode and wandered off.

To this day, no one knows what happened to her. Some claim they hear voices in Austin Manor of a female ghost. This Halloween, maybe if I go up to the third floor and call out “Ruthie,” I’ll find some answers or truth to the tale of the missing Tri-Delt. 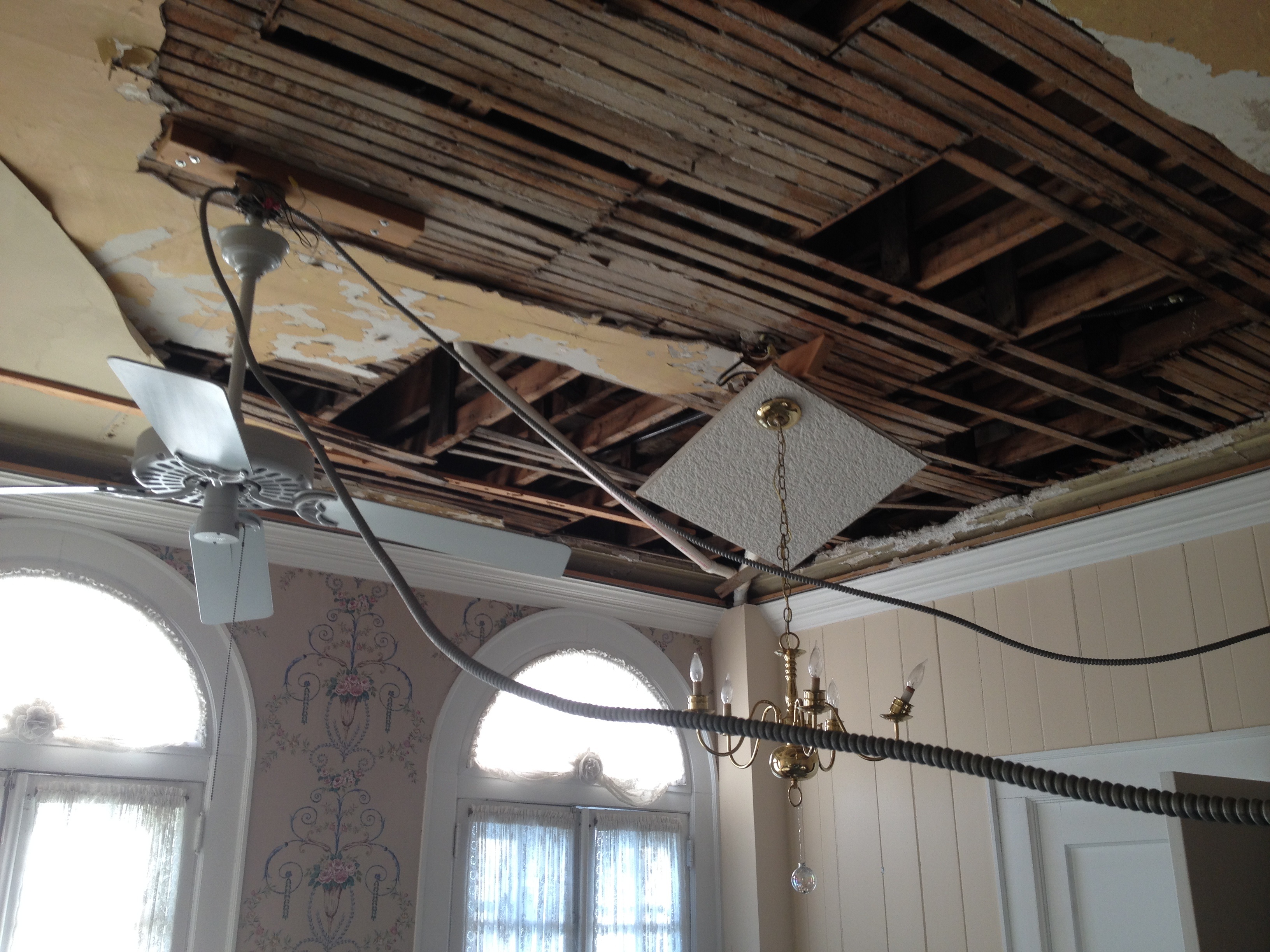 The Women’s City Club of Delaware, Ohio will be giving a garden tour of 8 Delaware gardens this weekend in an attempt to raise money for housing renovations, including those for its dining room’s recently collapsed ceiling.

The nonprofit organization dedicates itself to providing women in need with low cost housing. The group consistently fundraises in order to provide the residents with low rents, which are about $60 a week per resident and include utilities. In addition to constantly fundraising to keep rents low, the WCC has to raise additional funds for the home’s many necessary repairs. The 135 N. Franklin St. home was once an Ohio Wesleyan University fraternity house and has been in business since 1954, so renovations are not an uncommon need for the historic home.

One of the club’s more recent fundraisers took place on Friday, April 14, 2014, when the volunteers of the WCC collected donated items for a rummage sale to be held the next day. The rummage sale was inspired by a need to make about $4,000 for renovations, but raised $900. April’s rummage sale could not have predicted a need for funding beyond their goal of $4000, but in early June, the home’s dining room ceiling collapsed. The ceiling continues to be the primary concern for the renovations and safety of the women living there. Even with insurance coverage, the WCC expects to spend a significant amount of money on the repair.

There are eight women who reside in the rooms on the second and third floor of the four-story home. Only single women are eligible to live at WCC, but women of all ages, from 20 to 90 and above, are welcome.

OWU alumna Emily Amburgey, ’13, is one of those eight women, but her reasons for occupancy are different than most. Amburgey is the house monitor as well as an intern coach for the Varsity Track team at Ohio Wesleyan.

“I needed a place to live in Delaware that was cheap,” she said. “I kind of intern coach, follow my head coaches around and do what they do. I don’t get paid anything.”

A former Women and Gender Studies/Sociology double major, Amburgey is applying to graduate school next year and plans to become a social worker. She said her position at the WCC helps her prepare for a future of helping others.

“(WCC) is right up my alley,” she said. “It’s interesting seeing the different mix of people that come through this house, and it’s just neat to be able to talk to and eclectic group of women and be able to help them out on their little journeys.”

As the monitor, Amburgey also acts as the house’s resident mediator, putting out any emotional fires that may arise within the residents.

“Anything like someone gets locked out of their room or if there’s any sort of question or dispute, that’s what I’m here for,” she said. “I mean it’s a house full of women, it can be difficult at times but for the most part it’s totally fine,” she said.

Kelly Abel, 21, who graduated from Rutherford B. Hayes High School in 2011, moved in about two weeks before the rummage sale.

“I was in Bowling Green, Ohio for a few months, couch hopping because things got really bad with my parents,” she said. “They were emotionally abusive, that’s why I left.”

Although Amburgey and Abel are both in their 20’s, most of the other residents vary in age. The WCC provides housing for single women of all ages, from 20-90 and above.

“I’m thinking that down the road I definitely want to not live here because I want to be married and have children of my own,” Abel said.

Abel said she is happy to call the WCC her temporary home, she said that she has many aspirations for her future and is currently looking for a job in Delaware.

Like Abel, housemate Rebekah Nussbum, 32, from Orville, Ohio found the WCC after moving out of her childhood residence.

“I was ready to move out of my parents house, I heard about (WCC) and finally decided I might as well try it,” said Nussbum.

Nussbum has been living at the WCC for about 16 months. Currently unemployed, Nessbum had worked at the Columbus Zoo in season since 2003. Unlike Abel, she said she’s not sure what she wants to do in the future.

Treasurer for the WCC, Sue Capretta, intends on raising enough money so residents like Nussbum and Abel have a safe and inexpensive place to live for as long as they wish. She said the board for the WCC is bonded by this idea.

“I think it was just the concept of what the group does, being able to allow women to be here, you know for reduced price and helping them work through their struggles,” Capretta said.

Greta Bemiller, the current Vice President of the WCC, has been a member of the board for over 10 years.

“I came in and met everyone having dinner and liked the people and got involved,” she said of her start at the WCC. “It’s a fun group we work very hard but have fun as well.”

Zuilla Way founded the WCC 60 years ago, and Bemiller said that they frequently hold events to raise awareness and funds in an effort to honor her mission: providing safe and affordable housing for women below the poverty line.

“Board meeting is the first Tuesday of every month, and we have a dinner meetings, sometimes we go to restaurants. We usually have a potluck and we do some fun silly things,” Bemiller said. “We’ll have a chili cook off and give awards- they’re major awards,” she added in April as she was holding up decorations for the rummage sale. 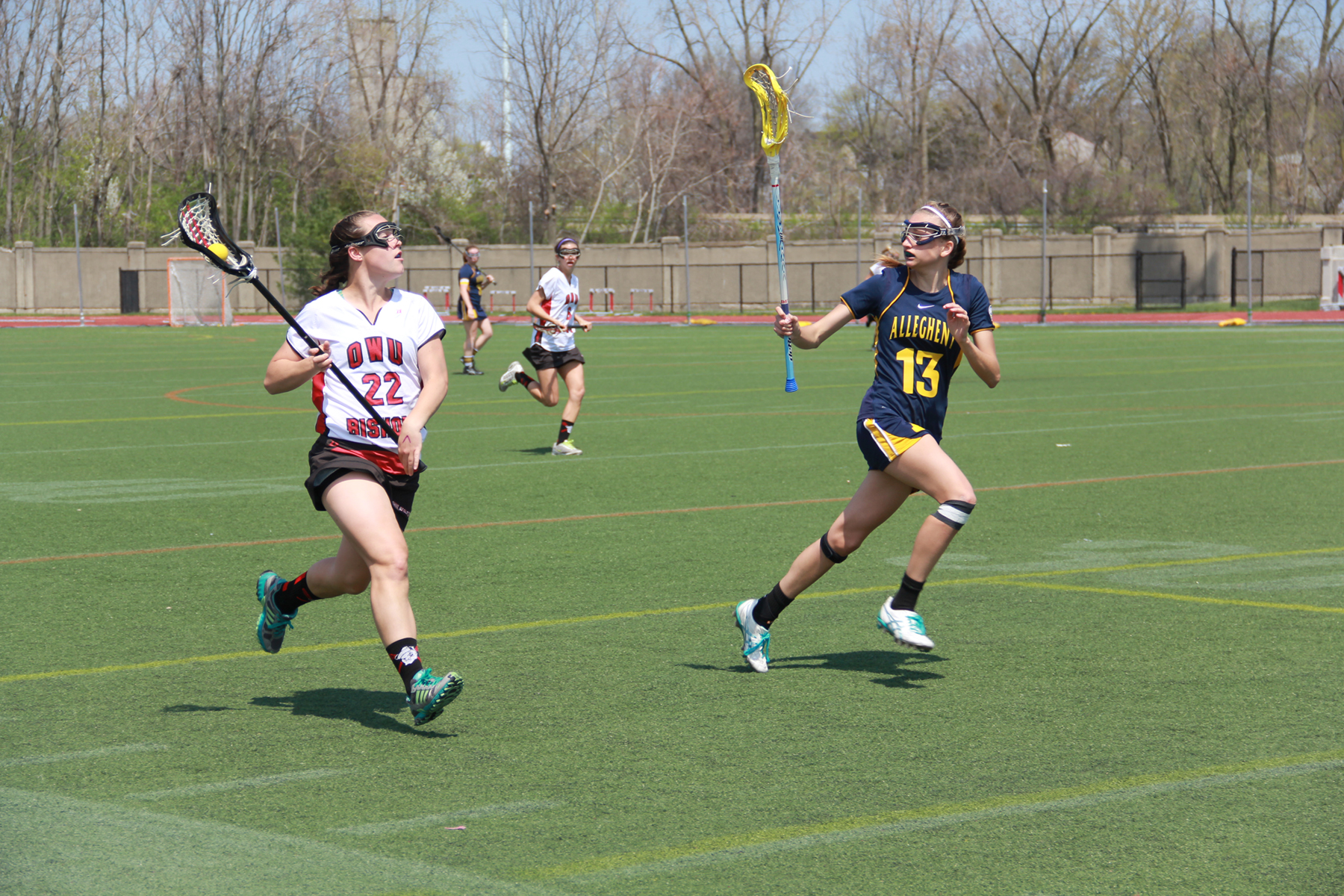 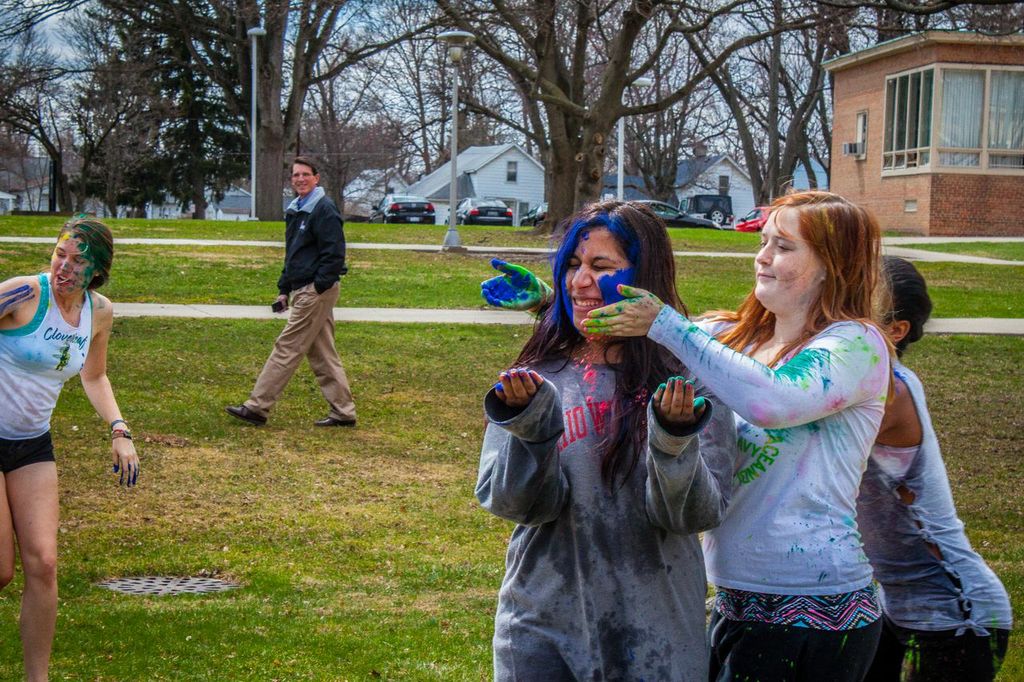 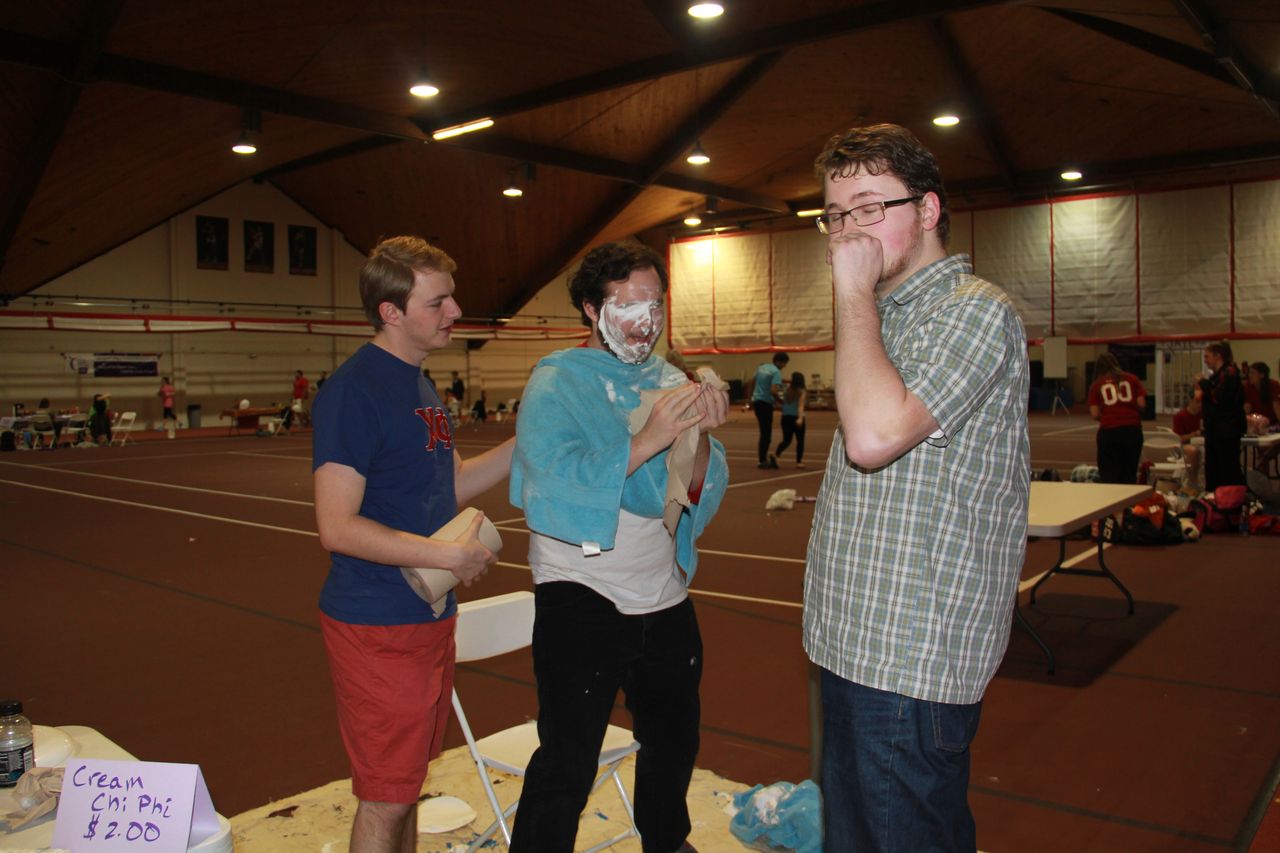