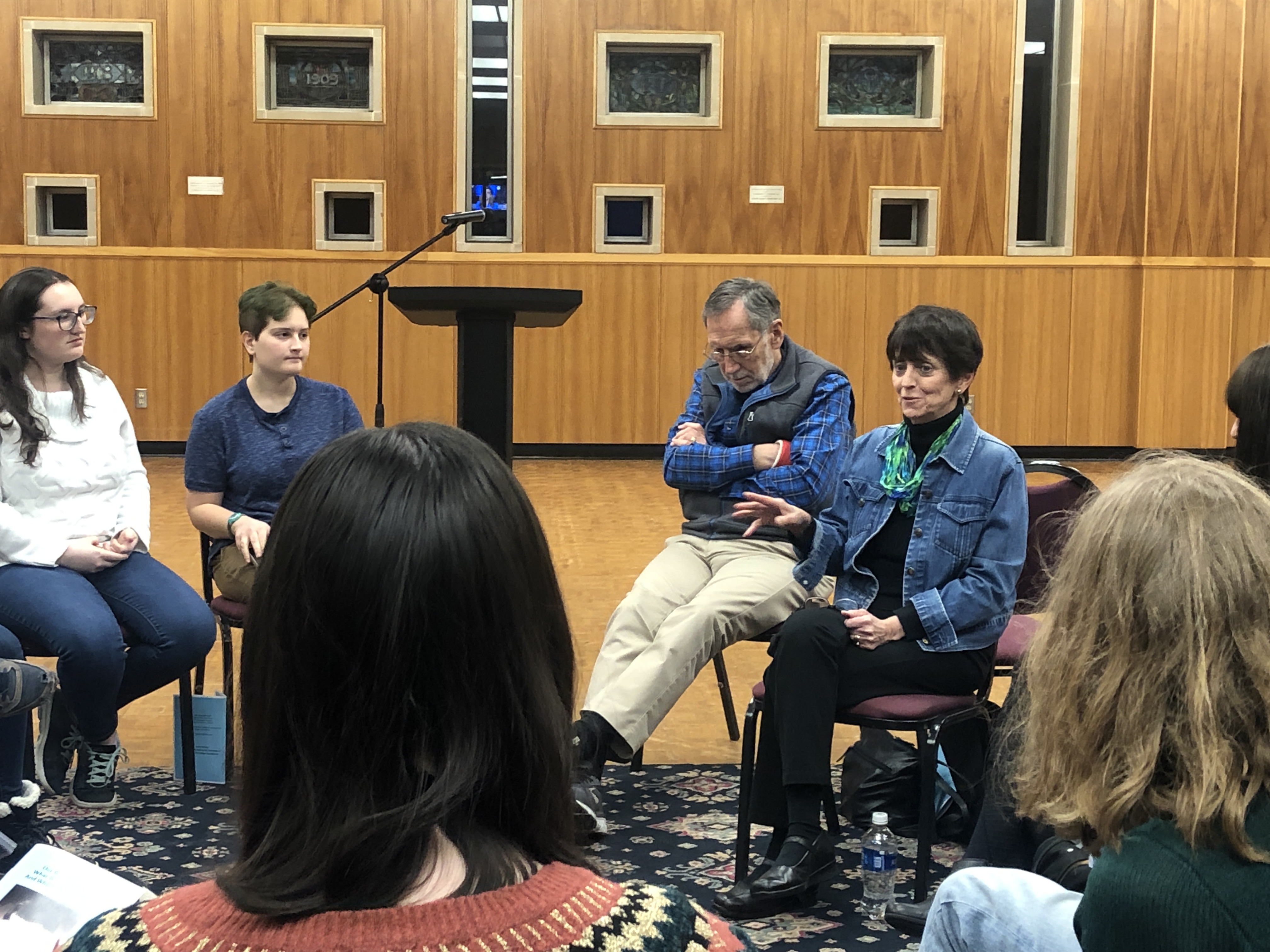 Many of those young men who suffered horrifying wounds were treated in emergency setups by some of the nearly 10,000 women, a majority of them nurses, who also served in uniform. It was traumatizing for the wounded soldiers and those who treated them, said former Army nurse Mary Powell.

Powell, a Vietnam veteran, shared her storiesTuesday in the Bayley Room at a lecture titled “Our War in Vietnam,” sponsored by Ohio Wesleyan’s College of Republicans and Young Democratic Socialists of America.

Powell said she became an Army nurse when she was 23. As a native New Yorker, Powell attended Columbia University School of Nursing and graduated in 1969. During her senior year, she was unable to pay tuition. At that time, the Army needed nurses and offered to provide financial assistance with a two-year commitment to serve after graduation.

Powell became an internal medicine nurse and was stationed at the 24th Evacuation Hospital at Long Binh for a year beginning in November 1970.

Powell said she can speak about her experiences today only because she worked in internal medicine, not in emergency medicine.

“Every nurse I knew in Vietnam who worked in surgery … is on 100% disability for PTSD,” Powell said, “One of the nurses who is on 100% PTSD, my friend Nancy, was in the room next to me. The first day she was assigned to neurosurgery, she took care of a 19-year-old without a face.”

Only two percent of the soldiers admitted to emergency treatment died, but the rest were in horrifying conditions, Powell said. It was routine for nurses to avoid admitting feelings toward the soldiers and about the war.

“When we say goodbye to the guys we would say goodbye, good luck, and we’d shut down on feelings,” Powell said.

About 15 students and staff members attended the lecture. Powell avoided speaking to the audience with a traditional mic and podium and instead herded everyone into a circle to engage in a more personal conversation.

Sophomore Jacob Delight said, “I came to this event because I was interested in joining YDSA. I hadn’t heard about Vietnam on a personal level. So it was interesting to be able to put a face to it.”

“It was great, she was a wonderful speaker. It’s important to hear these people’s stories while they’re still around,” Hays said.