Women’s Lacrosse beat Olivet College 16-2 on Saturday, Mar. 2 at Selby Stadium.
The game marked the second pre-season non-conference match of the year for the Lady Bishops.
Less than a minute into the game, junior attacker Annie Swanson scored, giving the Bishops a 1-0 lead. Ohio Wesleyan kept up this momentum going on a 9-0 run. The Comets did not score until 10:38 left in the first half.
The Bishops rallied back quickly with 3 more goals, leading the way 12-1 going into half time. The Comets would only score once more in the second half; it was not enough to fight off the Bishops, who went on to win 16-2.
Swanson led the team with 4 goals and 2 assists.
“We worked together in a way that I have yet to see out of this team in my two previous seasons playing lacrosse at OWU.”
Head Coach Margaret Grossman said the win was a team effort. There were eight different players who scored and six players who added assists. Freshmen Abbie Love scored the first three goals of her career and Saige Bell scored her first two as well.
“Everyone worked well together,” Grossman said. “It did not matter what combination of players was on the field. They all worked together and contributed for the entire 60 minutes.”
Once a 12 goal differential is reached in the 2nd half, a running clock will begin. The clock is not stopped for timeouts or referee calls, according to the NCAA Lacrosse rulebook.
Junior Meredith Wholley, who had two goals and an assist, said this running clock was one outcome the team hoped to achieve.
“Our goal for this game was to get a running clock because we did understand that the other team was not as skilled,” she said. “What made us so successful was focusing on making good plays, and then showing our sportsmanship at the end by not scoring when we were up.”
Swanson said the running clock really validated the team’s hard work.
“It felt great to have our first running clock game of the season,” she said. “I think it proved a lot to ourselves that we are better than we were last year and will continue to improve. It meant that the talent is there and our hard work in the preseason is paying off and will continue to do so if we keep up the same intensity.”
Grossman said the team is constantly improving.
“Overall we did exactly what we had planned to do (to) get better.” she said. “We are going into every game with the mentality that win or lose, we are going to get better.”
The Bishops next game will be in West Balm Beach Fla. against Rensselaer Polytechnic Institute.
Grossman said after the win she has a good outlook on the rest of the season.
“If this continues and we stick with the plan to control the tempo of every game as well as continue to get better with every practice and every game, I foresee the rest of the season shaping up to be the successful season that all of us want,” she said. 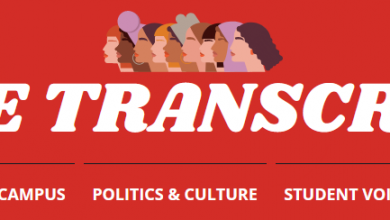