The 1970s Cincinnati Reds were one of baseball’s great lineups, and versatile star Pete Rose was one of their leaders. Near the end of Rose’s 26 year career in the Majors – when he was a manager not a player – it was revealed that he’d bet money that his team would win; gambling on your own games is the greatest sin of baseball, ever since the Chicago White Sox threw the World Series in 1919.

In 1989, Rose was given a lifetime ban – barring him from entering the Hall of Fame – which remains today; many such bans are commuted but his has not been. Rose’s supporters and opponents alike believe the league’s punishment has been more severe because he denied the allegations for more than a decade, finally coming clean in his 2004 memoir.

He remains under the ban, but on March 16 Rob Manfred, the new commissioner of baseball, gave the strongest sign that it may be lifted, saying he’d consider Rose’s repeated request for reinstatement on its merits rather than rejecting it immediately.

You had it all; there’s no doubt you were bound for the Hall for your performance as a player. Two World Series rings with the Reds, more than a dozen league records, a spot on the All-Century Team.

When I was playing as a kid, I took on part of your batting style – not as aggressive running the bases, obviously, but my hitting was similar. I went for finesse, rather than power – I could do just as much, if not more, off a well-placed bunt or line drive as anyone could with a hard hit ball to the outfied.

Heck, sometimes when I knew the catcher couldn’t hold on to the ball I’d let them strike me out, just so I could make a run for it and beat the throw to first. You probably did that at one time or another – probably not intentionally of course.

My main idols were more contemporary Reds with that style, such as Ryan Freel, but before that, when my dad was the age I was then, you were winning pennants for the Reds the same way and that’s what I heard about.

I want to write this column about why you should be allowed in the Hall, why I think it’s hypocritical for the league to keep you out and not give a similar ban for steroid use, why steroid use is actually worse.

But it’s just not that simple. There’s no way to spin this as the league going after you and my Reds completely without justification, even after 26 years.

No matter what else has happened since then, you messed up, and then you denied it, and no amount of bravado or tearful apologies will change that. This isn’t a David and Goliath, Reds versus establishment, fight. It’s about what you did – to your legacy, to yourself and to our team.

You realize that, at least by now – just look at your roast five years ago, when you broke down and admitted what you’d done to everyone else, to the game. But holding it in a casino? Really? How was that a good idea? How have a lot of the things you’ve done since then been a good idea?

This may not be completely fair; you showed a lot of signs of gambling addiction back then. But if you had to put down money on the games, you could have retired and then done it the next day. You knew the rules, you knew what you were doing. Why’d you do it, Pete?

How’d you get to that point? How’d the game get here, now?

My brother was a big fan of Sammy Sosa; loved to see him play for the Cubs. Well, Sammy Sosa put cork in his bat and used it against the Devil Rays. Sure, he said he only used the one in a game by accident; that it was meant for batting practice. Sure, all his other bats were clean. But still, corking a bat was just as clearly against the rules. Why’d you do it, Sammy?

And then there were the steroids. Why, oh, why did that happen, everyone?

In 2005, Jose Canseco said on 60 Minutes that around 80 percent of the players were using performance-enhancing drugs. Scores of stars – including Sosa, Alex Rodriguez, Barry Bonds, Mark McGwire – all got caught using them. None of them have been banned; if they are the Hall of Fame may have a missing gap when no one, or very very few, from my childhood was deemed worthy.

I can rant at you, Pete Rose, all I want, but it’s not just about you; you’re just a stand-in. This is about one of my favorite sports, the ball games I grew up watching.

Baseball was the national game for so long; we reflected the spirit of America. Babe Ruth and Lou Gehrig, symbols of resistance in the Great Depression. Jackie Robinson and Satchel Paige and Josh Gibson and so many others, ushering in civil rights.

But somewhere between those glory days and now, we lost all that. ESPN said on March 19 that baseball’s not dead; it’s struggling but has a lot left to hang onto. But all they talked about was the money.

We were the national pastime, and that used to mean something. Somewhere, somehow, we lost all that, and it’s a lot more complex than just one man’s gambling or a whole bunch of men and their steroids.

I still want to see Pete Rose in Cooperstown; I still will watch the games come Opening Day this April, when I can.

But the more I write this the more I realize things just aren’t the way they were anymore, when the game I grew up with was so simple and idealistic.

Maybe it never will be again.

Maybe it never was.

It still made for some great memories, though.

Whatever happens to the fate of the sport, or Pete Rose and the Hall, at least we’ll all still have that.

Sex in the café

Unexpected debate breaks out between senators 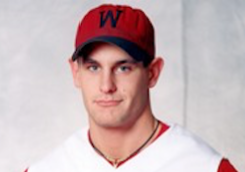 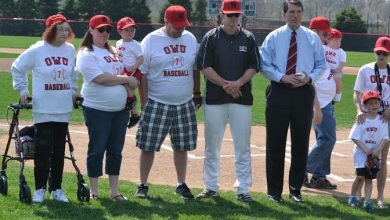 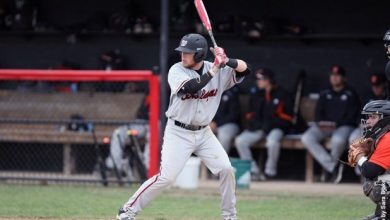