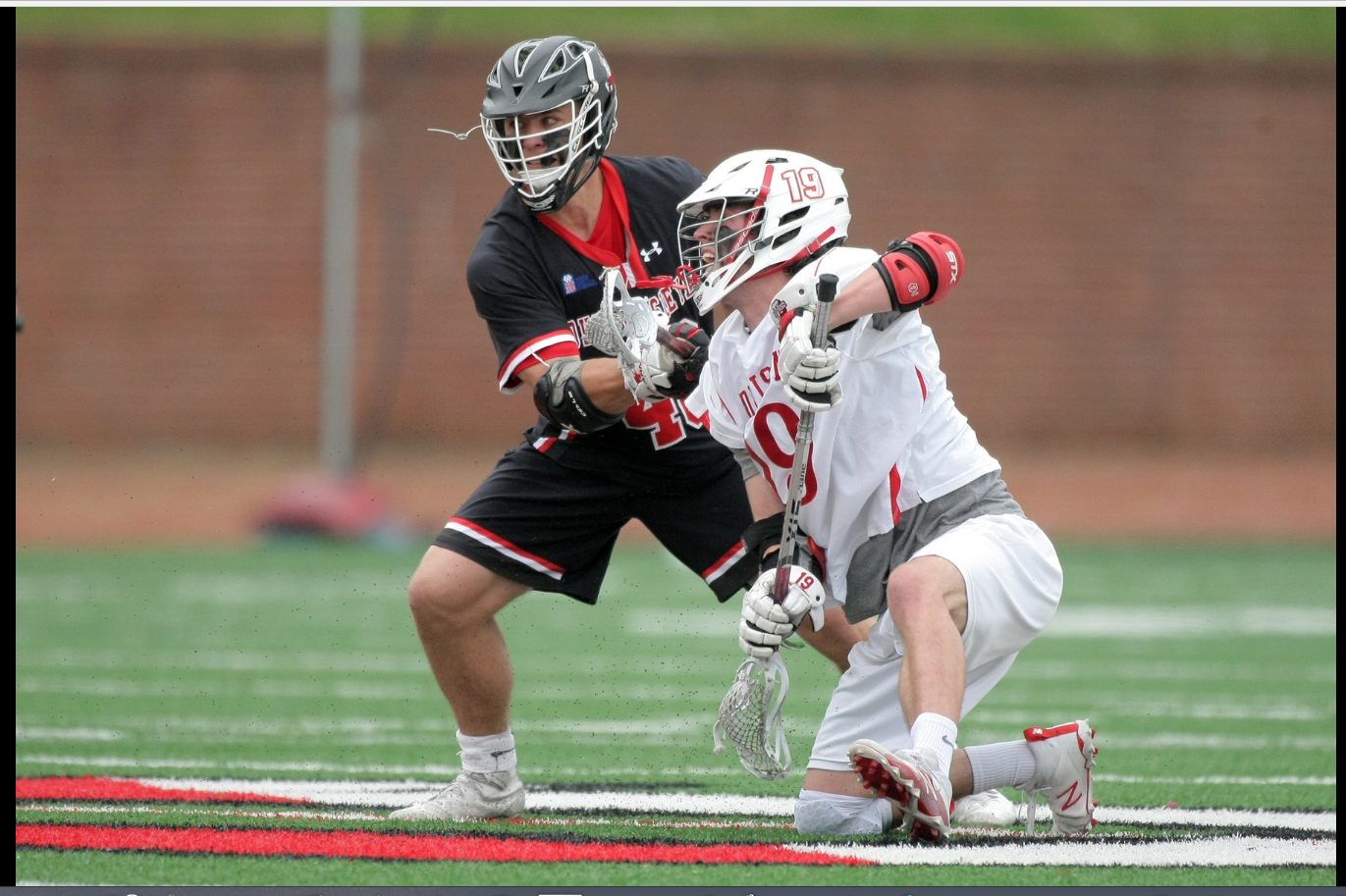 OWU hadn’t seen a victory over Denison since the 2015 season when the men’s lacrosse team went 18-1 in the regular season and 8-0 in the conference, winning the NCAC men’s lacrosse tournament.

“Beating them does not mark the high point of our season,” said senior defenseman Justin Smith, “We have a long way to go and we’re gonna rock the national tournament this year.”

In what was the 100th meeting on the lacrosse field between the two rivals, Ohio Wesleyan gained momentum early with a goal from freshman attackman Will Anton.

Junior attackman Steve Hildebrand put one in the net soon after, making it 2-0. Denison responded with a goal at the 10 minute mark, putting Big Red on the scoreboard, but was met with four more unanswered goals by the Bishops.

Freshman midfielder Sean Gellen and sophomore midfielder Lucas Smith each contributed one goal each, with Hildebrand racking up two more goals in the first quarter. By the end of the first, the score was 6-1 with Big Red trailing by five goals.

The second quarter started with a goal from senior midfielder Peter Hamblett to extend OWU’s lead. Denison scored their second goal of the game with 10:24 left in the quarter but was met with a goal by freshman midfielder Storm Schalit. The Big Red went on to score three more goals to make it 8-5 by the end of the third quarter.

Junior attacker Max Tennant scored during the first minute of the third quarter, courtesy of a Hildebrand assist, and Tennant and senior midfielder Luke Leyden followed with goals, both assisted by junior midfielder Cole Jamieson, for an 11-6 Ohio Wesleyan lead.

Ohio Wesleyan led 11-7 entering the fourth quarter and Luke Leyden gave his team some breathing room with an unassisted goal at the nine-minute mark. Denison managed to get one more on the scoreboard but was met with another goal by Leyden and a total of six stopped shots by senior goalkeeper Ben Rigger to preserve the lead.

The 13-8 victory moves the Battling Bishops into first place in the North Coast Athletic Conference at 12-2 overall and 6-0 in league play. The loss drops Denison to 11-3 and 5-1 in conference play.

The win also moved the men’s lacrosse team up to No. seven in this week’s USLacrosse Magazine poll and to No. nine in this week’s United States Intercollegiate Lacrosse Association Division III coaches’ poll.

“Super proud of all the guys, we had seniors all the way down to freshman stepping it up big time for this game,” said senior midfielder Trent Schulte.