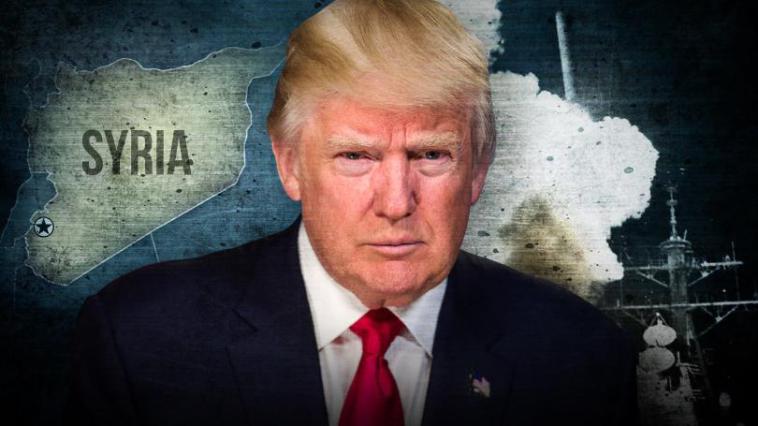 President Trump, despite his past denouncements toward president Obama’s policies in regard to the military fluctuations in Syria, publicly announced his firm stance against President Putin and President Assad as well as his decisions to get the “nice, new and smart” Tomahawk involved.

In the same tweet, President Trump also mentioned his concern about the violations of civil rights toward President Assad by calling him a “Gas Killing Animal.” The big question has been raised immediately of why President Trump, who has been completely indifferent of such subject, did so and why now.

First of all, President Trump may want to regain his public credibility and people’s trust in their leader after the ongoing “call and response” economic war with China recently. Earlier this month, Washington and Beijing have been attacking each other turn by turn with the inflated tariffs on China’s products. This trade battle put an overcast above the U.S’s domestic market and dropped the President’s approval rating to a much lower level. As a president who cannot care more about his support rate and the heat between China and the U.S. does not seem to cool down anytime soon, President Trump now has to redirect the public to an international affair.

On the other hand, by publicly stands against President Putin, President Trump can soothes the uprising doubts regarding to the probability of Russia dipping her hand in the U.S.’s last election. The investigation is close to its climax when Robert Mueller, the Special counsel, accused 13 Russians on February 16 for their attempts to spend millions of rubles on Trump’s campaign. More than that, recently, according to the CNN, the White House revealed to the press that President Trump is capable of firing Mueller and hiring a different Special counsel. Even though there isn’t any official decision made yet in regard to the future of Mueller, this could be something worth raising
eyebrows.

Second of all, President Trump can leans on his concern toward the violation of civil rights in Syria to retake the U.S.’s military presence in the Middle-East. On the global political chessboard, Russia is becoming more and more dominant on this regions after many constant military interferences in Syria. Moreover, the announcement of the U.S. retreating her troops from the Middle-East by President Trump worried the Western allies and created doubts about the leading position of the U.S. By warning Russia and President Assad about the possible counter-attacks with Tomahawk and, recently, firing these missiles at East Ghouta, President Trump is showing his capabilities to the whole wide world and calming the European fellows in some ways. This seems to be the only choice for the U.S. to regain her possession of this troublesome region.

However, firing Tomahawk at East Ghouta can be very risky for the presidency of President Trump. I personally think that if President Trump cannot keep these strikes on check and sinks himself in the prolong wars that have been broken out for almost a decade, not only many other soldiers and civilians from both sides will be crushed but the U.S. will also be positioned in a face-to- face war with Russia. Who knows what can happen if the tension
remains unsolved, if not escalated.

One thought on “Firing Tomahawks at Syria, why and why now?”