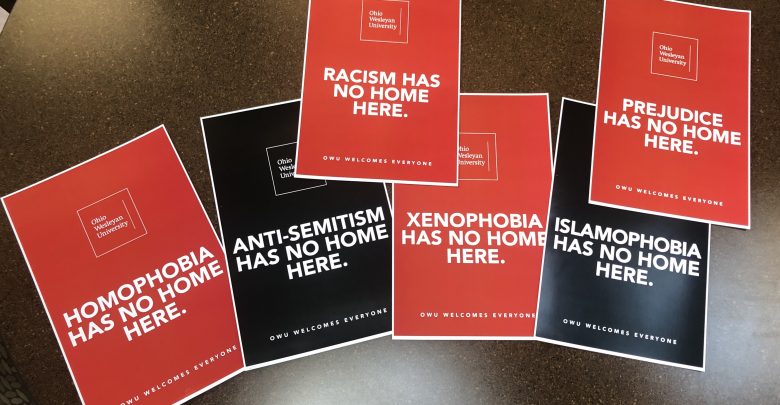 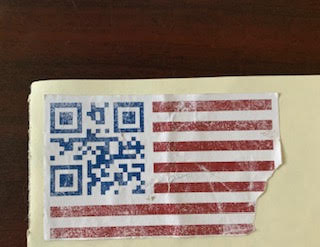 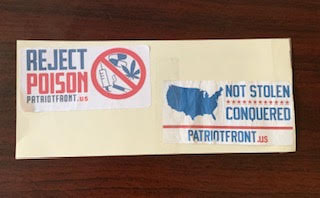 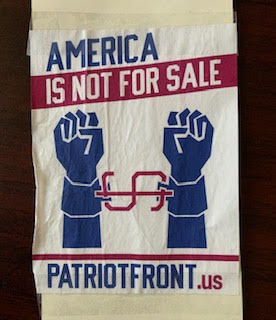 Ohio Wesleyan University (OWU) was one of six college campuses in Central Ohio that was targeted by a national white supremist group which is under FBI investigation.

On Nov. 1, stickers were found on campus including the academic side and Hamilton Williams Campus center, said Cole Hatcher, the director of media and community relations.

No stickers were found inside buildings. They were stuck on lampposts and signs, said Dwayne Todd, the vice president of student engagement and success.

Todd and Juan Armando Rojas, chief diversity officer and professor of modern foreign languages, do not want to name the group to prevent giving the group more attention.

“We’re not naming it because we don’t want to give them any additional publicity,” Todd said.“We didn’t want to put the name of the group in the message. We didn’t want to link to their website because that just fuels them.”

“It’s not about them; it’s about our institution,” Rojas said.

The FBI sent a warning that the group was active in Central Ohio and was targeting college campuses, Todd said.

About 25 stickers were found on campus, Hatcher said. Stickers had white supremist messages on them such as “America is not for sale,” “Reject poison,” and “Stolen not conquered.”

Hatcher said the stickers appeared and stopped in a small window of time.

President Rock Jones held a meeting on Nov. 4 about the matter. Rojas said the meeting was productive and engaging.

“We know that similar or identical stickers have been placed on other campuses in central Ohio and the FBI in its investigation of the matter believes the stickers are being placed by individuals from outside of the campuses,” Jones said.

“The notice that the FBI sent us showed Capital University, Ohio Dominican, Columbus State, Ohio State, us … (and) Otterbein,” Todd said. “All those schools had images from the same group posted.”

The group hit both public and private college campuses, which created a tricky situation for law enforcement due to the differences in free speech rights.

Greg Naples, supervisory special agent of the FBI, said in an email that the group is “tied to a neo-Nazi racially motivated violated extremist ideology.”

As the stickers were being taken down, it seemed as if more were being put up in their place. Todd thought somebody was still on campus, putting stickers up as they were being discovered on campus.

“As soon as we knew what was going on, we were going around campus and removing them so I’m not sure the majority of students ever saw them,” Todd said.

“We would pass by a place where there weren’t any and we came back and there were some.”

FBI agent Naples confirmed that. His email stated the group is in the midst of a campus recruiting campaign by placing the stickers on or near campuses.

“They are all red, white and blue with various slogans and/or symbols,” Naples said in his email. “When a member puts up the sticker, he/she takes a picture then posts it on a PF site,”

Nothing of this sort has happened before on campus, Todd, Rojas and Hatcher said.

Hatcher recalled some graffiti on campus a few years ago and Todd recalled the Westborough Baptist Church, which is homophobic, coming to campus.

“In one case, I think it was just random scrawling and I think there was a small amount of graffiti after the 2016 presidential election,” Hatcher said.

“They (Westborough Baptist Church) were here once and then they threatened to come a second time but did not from what I understand,” Todd said. “I consider them a hate group but not a group that’s a white supremist group like this.”

Todd described the most recent incident as disturbing. He was disgusted that this happened on OWU’s campus.

“For me, white supremacy is not a new concept and I am not surprised it happened,” said Alexis Thomas, president of the OWU Black Student Union. “I am hurt that it happened, but also this is not anything new, at least for black people.”

Collective efforts have been made on campus. Todd said there has been a show of solidarity that the efforts of this white supremist group are intolerable at OWU.

“We had people fanning out all over, looking for these things and trying to show support to students and others and we’re planning an event,” Todd said.

An event called One OWU gathering of unity and support will take place on Nov. 13 at 5 p.m. at the labyrinth with the objective to celebrate OWU.

Chad Johns, the interim Chaplain said The Chaplain’s Office is an interfaith office that serves students of all faiths or no faith.

“Whenever hateful and ridiculous ideologies like white supremacy arise, our response must be to stand firm against the lie that some people are superior to others based only on the color of their skin, their country of origin, their gender…” Johns said. “We choose instead to celebrate the beautiful diversity of the one humanity that we all share.”

Posters were put up across campus with slogans such as “Racism has no home here,” Hatcher said.

An email sent by Rojas to OWU students and faculty addressed the poster campaign.

“If anyone sees something like this happen, call Public Safety right away,” Todd said.

If something of this sort occurs on campus again, Todd said Delaware police will be called. If a member of the group comes back to campus, they can be charged for trespassing and can get arrested, Todd said.