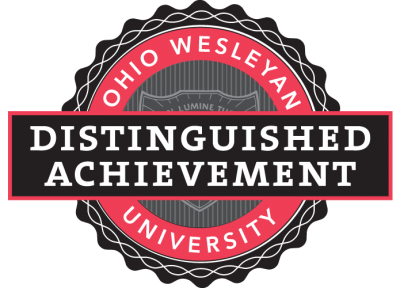 A total of 51 students, ranging from sophmores to juniors, were recognized for earning a GPA of 3.66 or above.

President Rock Jones said, “We celebrate the real virtue of college athletics and that is the integration of the whole person, of the intellectual life of the mind reflected in the acadmeic work of our students.”

Each of the 51 students recognized were asked to bring a guest proffesor. As each student received their award, they spoke a little about why they chose the professor they did.

Aside from the recognition of the top 51 athletes, there were a total of 10 student-athlete awards given to students across all sports.

“This shows how Ohio Wesleyan and our student athletes exemplify the ideals of the division and place primary emphasis on academics,” Athletic Director Doug Zipp said.